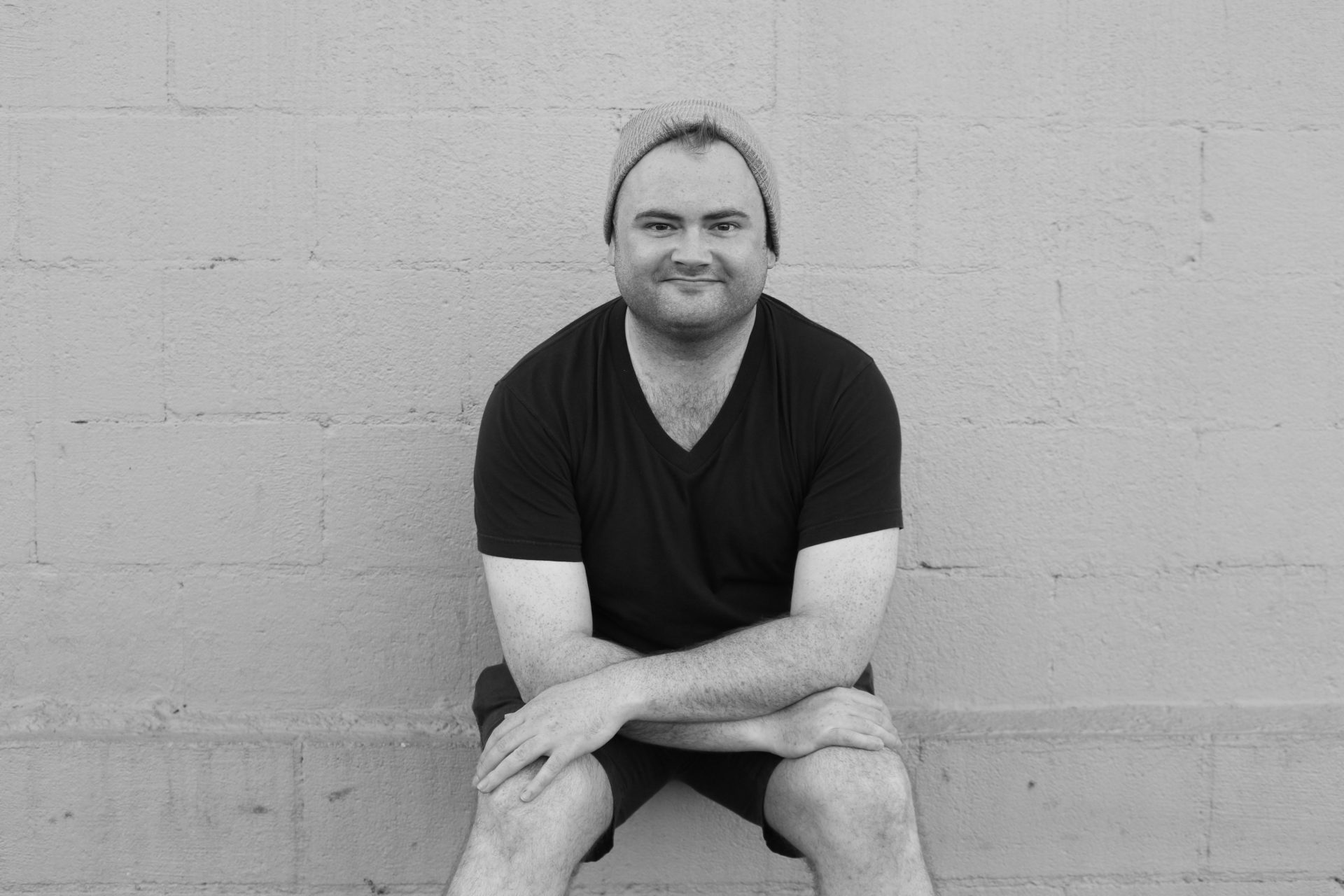 Spaghetti Theater Co-founder, Andy Kanies, is a fan of minimalist theater, abstract ideas and bringing imagination to an audience. The actor, director, producer, and script writer is passionate about growing the Nashville theater scene and making it affordable, fun, and sometimes darkly comical or dream-like. His greatest joy comes from producing material that is weird and interesting for people of all ages and demographics. His belief is that theater is everyone’s right as a human being. It is nourishment, and not just a privilege for the rich.

How did Spaghetti Theater get its name?

There’s an Italian tradition that when making spaghetti, you throw it against a wall to see if it sticks. If it does, that means it’s done and ready to eat.  In 2012, when I founded Spaghetti Theater with Mike and Matt Rosenbaum we had a prototype production in the works but didn’t have a name for the company yet. Since we approached cooking up the company the same way, trying different things to see what sticks, the name seemed entirely appropriate.

It was a one-night event, which consisted of three-act plays. We sold out 75 seats and turned away 30 people. All we did was hand out fliers and promote it through word of mouth.

Is there a strong interest in theater in Nashville?

I think so. Our whole thing is financial accessibility so we only charge $5 or $10 a ticket. Not everyone can afford the hefty price tag of some productions, but people want to see theater.

Where do you perform?

Mostly at the Centennial Black Box Theater, which is where we had our first production four years ago. Ever since, we’ve continued to enjoy the intimate setting of the space. We had our own venue for about a year, and we’re looking for a space to establish ourselves once again. We’d like the space to also be an affordable hub where other theater companies can perform.

Do you show a particular type of theater?

We focus on minimalism and low-tech theater. Sets can consist of two stools and a table. It’s about leaving it up to people’s imagination and challenging them to connect. It’s performance-focused and character-driven with abstract and edgy scenes. For example, in our production of Nerve, the female character slipped into fantasy sequences of choreographed dances in her mind. We do weird stuff that you wouldn’t really see at most theaters.

What inspired you to go in this direction?

When I was 12 years old, my first show was Alice’s Adventures in Wonderland and we had no set and very few props. And that kind of shaped my taste for theater. The experience of using so little technology, yet having an audience completely absorbed was powerful. I want to inspire people to think outside of the box and engage with their own imaginations.

What is your background?

My theater education began in high school at the Nashville School of the Arts and Governors School for the Arts. My first mentors were these two brothers whom I blame for me doing theater now [Laughs]. Right out of high school, I began performing with the Nashville Repertory Theatre, the Tennessee Performing Arts Center (TPAC), and teaching at the Nashville Children’s Theatre.

Is there a large theater scene in Nashville?

Although small, we have a good thriving community here. One of the reasons I’ve stayed in Nashville and didn’t move to a larger city is because they need less people like me in those places [Laughs]. The acting and talent is just as good in Nashville— the budget is just bigger in metropolitan cities like Chicago or New York. One of the reasons I like minimalist theater is because we can bring quality, but in an intentional low-budget way. I want to help the community here continue to flourish and enable those like me who are crazy enough to do it.

What could improve the theater scene?

There’s an island syndrome. Each theater company is on their own little island and my goal is to cross-pollenate companies. I want the islands to start trading with one another [Laughs]. The way to do that is create more work and accountability as well as healthy competition. More people like theater than they know. They just need to have the right experience. Theater is one of the oldest forms of art and communication, and it is our responsibility to keep that evolving.

What else do you do differently with Spaghetti Theater?

After every show, we give people the opportunity to be involved through Q&A’s. And sometimes we throw dance parties a week before a show opens. We had 50-60 people at one dance party and every single one of them showed up at the show.

How often does Spaghetti Theater have productions?

We do about 3 productions a year, but once we get our own space we’d like to do more. Last year, we performed A Small Engine Repair, A Bright New Boise, Nerve, and The Aliens. In January, we will perform the dark comedy, This is Our Youth, which is about the uncertainty and chaos of being a youth in the 80s. Lots of pot smoking and cocaine references [Laughs]. I think it’s really relevant right now because people talk about the millennials, but every generation does stupid things; it’s called youth. In November, we’ll debut a horror series of three short plays, Tales from the Script, will debut at the Centennial Black Box Theater. I’m the co-writer and director of one of the plays. It’s a weird one – lots of fever dreams.

How many plays have you written?

We do a combination of already published work and original locally written work. I’ve written two full-length plays and probably about 25 sketches myself.

How do you think script writing differs from other types of writing?

A script is a blueprint for other people. It’s a door that opens up collaboration. You have to keep in mind that an actor will be speaking the lines, so I think one of the most important things is hearing it out loud. We do this by getting together a group of actors to read the script to see how it sounds. If someone stumbles over a line, then it probably needs to be more natural.

I think acting is about truth and finding honesty in a situation.  A lot of people think of acting as pretending to be somebody, but really, the beauty of acting is the way you put yourself in a situation to find how you would honestly react. My favorite thing about theater is the collaboration. My mentor said that every scene in acting is about making the other person look better. If everybody does that, we all look great.

What are your strengths as a director?

I would say my biggest strength is that I trust people. One of my goals in leading this company is based on Lao Tzu’s teaching: “A bad teacher takes credit for his students, but a good teacher, if he’s done his job properly, allows the students to say they did it themselves.” I like being the subtle, invisible hand that guides, rather than dictates.

What other work do you do?

I’ll be teaching adult acting classes at the Centennial Black Box Theater called “Movement & Focus Workshops” and “Acting 101.” I also teach workshops every once in a while to high school students at camps and schools. One of my specialties is what I like to call: Hyper-focused Kung-Fu. There’s also some voice-over, audio book reading, and commercial work I do.

Do you think Spaghetti Theater will be around for a long time?

I’d like for it to be around forever, but I’m not sure I’ll run it forever. I want for whoever takes over it after me to focus on collaboration, life, electricity, accessibility and involvement. I think what’s helped me to run this company and stay grounded is that I don’t want to be famous. I don’t want exposure nor to have my name on everything. I want to elevate the community and do this for the city. My goal is to create work for actors here. While it may seem idealistic, I think it takes a couple of people to be that naïve to make it work.

To find out more about Spaghetti Theater click here.