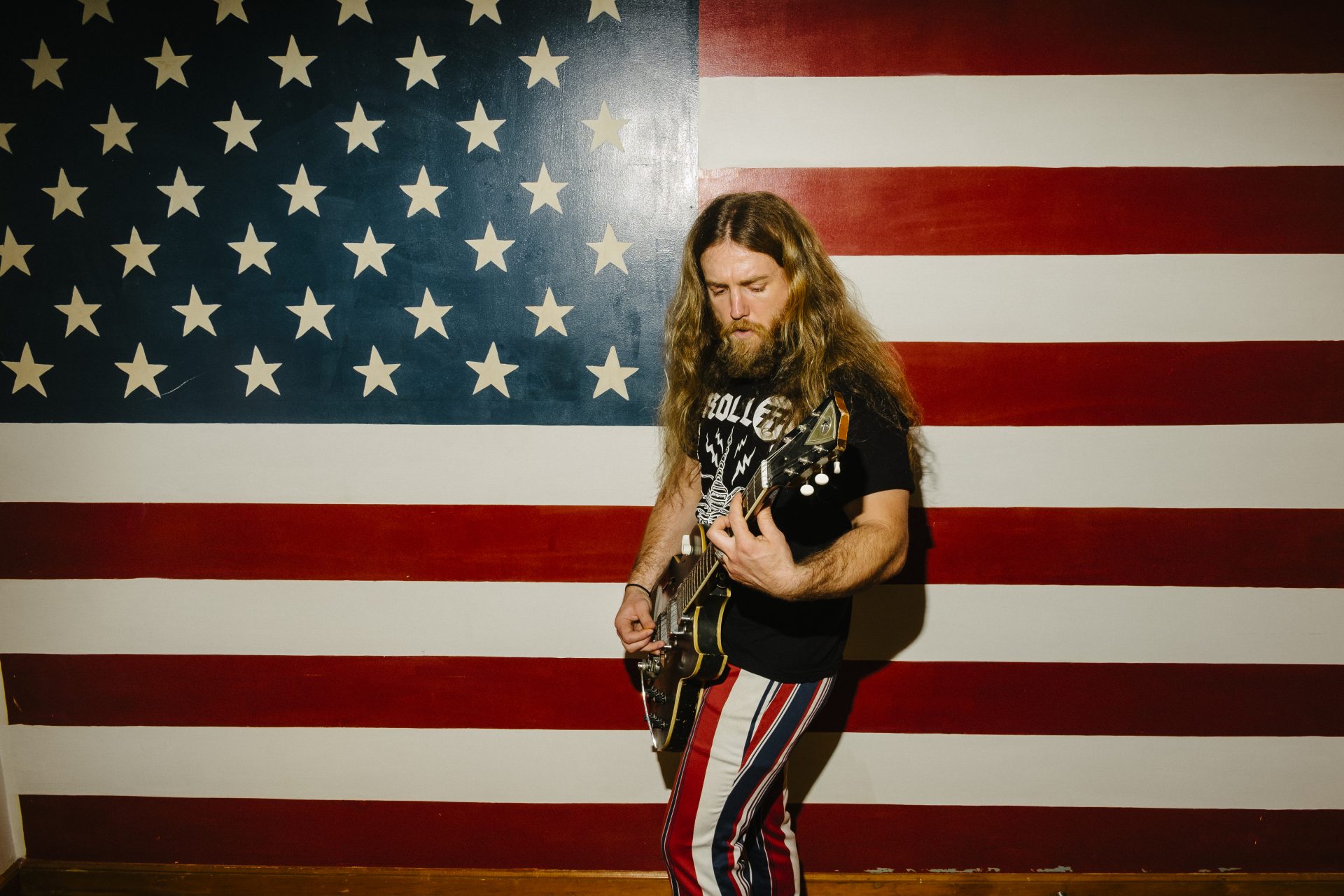 “This solo project wasn’t about control but rather overcoming the challenge of working alone.”

On his first solo album, musician Zack Murphy shines a light on the ludicrosity of American culture. Yet, like a nervous laugh in the face of disaster he openly admits to being part of the problem.

“American Goon explores the idea that what propels mankind forward can also simultaneously screw us,” the Blackfoot Gypsies drummer, and closet political junkie, explains. Birthed out of a basement studio in Nashville, TN, American Goon showcases Murphy’s affinity for poking fun at himself and society. It is not in the musician’s nature to take the world at face value. His goal is to say what secretly rattles around in other’s heads.

While Murphy alternates between guitar, bass and percussion, the drums are truly his spirit animal. After inheriting his grandfather’s kit, he began taking lessons in his hometown of Nashville, Tennessee. By learning from world-class performers and revisiting the funk, soul and folk of his childhood he developed an appreciation for simple beauty. The musician wanted to capture sounds as they came. Whatever’s gonna happen is gonna happen was his philosophy during the creative process.

Like any artistic project, American Goon was rife with obstacles— most significantly, Murphy’s transition from collaborating with his bandmates to creating on his own. However, by staying in the moment he was able to focus on the process and overall performance. Much like martial arts, his newfound passion, Murphy looked at the hurdles as a way to develop a greater sense of self-trust. Everyday he found his barometer and set it slightly higher. For him, “music is about constantly grinding, improving your skills and embracing the outcome—whatever that is.”

This attitude of spontaneity resulted in a project that couldn’t have been strategized. By taking the pressure off, Murphy rediscovered pure joy—reminiscent of when he first started playing music.

“When you’re playing with other people you vibe off one another,” he explains. “This project taught me how to not exhaust all of my resources and  take myself out of the equation in order to create the best product possible.”

All photography by Jon Morgan