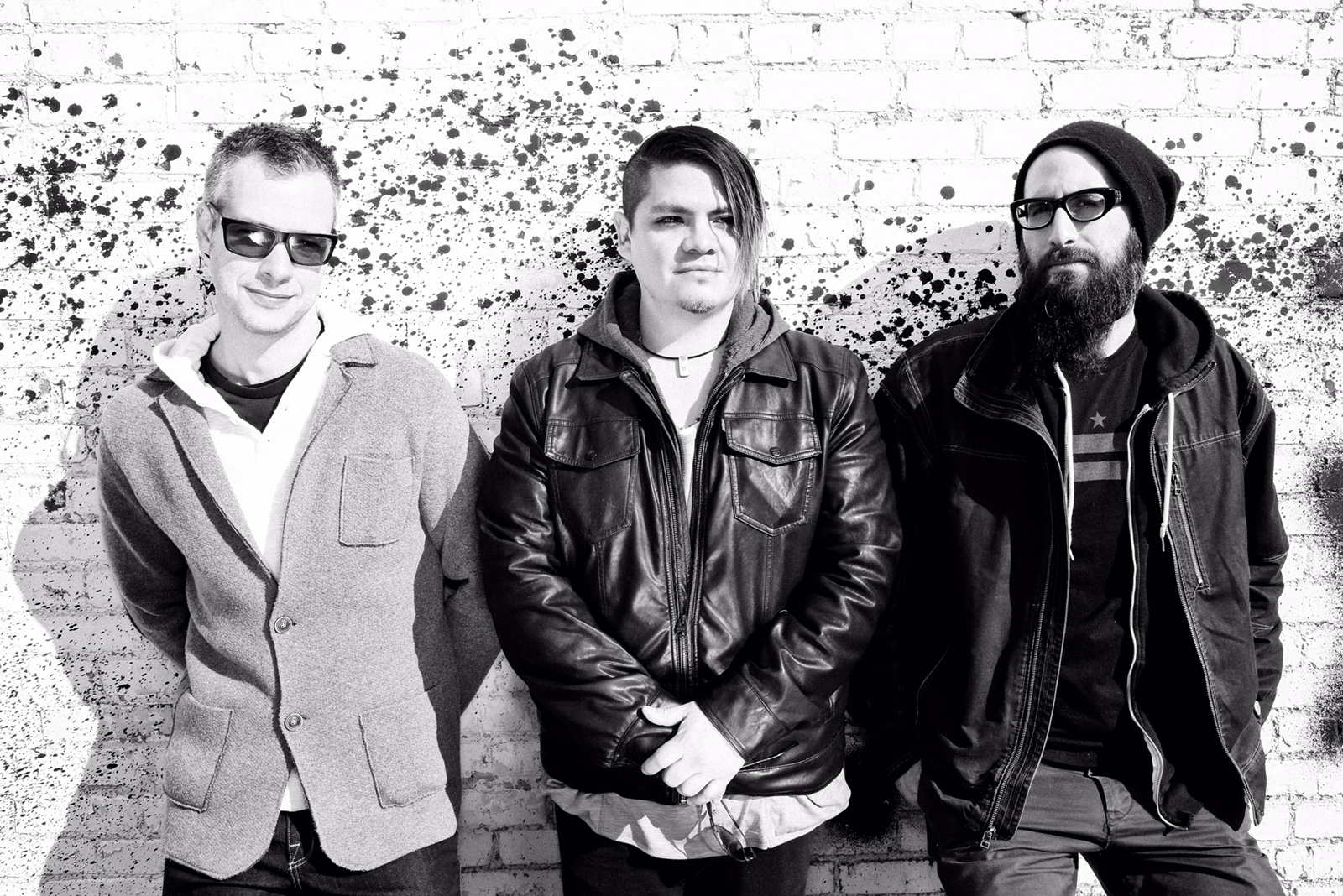 “We’re not hippies and absolutely hate the term jam session.”

Jon Von Boehm—Bass Guitar:  I worked in Nashville for a decade as a session musician. Eventually I became tired of banking on other people’s success and decided to pursue my own artistic desires.

Michael Gutierrez—Sax/Vox/Effects: While I’ve studied with world-class professors, the majority of my learning has been street education, collaborating with different cats and listening to anything I could get my hands on.

Where did the name 3AM come from?

Michael: That’s always been the magic hour where everything else falls away. Typically, I’m so exhausted there is zero left to lose. It’s when the heart, soul and strands come through in the music I’m making.

Jon: My time is 8AM, which just doesn’t sound as cool. {All laugh}

Why have you stayed true to your chosen instrument?

Jon: By breaking the rules, I’ve been able to do anything that I wanted with the bass guitar.

Ben: The drums binds everything together and determines the final outcome of a piece. Also, I just like to hit shit.

Michael: My sax does what I tell her to do. Period.

Tell me about the process of collectively developing your sound.

Michael:  It evolved by not thinking too much into it. Organically, everything shifted into focus.

Ben: Like with romantic chemistry, you know within the first couple of notes if you click or not.

Jon: By listening well, we’re able to play off one another.

Michael: On a spiritual and personal level, the different elements we bring to the table create balance.

What dynamic do you think makes for a successful band?

Michael: The willingness to do obligatory tasks and realizing that you’re going to stumble 100 times before you succeed. In the meantime, thank god, we all know how to survive. Most importantly, I can be naked in front of these guys.

Ben: Creatively, yes. He means we know how to put our egos aside.

Jon:  Oftentimes we improvise and compose on the spot, which is when you really need someone to hold you up. When expressing yourself in a spontaneous fashion, communication is crucial.

Jon: The terrifying component is the appeal. It’s a natural high that keeps you on your toes, and keeps you from sounding like a karaoke machine.

Ben: Like in basketball, there are split second decisions that have to be made so the other team doesn’t cream you. There is no telling how the other team will react. Similarly, improvisation tests and pushes your abilities to the next level.

Jon: It’s a form of self-expression that is a lot more heart-centered, emotional and visceral, which is rewarding.

Ben: Thank god ’cause otherwise, music can become like a book where the words never change.

What is the one philosophy that you continuously abide by?

Jon: When people witness your passion, they see greatness. Once I finally started doing my thing, everyone went, “Where did you come from?!” It’s like, “Guys, I’ve been here forever.” But they didn’t notice me until then.

Ben: Becoming an artist is one long path of honing your style and craft, and constantly being open to change. Every situation gets you to the next phase in the game.

Michael:  At a certain point, you have to go through everything and then forget it all.

How do you strike a healthy balance when focusing on a project?

Michael: The motivation is to be 1000% in the moment. The goal is to do that without any effort at all.

Jon: The key to creativity is just relaxing.