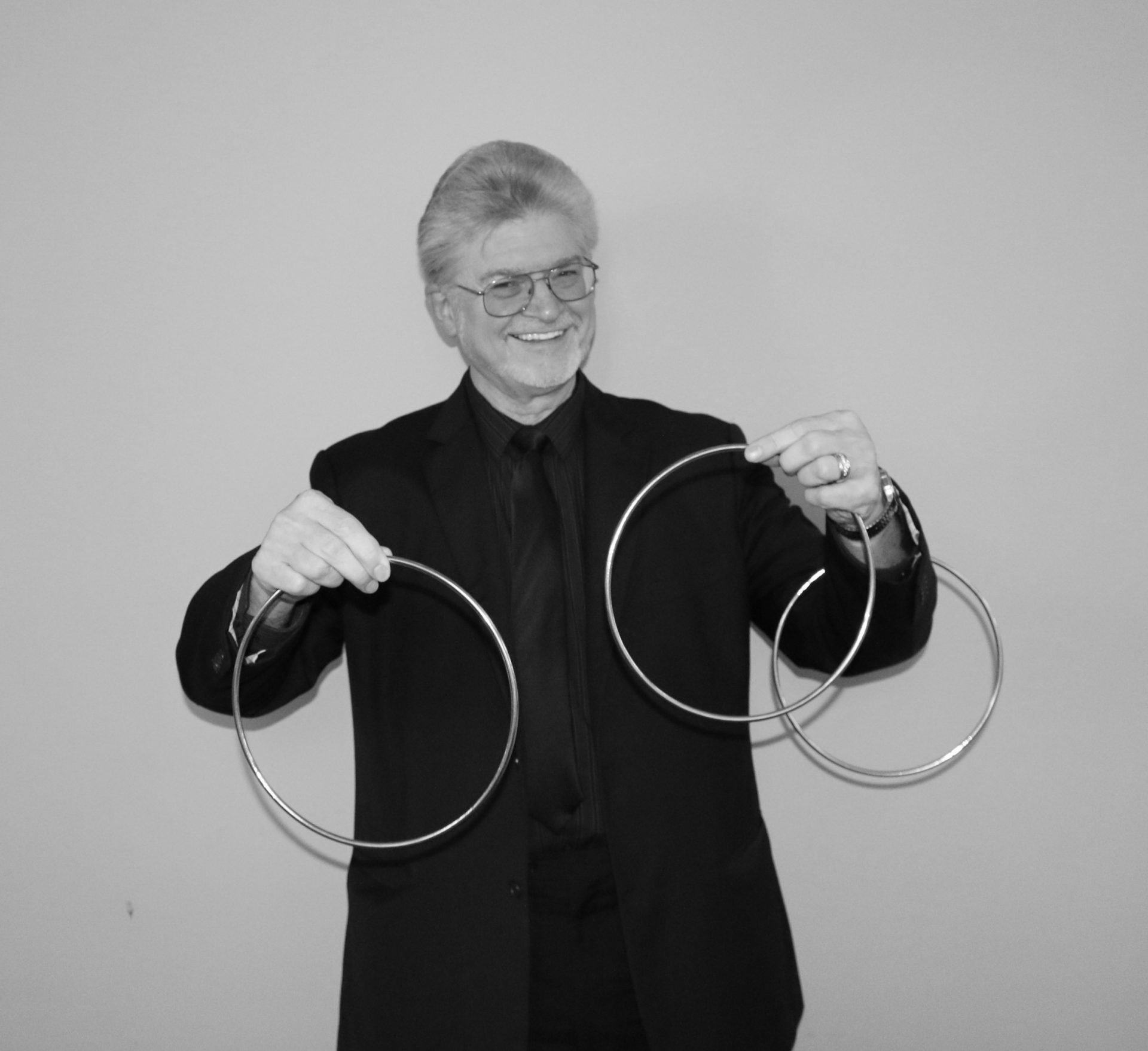 I sat down with magician Gary Flegal on (wait for it…) National Magic Day—a celebration of industry legend Harry Houdini and Halloween. Gary blew me away with his magic tricks and left me wondering for days how he did them. It makes sense though, considering he’s spent 40 years perfecting his craft, and occasionally working on a presentation for 15 years before performing it in front of a live audience. While Gary may specialize in illusions, his talent is tangible and respect for magic real.

When did you first discover your love of magic?

GF: I started doing magic at around nine years old after seeing a magician perform at a father-son banquet. Not long after, I read anything magic-related I could get my hands on, and started putting on magic shows for my friends. I wasn’t particularly good, just very enthusiastic. At 23, I started performing for the public.

Was there a turning point when you decided magic would be your full-time job?

GF: You know, it was a very natural process. I have a Ph.D. in health education and a background as a teacher so I was doing magic part-time while working as a teacher, college professor, and for a hospital. In 2011, I decided to pursue it full-time.

How did your job as a teacher and health educator tie into magic?

GF: The people skills that I developed over the years are essential in terms of relating to an audience. Also, they do say “laughter is the best medicine,” which I believe is true.

Who’s your audience and where do you perform?

GF: I do a variety of private and public events from businesses and churches to a series at the Nashville Public Library. I really enjoy family audiences. There’s a child in every adult that is just waiting to come out and play.

Has there ever been a negative reaction to your performances?

GF: Five years ago, I did a mind-reading performance—a trick because obviously I’m not psychic. Someone complained that what I was doing was witchcraft, but I took it as a compliment because they thought my skills were real. (Laughs)

Do you have any specialties?

GF: I have a couple signature pieces. One of them is making a table float between me and an audience member. Another is collecting coins from people’s ears and noses.

How does magic allow you to best express yourself?

GF: Performing is when I feel most completely about myself. I know it’s where I am meant to be. They say the #1 fear amongst adults is public speaking yet, for me, performing in front of 600 people is a good day.

Is there a community of magicians you’re a part of?

What do those groups provide?

GF: A place for magic enthusiasts to come together and share their love of the craft. All levels attend, from beginners to full-time magicians. We teach tricks and perform for each other yet, most of all, we’re very supportive. Nashville has a fairly high percentage of people that do magic full-time. Similar to musicians, the central location of our city makes it easy to reach the rest of the country.

What qualifies a great magician?

GF: Several different things: There’s a technical aspect to making your tricks look real. But most important is the relationship between performer and audience. That’s where the real magic lies. Truly successful performers create fun and make people smile.

Were there any learning lessons along the way?

GF: The ability to get up and fail in order to develop your own style. Emulating others never worked for me.

GF: Many people believe that “seeing is believing,” which magic tears to pieces. Some people get frustrated at what they don’t understand.

What’s most fun about it for you?

GF: As a magician, you lose some of the wonder because you know how every trick works. My pleasure comes from creating those moments of surprise and wonder for other people.

GF: Read lots of magic books, which allows you to add your own spin to the tricks. Videos are great but you’re also more likely to copy someone else’s moves. Like anything, practice is the key because confidence makes your performance appear real.

Interview and Portrait by Nicole Baksinskas