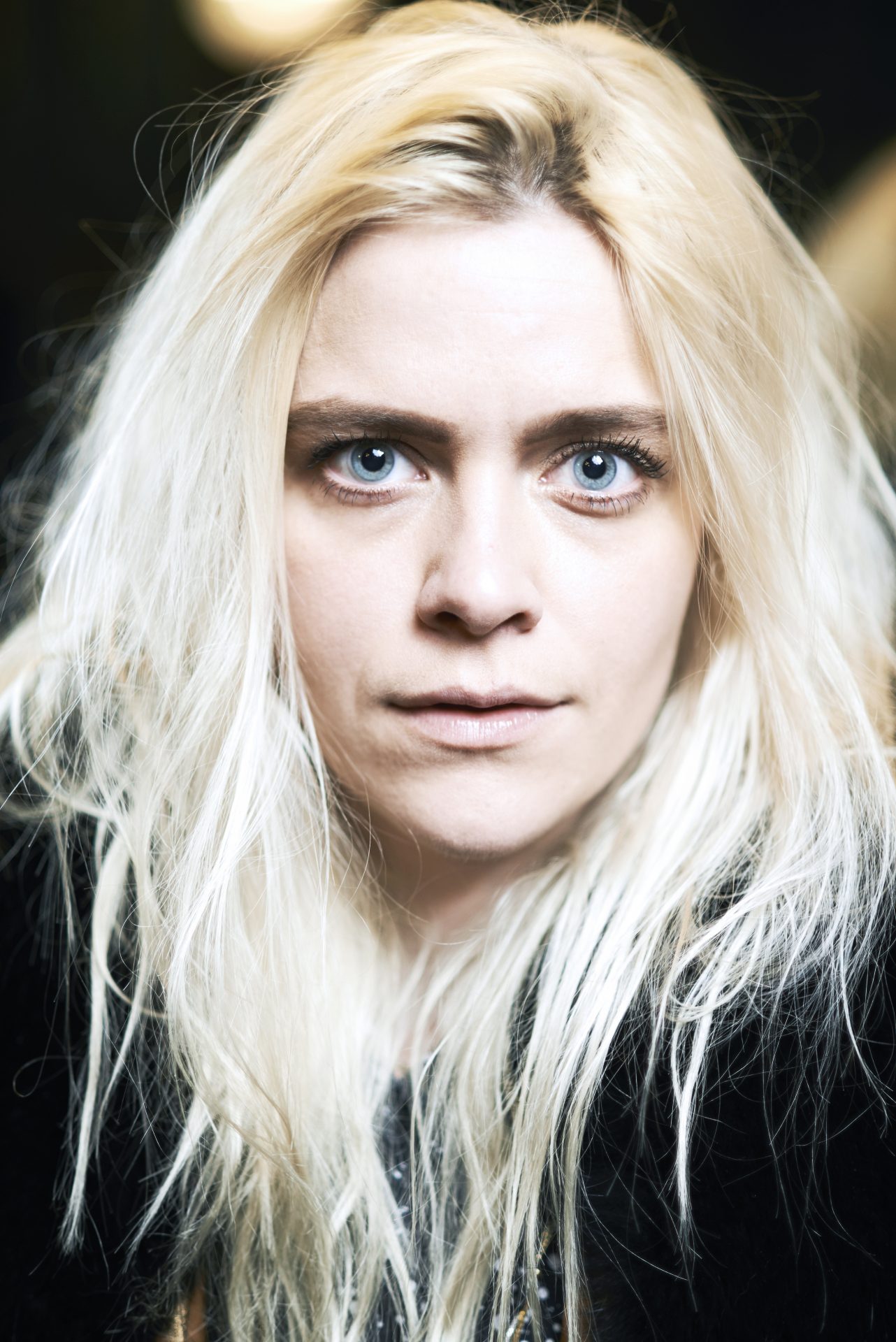 In the 1800s, once a client chose their fabric, the tailor (figuratively) stamped their name on it. It was believed the garment gained soul after finding its owner. Savannah Yarborough, founder of bespoke luxury leather and fur outerwear brand Atelier Savas, designs in this same format. For the first time in her life, she has no fear about launching her artistic visions into the world. Whether others get it is none of her business.

While traveling all over the world as head men’s designer for Billy Reid, Yarborough’s favorite folks became the leather makers. They gave her great appreciation for the material and taught her about the process. Learning from the masters is how she built a custom leather jacket business with a cult following around the country. Similar to therapy, the down-to-earth Birmingham, Alabama native seeks to understand her clients and the style they are after. From roses that represent a deceased spouse to geometric shapes for a lover of math and science, she imparts components of their personalities into each creation.

Passion is mandatory in Yarborough’s process—a labor-intensive, full body production that is quite frankly, a pain in the ass. However, similar to the sex appeal of stilettos, only a leather jacket gives the wearer that much power. Clients compare her outerwear to slinking around in a sports car. Making someone feel like a million bucks is how Yarborough justifies the muscle and madness that goes into her creative process. After all, leather offers a limitless world of its own— one that Yarborough treats with intention, emotion and the utmost respect.

I have a leather jacket that I inherited from my grandmother, and makes me feel like the biggest bad ass on the planet. Was there a particular piece that made you fall in love with the material?

One season, while assisting in the women’s department of Billy Reid, a favorite illustration of mine came back really flat. Post production, we washed it and I wore the jacket as it dried. It molded to my body and took on an entirely new character. I felt connected to it—both because it was my design and fitted my frame perfectly.

How did you fall into fashion?

When I was 17, I moved to San Francisco to attend school for fashion journalism. Prior to that, fashion was merely a fantasy that I saw flipping through Vogue magazine. However, when I arrived they cancelled the program and placed me in design classes. To discover my gift, I had to be forced into a space I didn’t know existed.

Same with my story. Tell me about the moment when you decided, this is my path.

I had an amazing menswear teacher who taught me how to translate photo research into attitude and design. Attending Central Saint Martin’s in London, where Alexander McQueen, John Galliano, and Stella McCartney all studied, was the true turning point. You could send a pile of bricks down the runway if there was justification behind it. Having no curriculum—merely projects—instilled in me a great deal of self-motivation.

How did your career vision transform from age 19 to 29?

Back then, I imagined working for a European fashion house because I’ve always been fascinated by the luxury world. However, my trajectory changed when I started working for Billy. That whole vision went out the window. He and I hit it off immediately because I had a global perspective and understanding of the fashion industry. I was the first person who ever designed under his aesthetic umbrella. Over the course of four years, I don’t know that we ever had a bad day. There was a mutual respect, comfortability and “agree to disagree” mentality. I was involved with design, wholesale, costing, and production, which allowed me to absorb this tornado of information. That became the catalyst for opening and operating a business entirely on my own.

Being the middleman allowed you to learn the back end.

Exactly right. I was like Stretch Armstrong trying to strike a balance between the business and artistic sides. Without even realizing it, I was a sponge. To this day, someone will ask me a question and I don’t now where the answer comes from. All I know is that somewhere, along the way, we made x decision and it resulted in z. However, I still use my gut a lot of the time as opposed to crunching the numbers beforehand.

How come you’re such a hard worker?

{Laughs} Both of my parents have always been self-employed and I grew up watching them work their asses off. Also, when you really love what you’re doing there’s nowhere else that I’d rather be. When I’m bored I go insane.

How did Billy mentor you—whether he intended to or not?

He showed me how to run a huge company from handling countless employees to maintaining a personal life. Now that I’m a business owner that’s the biggest struggle I have. I tend to work too much.

Me too. You’ve been fortunate that Billy had publicly supported your business since its inception.

Absolutely. While I won’t name names, after I left him I took a job that was the catalyst for me starting Atelier Savas. That experience brought me to rock bottom. Sometimes you have to be sick over your current situation to let your mind drift to that crazy idea ass idea in the back of your head. Fortunately, when he learned about my situation he brought me back on as a freelancer, which gave me financial and moral support. There’s not enough amazing things I can say about him. You find your way when you have nowhere else to go.

What was the process like when you finally unrolled your dream idea?

The most important thing I did was find someone who helped me write a business plan. Together, we got down to the nitty gritty and thought through every little detail before I ever made a move. My first year in business, there weren’t really any (negative) surprises because we’d researched everything from cost to competition. Most importantly, I learned there is a real demand for what I am doing.

There’s no disputing that leather jackets are rad however, what about your brand do people really dig?

In the four years that I worked at Billy Reid, the brand orbited around his personal taste. That’s what we put out into the world. It’s the same story with Atelier Savas—I loathe this fast-fashion consumer madness where people shop for clothes like groceries. My way of fighting is it knowing the human who wears my jackets.

There’s no rhyme or reason but rather what resonates with you.

Yes. I love hidden gems, which is why I chose this location. Everyone in Nashville has driven past this alleyway a thousand times but you’d never even know it existed. Just like my leather jackets, there’s a sense of discovery. People don’t know what they’re getting themselves into but they still want to do it.

What’s it like making a living doing what you love?

It’s less about being able to pay the bills and more about making my customers feel great about themselves. Of course, every time I deliver a jacket there’s a little bit of anxiety. It’s like when you study for a test, there’s still a paranoia that overcomes you: “Oh god, what if I forgot all the answers?” I wrote down in my journal a few weeks ago, “Satisfaction leads to complacency, which leads to the death of whatever it was that satisfies you.” While I have dreams about the future, this is no end goal. The day I’m satisfied is the day it’s over.