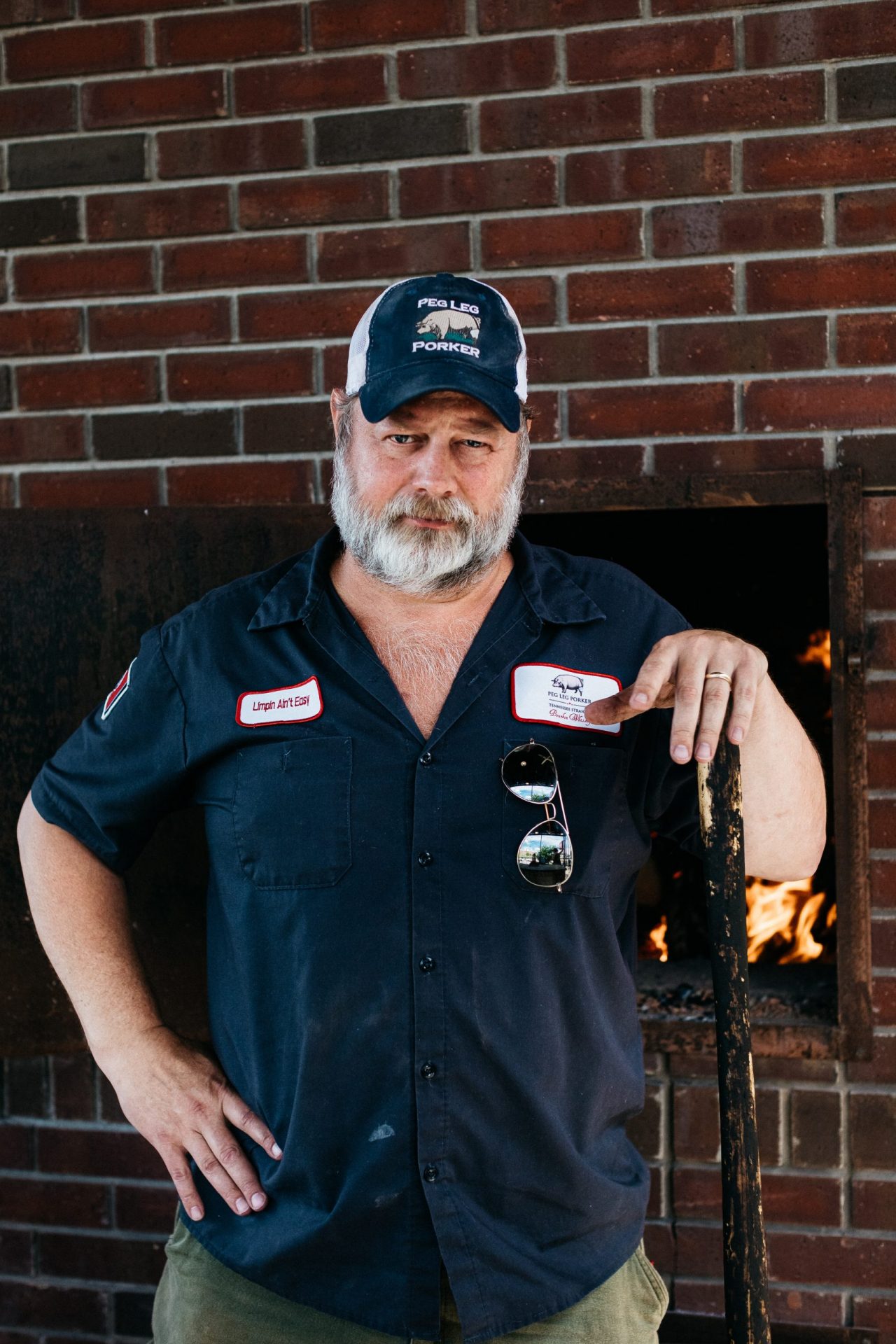 A few months ago I had the pleasure of interviewing chef and TV personality Carey Bringle for one of my favorite local publications, Edible Magazine. Bringle is a BBQ aficionado, pitmaster, and the founder of Nashville staple Peg Leg Porker, inspired by the Memphis BBQs he grew up going to, where the lines wrap around the door daily. (This is true because I live a few blocks away and see people clamoring for BBQ and a cold beer on a weekly basis.) I found Bringle, who I interviewed atop cozy leather couches at his sunlight event space, to be funny, optimistic and open in terms of talking about what he’s learned from success and not-so-great moments. Similarly, I think we could all gain some perspective by reading about his experience in overcoming bone cancer, which taught him to accept the tough times and appreciate the beautiful moments. (After overcoming a life-threatening illness minor irritations suddenly didn’t carry as much weight for the chef.) Yet, what I respect most about Bringle is his appreciation for teamwork. He knows his company wouldn’t be the same without his wife of three decades, children, and employees. Together, they make decisions that work for everyone involved and do things their way, which, as someone who moves at her own pace too, I honor and admire because it takes a lot of courage to tune out the noise.

Do you think some of your drive comes from the trauma you went through at a young age with your illness that caused you to lose your leg to cancer?

Probably, although my parents’ divorce was very hard on me so when my cancer came along at age 17, it didn’t bother me that much. I know that sounds odd but it’s true. It was harder on my family than me. Yet, what I went through shaped me in the respect that I became more social afterwards. I realized how short life could be and wanted to live it to the fullest. That combined with the support of my parents made me successful. I feel lucky because I lived. It felt more like a bump in the road.

Where did your interest in BBQ first begin?

When my parents were getting divorced my uncle Bruce, who we called “Uncle Juice,” (laughs) was living with my grandmother in Memphis, Tennessee. I spent a lot of time with him. He taught me how to smoke a turkey, which was the first piece of meat that I ever smoked. My grandfather on my mother’s side taught me how to smoke ribs. Any article about anything BBQ my grandmother would clip out of the paper and mail to me. BBQ was integral to the culture and everyone respected it. The turning point was when I started a team at Memphis in May where there is a world competition for pork BBQ. I cooked with my team, Hog Wild, for 12 years experimenting with recipes on nights and weekends because it was my passion.

As a hobbyist did you make a lot of mistakes before opening Peg Leg Porker?

Absolutely! I also bartended at Houston’s on West End for a year and their emphasis on customer service, quality control, and sticking to what they did best influenced the Peg Leg Porker. It’s why we treat people so well around here. I always thought I would wait until retirement to open a restaurant so I wouldn’t have to rely on it for money and make compromises. I couldn’t wait that long. Fortunately, I haven’t had to because by the time we opened up people knew and respected the brand.

Why have you made the decision to not franchise your concept?

We’ll have an ambassador outpost at the airport this year but we’re not attempting to build a restaurant chain. I am a big fan of the Rendezvous in Memphis, which is an iconic, family-owned restaurant that has been open for over 70 years. We wanted the Peg Leg Porker to be a destination restaurant and lifestyle brand, which includes everything BBQ-related such as smokers, clothing, food products, and a spirits company. Only having one restaurant, which I view as an anchor, keeps it special.

What are you most proud of in terms of your restaurateur career?

I am proud of the team that we’ve built and what we’ve accomplished business-wise. The only investor we ever had we bought out immediately, which allows me to run things the way I want to. My staff, family, and self are the only people I have to please and that makes things easier. Sometimes you have to move at a slower pace on your own but I’m proud that we are thriving as demonstrated by the fact that we expanded from 3,200 to 12,000 square feet, currently distribute our bourbon in four states and have three more in the works, and the fact that I have the freedom to cut my managers a bonus check of any amount if I want to because it’s from my pocket.

What do you want customers to say about the Peg Leg Porker?

“We are coming back tomorrow!” because they had a warm and fuzzy experience.

What is some advice you could leave us with for fellow restaurateurs?

I’ve jumped out on limbs and had them break off from under me, which is why I believe in being proactive but not reckless. If you are truly passionate about something then you will do the research and find a way to make it happen. I did my due diligence a year before opening Peg Leg Porker meeting with accounts and attorneys who specialized in restaurants and writing recipes in such a way that I knew what they cost per plate. I spent an inordinate amount of time preparing. If you want to feel like you are a part of something going and hanging out at a restaurant, at least for several years, might be better than opening one yourself. Lastly if you do want a business partner pick someone who has skills that you don’t.

What is it like working alongside your wife and family?

My wife and I have been together for 32 years and her emotional support, and honesty, has been integral to the business. We do not hold back in terms of our opinions, which is the secret to a successful marriage and partnership. Being the wife of a restaurant owner is not easy. When we opened she told our kids, “If you want to see your dad, go to the restaurant.” All three of my children have worked here, which has hopefully taught them what it takes to build a restaurant. That includes a strong, understanding spouse.

How do you feel about becoming a “name” in the food world?

I like the camera, I won’t lie, and have been lucky to be featured on over 30 TV shows. However, if you take the cult of celebrity chef too seriously you can lose perspective. I try to use it to my advantage and not get too caught up in the hype. TV has been amazing in the respect that it’s exposed us to an international audience.