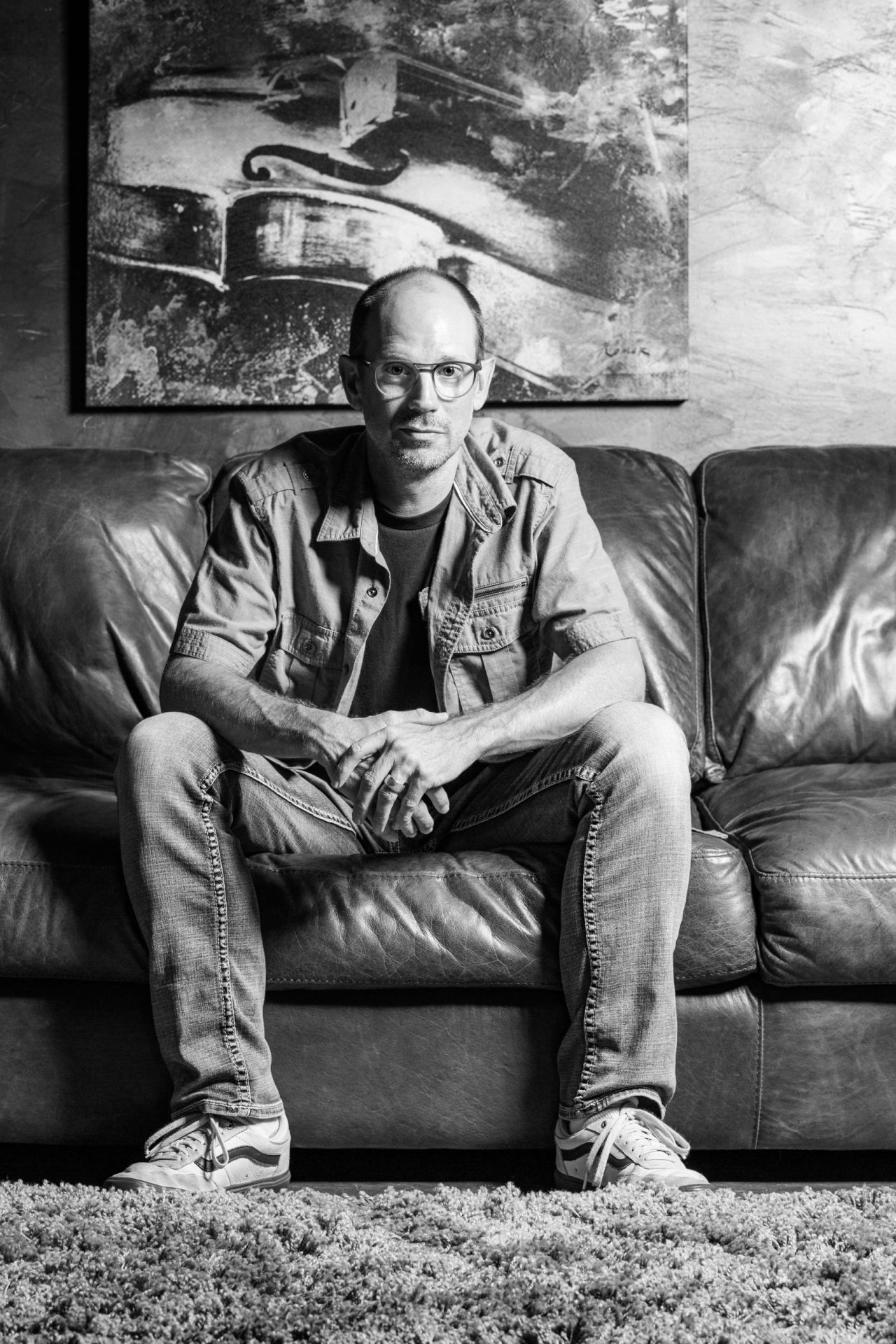 I stumbled across Brandon Gibson’s Above the Line Performance Studio, after auditing some of the top classes in town. Yet, none of them resonated with me. After seeing a Facebook post one day in which Brandon announced that his classes were launching in June I messaged him right away. I was impressed by his 15-year standup comedy career, which included successes such as performing at Second City, UCB, IO & ACME Comedy Theater in Los Angeles, and also his lengthy list of acting credits including 50 national commercials and 40+ television shows. In his free time, as he told me on the phone, Gibson had established himself as an improv performer and teacher at Third Coast Comedy Club and started Funny Brand 777 Productions whose specialty was creating content for TV and film. Most importantly, he made it known that he wanted to cast his actors as often as possible, which was the moment that I was sold—in many circumstances an actor can often feel as though they are in competition with their acting instructor, which is why Gibson is so unusual.

After completing Gibson’s 12-week on-camera course in July, I can honestly say that I grew exponentially and broke through what we call the “rubber wall.” That means finally, in front of an audience, I let my guard down due to his support. It first happened the day that I performed a monologue from the Southern cinematic class Steel Magnolias and found myself screaming in his face, “Mama I’m gonna have a baby and except you to say something along the lines of congratulations!” Gibson could tell that I was holding back, leaning towards meek and mild rather than really letting it rip, and
chased me around the room until I finally cracked. After tears welled up in my eyes and an ocean of rage ran through me I thought, this scene feels real. I cannot say whether or not Gibson turned me into an actor, as I think the knack was always there, but I can confirm that he made me feel safe enough to be truthful and myself.

How did you first get into stand-up comedy and why?
I was always the class clown who would do anything to make people laugh. At age 14, someone suggested that I try standup and I called up a local club, Sir Laughs a Lot, back home in Memphis, who invited me to their Sunday night locals set. Even though I was a child they gave me a chance. Afterwards I started performing at youth events, talent shows, and conventions. At age 16, I got my first TV special and at 18, I became the
youngest person in history to have my own Showtime special.

What did comedy do for you at that age?
Comedy gave me an escape and helped me to feel accepted. As I started to experience more chunks of life it became a refuge and something solid to hold onto. As many comics say, I felt more at home on stage than I did in my own bed at night.

Did you always want to be a comic?
When I was five years old I wrote in my diary that my dream was to go to LA and become a famous comedian. This was always a desire since I was an itty-bitty. As you get older, you start to let go of what you want to happen for what needs to happen. My son wants to be a major league baseball player and I will do everything I can to support him. People project their feelings
so they can have you on a level they can understand & relate to. It’s how you fight for your dreams that allows them to become reality.

What was it like being a standup comic 20-years ago?
I spent a lot of money sending VHS tapes and press packets by snail mail. (Laughs) It was a lonely life that involved a lot of drinking, temporary relationships, and 99-cent heart attack meals. I learned to be alone but also missed interacting with the world.

They say comics are some of the most serious people. Is this true?
In order to deal with the heavy things that happen you have to be able to laugh. Yet, while laughter is freeing and a great coping mechanism, you also have to face reality. The majority of comics are damaged people who use humor to get out of their heads. At a certain point, I became tired of always being the funny guy and wanted to let my demons out in a controlled way instead of repressing them, which is when I turned to drama. Many of the best dramatic actors came from a comedy background.

At what point did you feel like you had excelled at a dramatic role?
I was in a film in 2005 called “The Hanged Man,” in which myself and a few others came together as a group as part of a suicide pact. The transition from being a brash guy in a cowboy hat to the person that rips your heart out of your chest when you learn about his background made me feel proud. I had done the work and it showed.

I’ve seen people in acting classes become very uneasy in the dark parts. Why?
You have to access things you would never do in your worst nightmares and therefore, become susceptible to them affecting you, which can be scary. The best actors can tap into the darkest of characters and safely navigate the space.

What has been one of the pinnacle moments of your career?
I was able to work on a television show, directed by Fred Savage, with Robin Williams. The second I laid eyes on Robin I was flooded by all of these
memories about how much he had influenced my career. Even when he wasn’t doing anything, there was still something amazing about him. I feel so fortunate that I was able to tell him, to his face, that working with him was a dream come true to which he responded, touching his heart, “That means a lot. I’m just blessed to be working.” He was unbelievably humble and grateful. He was the kind of guy who saw what others were going through, and would try to help them, because he also suffered.

After having success as an actor, what made you want to become a teacher?
As an average white guy, I fill the largest casting category in the business. I am no leading man and not as character as character gets. The odds of me were slim, which is why I worked my ass off and have always been a student of the game. Nobody helped me as a younger actor in LA, because if they did that meant I could steal their role, so I had to learn everything on my own. Therefore, I want to provide a space where I can make my student’s lives easier and ensure that they find success faster. The business of acting is dirty because of tradition but it doesn’t have to be that way.

What is your philosophy at Above the Line Performance Studio?
Chasing your dream is difficult enough and it’s my role to remove some of the angst. Talent aside, everyone is entitled to follow their heart full-force. Those who are mean-spirited turn people away too frequently from acting.
That’s wrong because you never know when a light bulb will go off and someone who didn’t appear to have what it takes suddenly takes flight. If and when that does happen I am proud that I was a part of their journey.

You are also passionate about building a film and TV industry in Nashville.
Absolutely! A few years ago, I created my own version of a country variety show that we shot in Nashville. From that point on, I started establishing a production presence in the city. Right now, I am aiming to shoot two pilots, a few feature films, and 50 commercials by the end of the year. I am motivated, dedicated, and don’t take “no” easily, which will hopefully inspire others to build an industry here. If all goes according to plan, maybe Nashville will be known for more than just country music. Above all, my goal is to groom actors and create memorable content.

Hire Lily for an interview here