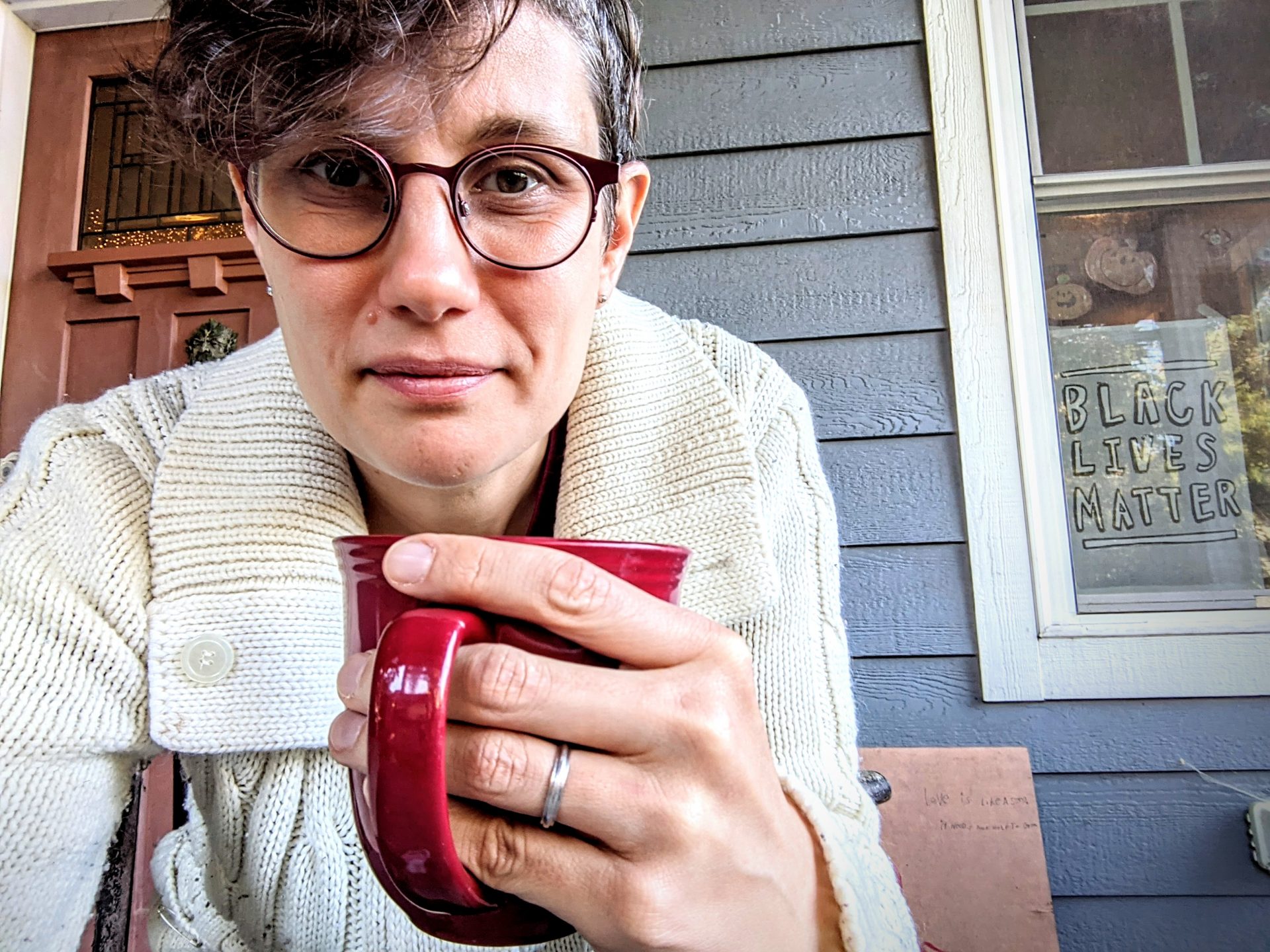 Missy Bell believes short films are the next big thing. “They’re just such a great way for filmmakers to get their ideas and names out there,” says the indie filmmaker, producer, and screenwriter based in Asheville, North Carolina. Plus, thanks to the rise of TikTok and reality TV stars people don’t care if an A-lister is in a movie. They just want to see a great story in an easily digestible format.

Bell is about a month into a massive crowd fundraising campaign on Seed & Spark, created specifically for independent filmmakers. In mid-December, she went “beyond the green light,” which in crowd fundraising lingo can be decoded as, “I get to keep my piggy bank!” Thanks to 100-plus donors, Bell could stop sweating bullets about whether or not she could afford a grip. She could now celebrate hitting the 80%-mile marker after successfully galvanizing the entire community around her coming-of-age short film, “The Library at the End of the Universe.” Most importantly, Bell was going to achieve the noblest goal of all: thanks to the generous donors she could now pay her cast and crew fairly, rather than ask them to work for free. While this might not sound like an earth-shattering concept, in the art world it kinda is.

Like any gifted storyteller, Bell’s success lies in making her film’s message one everyone can get behind. While most of us have never been trapped in a library in outer space (although many of us bookworms wouldn’t have necessarily protested this) everyone can relate to feeling stuck in an undesirable situation. Most importantly, we all remember a time when, like the title character Mildred, we had to make a damn scary decision that we hoped might set us free. Whether it’s leaving a job or a relationship, life oftentimes comes down to jumping off a cliff. (Or maybe a stack of literature in Mildred’s case.) Gleaned from her own struggles with codependence, the premise was one Bell found easy to get behind. She knew how gratifying—and also terrifying—it could be to make decisions for herself rather than to make everyone else happy.

Fortunately, with violence and gratuitous sex in every film and Covid on all the news cycles, Bell’s film fit society’s need for sweeter fare. (Seriously, where did wholesome go out of style?) Her film, meant to inspire any human being on the brink of a breakthrough, rebels against mainstream media in a slightly different way: by focusing on the good rather than the bad. Cheers to Bell for pushing against societal pressures by attempting to make something inspiring, elegant, and beautiful.

How did you end up in Asheville?

After having our second kid, my partner and I decided to convert a school bus into an RV. We didn’t like Maryland, where we were living at the time and were on a mission to find our spot. After ten months of traveling, we settled on Asheville. When I arrived, I was craving community and so, having a theatre background, I auditioned for Anam Cara Theatre Company, an avant-garde troupe that had bimonthly performances. My dad is a pastor, which led me to act early on. I would play Mary in nativity scenes and got really serious about it in high school. I even directed my first play in college, which is when the passion for that started bubbling over.

What was it like to transition from acting to directing?

I am an actor’s director in the respect that I coach a lot. Directing was a natural integration. I love to work with motifs and symbolism because of my literature degree. My background in visual arts is why I love to make beautiful pictures. It was really exciting when all of those unrelated passions fell harmoniously into place. Yet, as a former actor casting is very difficult for me because of the rejection component. Especially in directing theatre productions, it was brutal to talk to the kid who didn’t make it to callbacks. Watching them work so hard and not get the part they wanted was challenging on an emotional level.

How do you make a tough decision when it comes to assembling a cohesive cast?

If the decision is between two people of equal talent, it’s about selecting the one who fits in with the others. It’s why it’s called a cast. One time I had the hardest time casting for a theatre production. The two girls who made the final cut were equally amazing and I agonized over my choice. However, a miracle happened, which is the one I ultimately chose as the principal got sick the first of the two nights. Her understudy was able to perform as well. Both performed!

How did the idea for the short film “The Library at the End of the Universe” originate?

I am a big Neil Gaiman {best-selling and award-winning author, playwright, and screenwriter} fan who often talks about telling the story you want to see, rather than worrying about the rules. I decided that I really wanted to tell a story about a place that felt safe to me. As a kid, I was bullied very badly and started to skip classes in ninth grade to hide in the library. Next, I thought, what if this library is the only thing in existence? I decided that it would float in space so no one would be able to leave. From there, I decided to tell a story about a girl who made a single decision for herself. At the time I was struggling with codependency so the idea of living your truth was important to me. In my film, the library is this very controlled environment where the kids can never finish reading a book. The climax of the film is the primary character Mildred, who has been under the control of a dogmatic librarian, having to make a decision: will she stay at the library or leave with her friend Philip, who knows there is something better beyond, even though she is afraid of walking into the unknown? She makes the final choice for herself.

How did the crowd fundraiser come about and what was it like to put your faith on the line in that way?

I thought I was going to make this project like I did all of my others, which is on a dime with people that I love. A friend of mine, our film’s producer Madeline Tesh, encouraged me to “do the film for real.” In her eyes, that meant to raise money through crowdfunding so we could pay people what they deserved. She convinced me that the concept was strong enough to make it happen. Additionally, she encouraged me to put out a casting call across the Southeast for which we got 800 auditions. I wanted to make sure that I cast the right people—versus ones that I already knew or had worked with—for the right roles. Ironically, I ended up casting three local actors in the title roles and one person from Wilmington: Molly Graves, an Asheville actor who is ironically the sweetest person as the terrifying first librarian, her child Ava Atwood as Mildred, whose audition literally made me cry, and a stage actor who I have worked with a lot in the theatre world named Strother Stingley as the second librarian who is jolly with a dark side. That is proof of how much talent is here in Asheville!

Crowd fundraising was terrifying because I am a people-pleaser who wants everyone to be happy. Since the beginning, we have moved forward in every part of the process as though this film is really going to happen. The thought of that not transpiring, is very scary. All I want is to compensate my cast and crew fairly and have enough help so the process is fun—not stressful.

Donate to Missy’s campaign to help fund “The Library at the End of the Universe” here!

The Perfect Gift For Any Music City Lover This Holiday Season