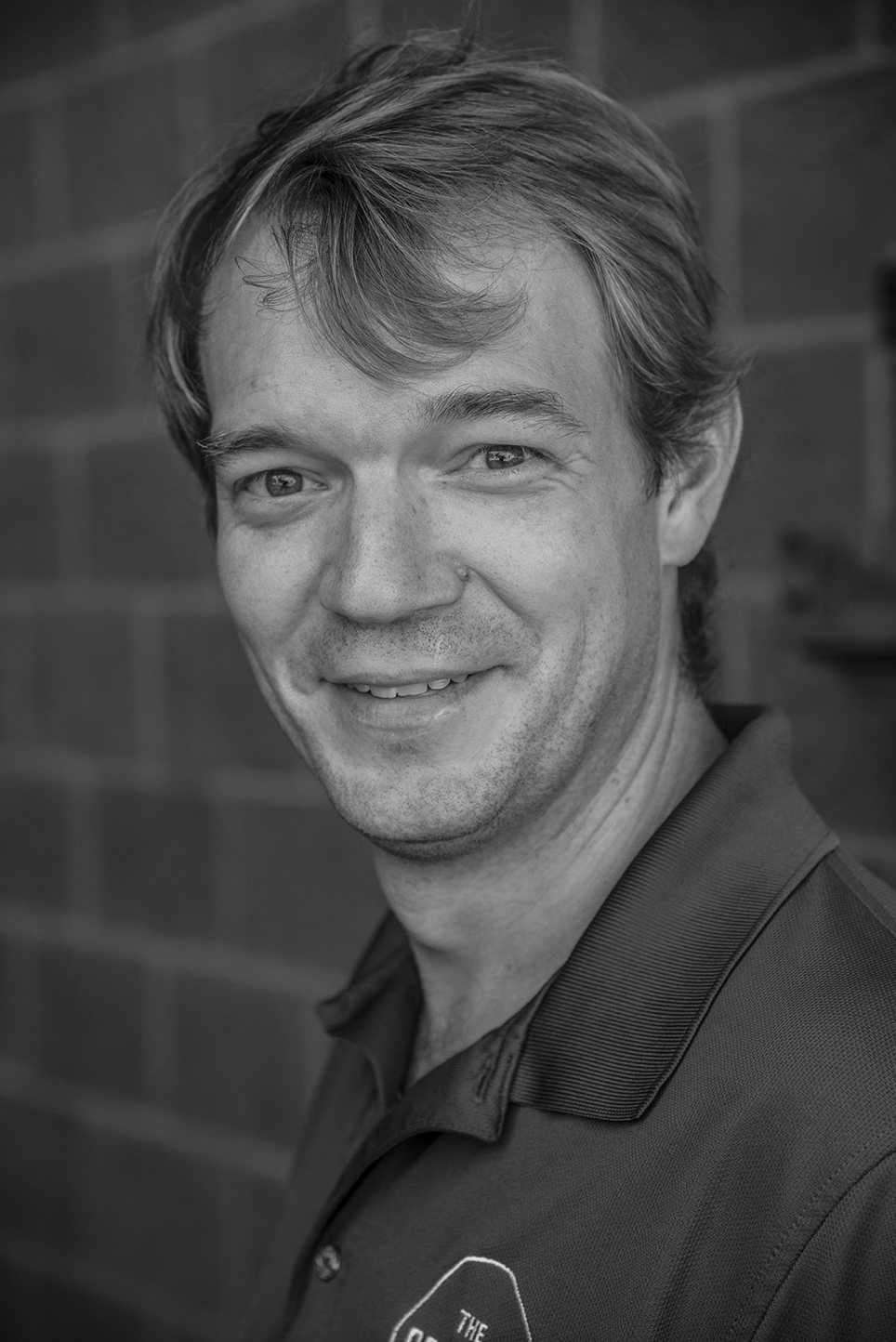 After crunching the numbers and realizing how much organic waste goes into the dumpster everyday, Clay Ezell had to get involved. Ezell, a former literary agent, left his 12-year career in the book business to become a Master Composter. The Compost Company, which he co-owns with his brother Jeffrey and founder Edward Wansing, treats trash as a resource rather than a problem. Processing organic waste into finished compost, instead of landfilling, allows farmers, gardeners and landscapers to put material back into the soil where it belongs. After graduating from New York’s EarthMatter training program, part of the city-wide organics management program, Ezell moved back to his hometown of Nashville, Tennessee. He and Jeffrey partnered with fellow sustainability advocate, licensed architect and green building leader Wansing in 2015. Since officiating their partnership, the trio has made an amazing amount of headway, attracting clients like the Music City Convention Center, Vanderbilt University, and The Country Music Hall of Fame. All are spaces through which millions pass every year. They set the trend and serve as an example for other businesses to jump on the composting train. However, Ezell lives for the day that his company can claim their waste removal services are cheaper than trash. (And therefore, make his sales strategy a lot simpler.) Until then, he’ll champion the nonnegotiable reasons every community should adopt sustainable practices. When it comes to the planet, every bit counts.

What was the turning point that made you want to go into composting?

While I was in New York, Jeffrey was working for the city of Nashville as a recycling coordinator. One day he and I were bemoaning the fact that their paper, plastic, and aluminum recycling program wasn’t coming together faster. After doing our own research, we discovered that 30 to 40-percent of what goes into the landfill on a daily basis is organic material. Crunching those numbers was enough to want to get involved. Maybe we can do well while also doing some good was our thought.

How did your partnership come about with the Compost Company?

Edward Wansing started his company in late 2011. For several years, he was a one-man show and the only composting game in town. After talking to Edward several times, it seemed sensible to become partners rather than competitors. In three years, we have come a long way and worked with a lot of forward-thinking institutions that are passionate about diverting waste. Those early adopters are the anchors that continue to help us to grow.

What was it like transitioning from the book to the sustainability business? That’s a huge jump!

Once we became serious about entering the composting industry, I spent my last year in New York training with a group who does organics, recycling, and processing. It was intense and I had to assimilate a lot of information quickly. Fortunately, there was some crossover from the book business in that I brought some communication skills and an ability to plow though large volumes of reading material into the wee hours of the morning. (Laughs)

Do you study approaches to sustainability in other countries?

Absolutely! Even in the most sustainable parts of the US, we are still way behind the British, the Germans, and Scandinavian countries. It’s not that American’s are bad people: space constrictions often make sustainability strategies more urgent. In America we still falsely believe that we have unlimited room. European countries also encourage and enforce sustainability practices, which is critical because people don’t always do the right thing just because it’s the right thing to do.

What is your number-one goal as a business?

We want to take the argument out of composting by making our services cheaper than trash. Ultimately, saving money is the best way to get everyone onboard.

What are some industries that embrace sustainability practices?

A lot of conference buyers are now choosing their event spaces based on whether or not the venue is sustainable. We are also seeing a lot of uplift in the hotel industry. Even though the margins at restaurants are razor thin, there are currently around 50 in Nashville are active composters. The real tipping point is industry giants like Opryland Hotel, Vanderbilt University, and our first HCA facility, TriStar Skyline Medical Center. Movers like these set trends for entire industries.

What are the pros and cons of pioneering a service?

The runway is always long. Even if someone really wants to implement composting into his or her company, everything comes back to the person minding the budget. If they aren’t convinced, it doesn’t happen.

How do you keep going even when you’re having a hard week?

Patience, persistence, and knowing that our services have a positive impact on the community make it easy for me to get up in the morning.

How do you get an organization to buy into the importance of composting?

First, we have to help them understand the true cost of just throwing material away. And we have to show them that composting can be pretty close to cost-neutral. But in the end it’s the kitchen staff, the potato-peelers and the custodians who are the ones we need the most buy-in from. After all, they are responsible for putting the organic materials into the right container and not saying, “ah….the hell with it.” There is a lot of turnover in the hospitality industry, which is why we do a lot of training as part of our service. Mostly, we rely on our sustainability champions at each location, who ensure the process goes as seamlessly as possible.

How do other cities ensure that people compost in a correct manner?

Cities like Portland, Oregon, and San Francisco distribute tickets if you don’t follow the composting rules correctly. However, there has to be a tremendous amount of public interest to pay for that kind of peer pressure. Maybe one day.

How do you feel about where the Compost Company is today?

When you’re in the thick of it, sometimes it’s important to look up and recognize how far you’ve come. Dropping new logos on our website or calculating collection numbers reminds us that we are making a difference. This year alone, we will process around ten million pounds of organic waste from across Middle Tennessee. Five to six million pounds of that will be food waste from around Nashville. Our numbers have roughly doubled from last year. Every pound and person counts. It all adds up.

Have you attracted any surprising sustainability champions?

One of our clients is a company that buys, refurbishes, and sells forklifts. Not exactly a “probable” client, but since their management is sustainability-minded they recognize that composting makes a difference. They’re my favorite 40-pounds that we pick up every week.

What industries would be a game changer in terms of composting?

Any place that a lot of people congregate at once. Venues, airports, and schools, certainly. The packaging industry is another area where lots of improvement can be made. However, it is the public sector, where a huge portion of landfilled organic material comes from, that can truly make a difference. Getting the population of Nashville fully on board is the ultimate goal. In ten years we hope that every resident in Nashville can drop their waste in the compost bin as they walk out the door.