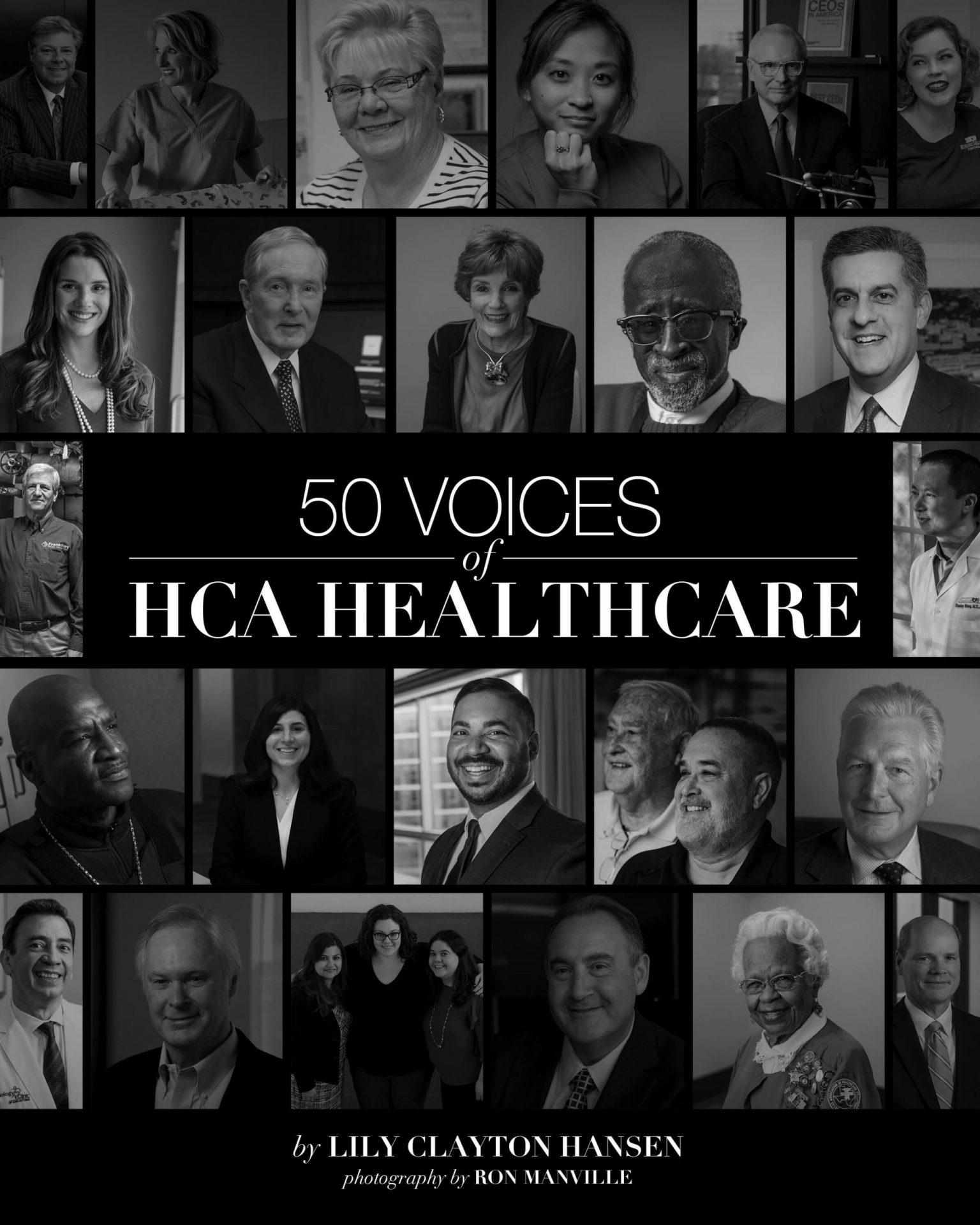 My third coffee table book, 50 Voices of HCA Healthcare, and the second published under my own imprint, came about like many things in life: by a stroke of good luck and a great deal of serendipity. Exactly one year before HCA Healthcare began planning their 50th anniversary, a friend said to me in passing, “You should look into working with HCA Healthcare.” I had no idea who they were or what they did. All I knew was that I trusted his business expertise. He understood my brand, which was all about leveling the playing field among my subjects and showing that each person is just as important as the next. Then, like many things in our warp-speed world, I moved on to other projects and the thought became a fleeting memory.

The following year, in the spring of 2017, I remembered his suggestion and called upon a mutual friend on a whim. “Hey there, sorry to bother you but do you know anyone who works at HCA Healthcare?” There was a long pause. “Yes, my best friend Kearstin is one of the marketing directors. Hang on a second.” A few minutes later I was alerted to the fact that A) his dear friend wanted to meet with me and B) she was a fan of my first book. I couldn’t have imagined better news than that!  About three weeks later Kearstin and I had coffee, and at the end of a very fun yet casual conversation she asked, “Would you ever think about creating a book for us?” While the idea of custom books had crossed my mind before, I had never thought of partnering with a corporation. I mean, let’s get real—I had never had a day job or even consistent healthcare in my life! Yet, I love a challenge and have seldom said no to anything that’s crossed my threshold in the past.  “That sounds great. I’ll get a budget right over to you,” is what I said. Later that day, I rang my boyfriend at the time, who works in finance, crunched some numbers, and sent over a budget. Next, I flew to London to spend the summer and early fall with my love. About five months later I received an email from HCA Healthcare: “We’re ready to start the book in a few weeks. Can you be home next Friday?” Yesiree! 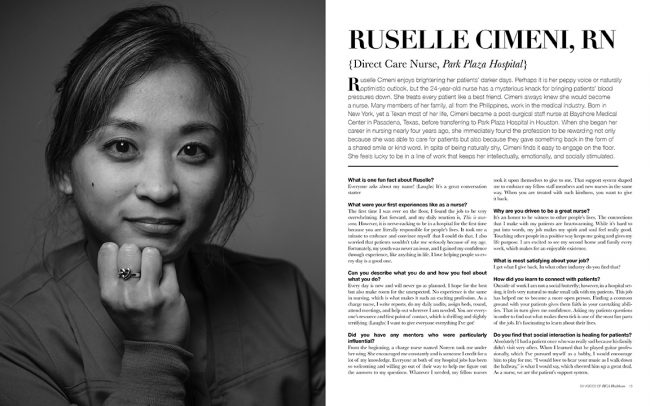 Beginning in late November, I would spent the next 10 weeks of my life, with my photographer Ron Manville in tow, traveling to 22 cities and 10 different states, interviewing everyone from HCA Healthcare’s founder and CEO to their security guards, nurses, and janitors. The goal of the interviews was similar to the ethos behind my first two books about the people of Nashville: use interviews to tell a story of how the people of HCA Healthcare had found their chosen career path, the ways in which HCA Healthcare had been instrumental in their personal and professional success, and what the company’s mission meant to them. Instead of writing about the culture of a city, I was investigating the unwritten rules of a 250,000-person corporation through interviews with its people.

If a company treats its people well, like HCA Healthcare does, there is no better testimonial than intimate interviews with 50 people from all walks of life. While knowing basically nothing about the healthcare industry was unnerving at first, my ignorance soon became an asset. Not only did my naiveté make me entirely objective, but it also allowed me the freedom to ask questions that the hardcore industry players would never think of—they were so familiar with their company culture that they couldn’t notice all of the nuances that made it so unique. I wanted to know what drove each individual on both the good days and bad to do their best, how they had created family-like ties with their coworkers, and why HCA’s healthcare system was the best in their opinion. As a stranger in a strange land, I saw things others might not.

What I heard over and over mirrored the public image the company presented: a culture that retained employees for decades because it took care of its own, encouraged innovation and altruism, and fostered an environment in which people could form lifelong connections. Everyone at HCA had a purpose and a passion, which is the key to a healthy, sustainable career. Taking care of their fellow humans was how my subjects wanted to spend their time.  I am so thankful to have been a small part of HCA Healthcare’s 50th anniversary by creating a book that made me a much better, wiser, and more grateful person. While I have always believed that the people you surround yourself with greatly impact your own character, this company proved the value of that ethos true. As founder Dr. Thomas “Tommy” Frist Jr. told me during our conversation, “Because I looked for the best in people I saw it.” From my own experience with the company, I couldn’t have agreed with him more. 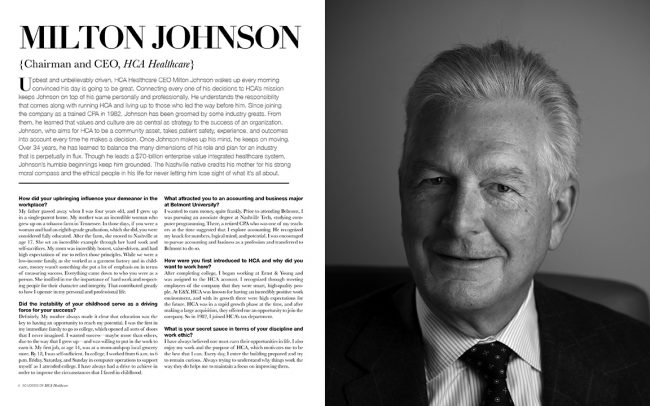 All photography by Ron Manville

A Look Back at Sip It! Featuring Cause a Scene Founder Larry Kloess