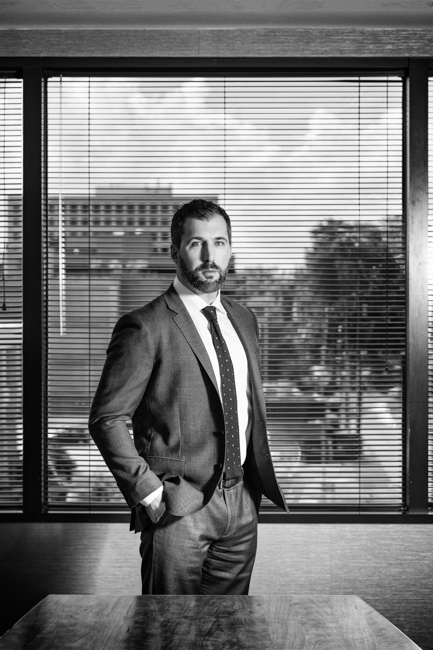 Jeremy Wilkinson is a Managing Director at TVV Capital, a private equity investment firm in Nashville, Tennessee. Similar to his company, which grows businesses in the manufacturing, distribution, and service sectors, Wilkinson guides his clients at a pace that works best for them. What I know from working with Wilkinson in the capacity of a mentor at the Nashville Entrepreneur Center is that he is personable, partnership-focused, and patient. The quality, goal-oriented time that he spends with small business owners is about building their companies and self-worth. One feels equally comfortable expressing their frustrations or joy in front of Wilkinson. The Paducah, Kentucky, native first moved to Nashville 20 years ago to pursue his undergraduate degree. His orthopedic surgeon father and stay-at-home mother instilled in him a solid moral compass. Doing the right thing, through ethical salesmanship, has always taken precedent over easy dollars. Wilkinson was pulled towards the business world at a young age after realizing the empowerment that came from making money. His first commissions were made in elementary school candy drives before he was hired to manage mom ‘n’ pop electronics shops. Yet, it was working for technology titan Dell, where he held 11 titles in ten years, that taught Wilkinson he was limitless when in the right environment. Today he wants to return the favor by showing those he mentors a sliver of what is possible.

What is one thing about sales that would surprise most people?

I read a great book years ago by an author named Daniel H. Pink called To Sell Is Human, which makes the argument that we’re all in sales in one way or another—whether it’s selling yourself, an image, or idea. Similarly, I view sales as a simple, relationship-based exchange that results in both parties getting something they want.

What are some secrets to being a successful salesperson?

The first thing that I learned as a kid was to work harder than every one else. Next, similar to trick-or-treating, you understand that location matters. You get more candy if you go to the neighborhoods where the houses are packed tightly together. Lastly, when I was 17-years old I started working in electronics stores where I was the youngest salesperson by decades. In a Pre-internet era where the customer relied heavily on the salesperson’s knowledge, I decided that I wanted to pursue the path of good. That meant educating and solving my customer’s problems in a way that was most beneficial to them—versus letting self-interest drive my behavior. I’d rather build a relationship and have my business be profitable over time than make a quick buck.

Did anyone in particular demonstrate the ethical salesperson mentality?

I attribute my values to my upbringing and the upstanding corporate culture that I experienced at Dell. Their training reinforced and formalized the style of sales that I had learned through trial-and-error, which was about doing the right thing.

What was the first sales position in which you thought I can do this?

A mom ‘n pop electronics shop hired me when I was a part-time college student to run their company. I was the face of the company and responsible for their revenue, margins, and inventory. Looking back, I think they were nuts for betting their life savings on a 19-year-old kid. Yet, I was cheap and so they crossed their fingers. (Laughs) I can’t blame them. It was an incredible experience at such a young age.

I’ve always been passionate about people, projecting my enthusiasm onto them, and building a social network to meet my quotas. Also, the thrill that comes from receiving a paycheck, as proof of my abilities, never gets old.

You started your Dell career as a sales person and ended it as a senior manager in marketing. How did you land there?

The first person I ever hired in retail, who is also one of my closest friends, called one day and said, “Come work with me at Dell. There is money to be made here.” I trusted him and my lack of health insurance at the time made it an easy decision. (Laughs) Dell is a raw meritocracy meaning if you excel at your existing job, the sky is the limit. I took full advantage of that policy and in exchange, received an outstanding breadth of experience by trying out a lot of different positions.

What else did you learn during your time at Dell?

A lot of times people look at jobs and go, “I could never do that” because I didn’t study it in school. At Dell I realized that I could do almost anything. That made the world much less intimidating.

What advice would you give to others wanting to enter a new industry?

Just because something is foreign doesn’t mean it’s impossible. Today the Internet makes it easer than ever to learn yet, you still must have a lot of discipline. If you are willing to commit, the resources are available and cheap!

Where does your great love for learning come from?

Most memories of my parents involve them holding a book in their hands. I’m sure that rubbed off subconsciously because I’ve always been an insatiable reader. Reading is interesting, intellectually stimulating, and real. Being informed has been invaluable to my career.

You are a mentor at the Nashville Entrepreneur Center. How did you become involved with their organization?

I’ve put a lot of thought into how I can make my community into a better place. The Nashville Entrepreneur Center seemed like a venue where I could advise others and make an impact quickly. I hope to help others avoid certain mistakes in order to accelerate their success. I’ve also had great mentors. This is my way of honoring and making sure their thought processes, as well as my own, aren’t forgotten.

How did you find your current role as managing director at TVV Capital?

I had spent over two years at Dell traveling at least 200-days a year. After that, I moved into a work-from-home position, which wasn’t for me. One day I received a phone call from TVV saying that a job had opened up over night. I wanted more career opportunities and to stay in Nashville. After meeting the team and learning more about the role, the answer was an easy “yes.”

How would you describe what you do everyday?

I lead the deal sourcing team for TVV Capital. We build relationships with businesses that aren’t on the market so when they decide to sell, they come straight to us. Oftentimes, it takes many years to gain a company’s trust. I also revise the sales and marketing strategies of our existing companies to increase revenue and profitability.

I am constantly learning and meeting amazing people who, through hard work and perseverance, grew an idea into a company. I can’t remember the last time I was bored!

Hire Lily for an interview here