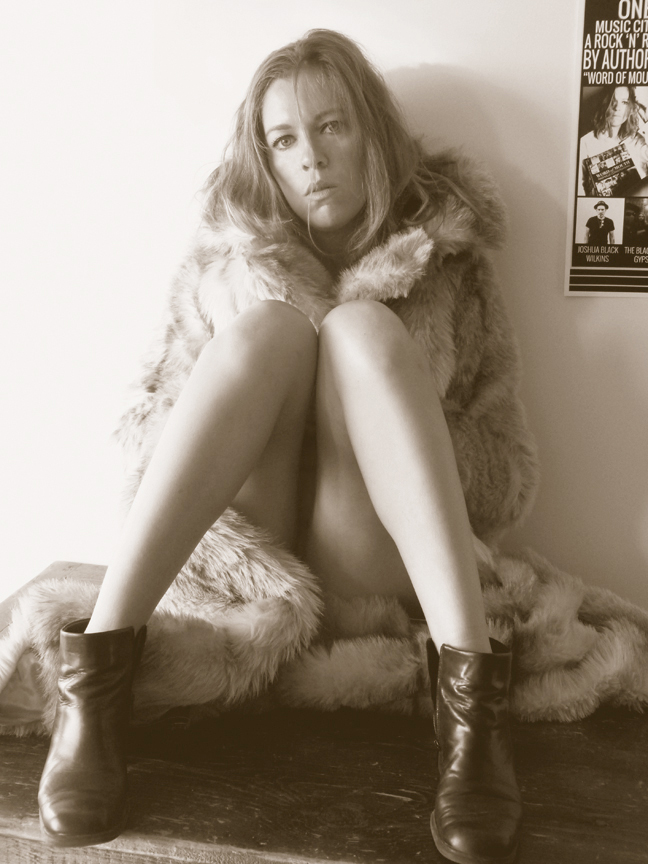 I’ve been reading a lot of Hunter S. Thompson lately — one, because he makes me look like an angel and two, because I love his stir-the-pot mentality. Always drunk and game for the drama, he is a lone wolf who personifies the “do what I want” attitude. Hunter pegs personalities from miles away and weaves tales around the most trivial events.

We are both always weaving between different lanes. To see what is really going on you cannot fit in.

Even when I’m on the cover of a magazine I still feel an odd duck. It’s the reason I oftentimes pretend that I am a private investigator. Surveying, and later on, summing up the scene is my to stay on the sidelines. Aside from performing onstage, it’s where I am most comfortable.

For example last week, my self-appointed sociology assignment was to attend the opening of Reese Witherspoon’s boutique, Draper James. “What the hell are you going to wear?” a friend asked when I told him I was invited. “Fur coat, cigarette hanging from my mouth,” I tossed back.

What a weird evening. After browsing the $80 mint julep glasses and “It’s Fall Y’all” sweatshirts, I had to wonder why Southerners would support an overpriced stereotype of their culture. If we were just going to shake martinis for our men then why burn all those bras in the 60’s?

While it definitely appeared as though Legally Blonde had come to life, I couldn’t complain about the complimentary champagne and crudite. It was amusing to see a few scrappy rock ‘n’ roll stars amidst the squawking aristocrats and country music mavens. Overnight, Reese was suddenly a diehard Southern belle once again and the culture Nashville had been trying to escape from came crashing onto the cool list once again. As the lifestyle bloggers Instagrammed every inch of the store, I mentally scribbled notes Truman Capote style.

Since my life is always in the contrast, it was no surprise the following Wednesday I wound up at a bowling tournament for Big Brothers Big Sisters of Middle Tennessee. This class may not have looked like a movie cast, but they were down-to-earth and unselfconscious. Budweiser pumped through their veins rather than sherry. Balls were thrown in the gutter, and a few finger guns were pointed. Even though this wasn’t my scene either, at least I didn’t have to scrape off a shiny wrapper. What I saw was what I got.

I interviewed the attendees about mentorship and the role their surrogate siblings had played in their life. “It’s about paying attention and letting them know you care,” one said.

Another Yoda continued, “Being their friend costs nothing. If I can teach these kids anything it’s that every experience is an opportunity to learn.”

I had a momentary flashback to my early twenties when I used to job-hop as a hobby. While it was clear early on that I wasn’t a company woman I learned what I didn’t want to do by dabbling. Pivoting between industries and social circles propelled me forward. By getting on the guest list I was able to glimpse different worlds.

“Money is fluid and moves around,” a successful businessman, and friend, said to me recently. It was a reminder that my self-worth was based on something more substantial—the ability to relay reality from the vantage point of someone who will always feel like the oddball.

There’s enough people out there who fit in, which is why I’ve decided to purposely fall outside the lines. Once I stopped trying to appease the masses, I realized my candor had its place in a sea of sugarcoating.