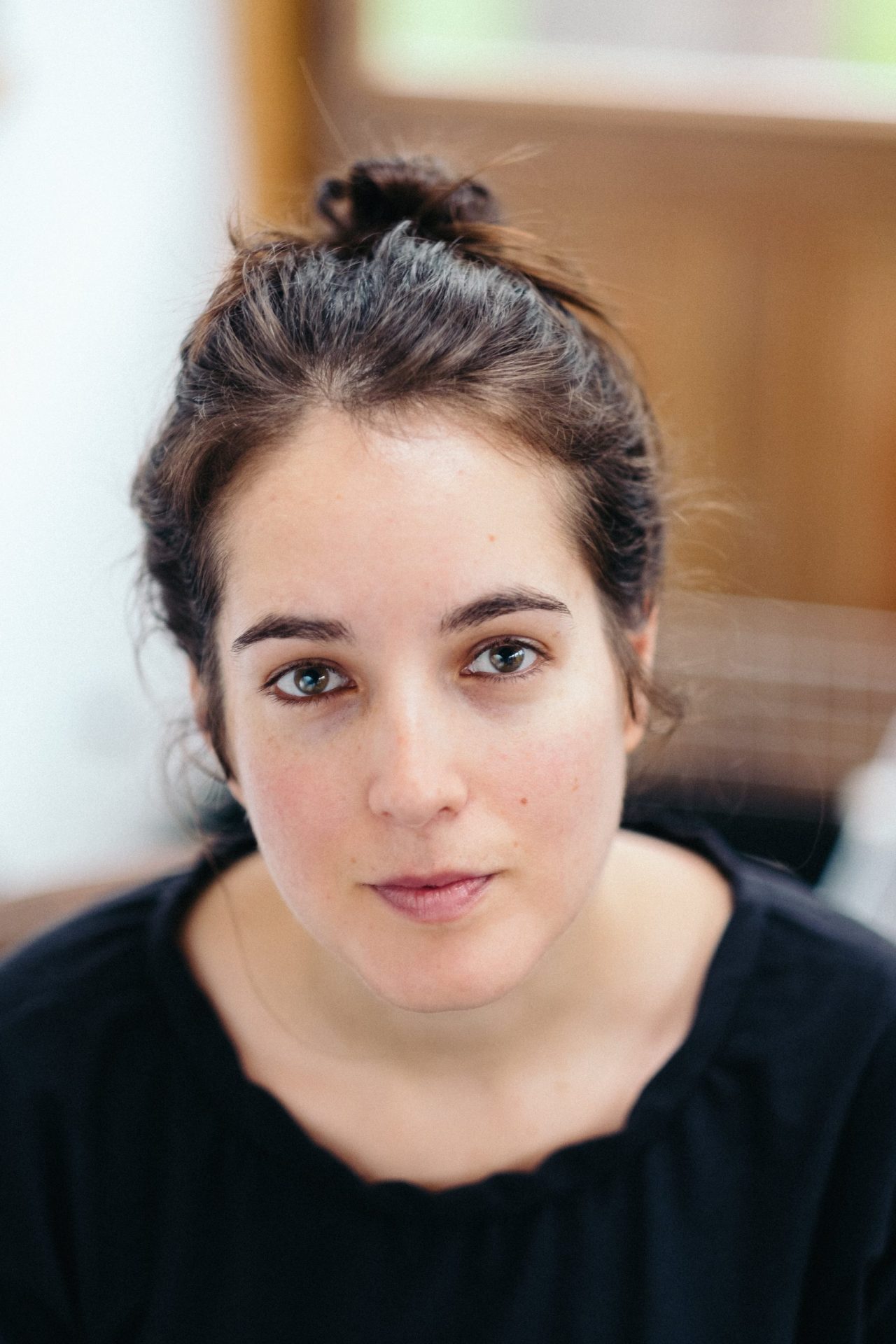 Sarah Bedi is a director, writer, and acting teacher based in London, United Kingdom. We met at the prestigious Central School of Speech and Drama, in Swiss Cottage, where she taught the text study course I enrolled in this past summer. Since making the switch from acting to directing and writing in recent years, Sarah became co-artistic director of Baz Productions, a vehicle she uses to produce her own work, oftentimes in unconventional spaces, was nominated for several awards, and lent her own spin to classics such as Macbeth and Henry IV and V. As her student, I was amazed by how much our class, composed of professional actors and those who were simply interested in learning more about the craft, flourished under Sarah’s supervision. Yet, as she explains below in regards to her directorial approach, it never felt as though we were under her watch but rather grooming our wings so we could take flight on our own. In my own exploration of Linda Loman’s monologue from “Death of a Salesman” Sarah made me feel safe to bring everything I had to the performance, push myself in a way that felt comfortable to me, and break down the complexity of my chosen character to make her feel like a real human. I felt this resulted in some of the most honest and intuitive performances I’ve ever witnessed to date. After interviewing her at the Southbank Centre, a performance space where artistic energy enveloped us, I couldn’t stop thinking about the courage that it took for her to follow her heart and smarts for her to make a career shift in the most strategic of ways.

Can you tell me a bit about your pre-acting background?

I’m from South London but in terms of heritage my mum is English and my dad is from India. My dad passed away at Christmas and since then, I’ve been exploring his life and who he is as a human. I’m more influenced than I realized by him. I was incredibly shy growing up to the point where I could barely talk to people or look them in the eye. I was home educated my whole life and my mom was keen on us doing after school clubs, like drama, so we could socialize. While I enjoyed acting I was absolutely set on becoming a scientist because I was very bookish and academic.

So what changed your course?

As a child, I shaved my head and still looked like a boy as a teenager. I would play all of the male parts in my youth group plays and fortuitously, someone from there went on to cast a professional show that needed a mature teenage boy who could play the piano. I got the job. After the show, which was directed by {Nobel Prize-winning screenwriter, actor, playwright, and director} Harold Pinter, wrapped I remember thinking, I’m going to be an actor. It was the perfect storm that threw me into acting at age 15. I felt creative for the first time, which was intoxicating, as it was a quality I hadn’t nurtured in myself before. I thought this is a job where I can play. Brilliant.

Did you feel that people took acting seriously as your career of choice?

The fact that my first job was quite prestigious made it easier for everyone else to accept it. Later on, the lack of financial security made me question if acting was a proper job, which is related to status in England. Theatre doesn’t pay particularly well and there are gaps. Yet, I’ve always felt privileged to be on this path and often sensed a wistful envy from others in terms of how glam it must be. Today, I feel that I am taken more seriously as a director. I think on some primal level we still associate actresses with prostitutes. It’s a bit of a naughty job. As a director, I’m seen as being in charge. There’s more autonomy because you can conceptualize and create projects whereas an actor you’re always waiting to be someone else’s muse. As a director, I am now in a position where sometimes I interview people and give them jobs. I also know what my next 12 months look like because we work on projects from such an earlier stage. I feel more in control now.

What is it like to be a female director in the UK?

Being female and looking a lot younger than my age, 36, has made people underestimate me or even presume that I’m the assistant director. It’s interesting that we perceive youth and femininity with inexperience. Contrastingly, we perceive power as looking like something completely different. It’s an unconscious bias that we all hold. I’ve done it too. When I start to internalize it I look at myself and think that’s coming from me. My drive comes from the possibly mistaken belief that if you work hard enough it will happen, which is a philosophy derived from my background in academia. Sometimes feeling like the underdog does make me work harder but it’s also driven me to make my own work. I co-run Baz Productions so, instead of fighting the system, I can channel my creativity into projects.

How did you make the leap from actor-for-hire to director?

As an actor, I was lucky to work a lot and with really brilliant people who allowed me to develop my own creative voice. I also worked on long projects and with one company for several years, which is when I started to become more interested in process and the bigger picture. Maybe because I am shy I hadn’t considered directing as a career before—at least consciously. My friends and I would experiment with my ideas in our flats and finally, decided to put them in front of an audience to see if they were working or not.  I said, “I’ll direct that but I’m not a director!” A month after the show finished in January 2012, I woke up one morning thought I’m not an actor. I am a director. Acting felt like a love affair that had ended. It was as easy as that. The next day I left my agency. The way I approach decisions is my unconscious works on them for a long time and then presents me with the next right move. From there, it happens really quickly. There wasn’t one trigger and I’ve never regretted the decision or looked back.

From there, how did you practically go about finding directorial roles?

At the beginning I made a lot of my own work and learned how to produce, fundraise, and market a show. Because I had no income I was working at a bar and a school averaging four hours of sleep a night. I could have been an assistant director but chose not to because I felt that I understood theatre even if there were gaps in my skill set. For two years, I created a training program for myself because I had no money to take courses. In this industry, there’s no money but people are really generous with time. They met me for coffees and talked me through their processes, and from that period I learned I already knew everything that I needed. All artists work from instinct and find a way to articulate what they are trying to make. We think there’s a secret but what I realized was, we all do it differently.

Your portfolio is varied. Are you attracted to certain types of projects?

I approach work from a process rather than a story point of view, which is why I attract a wide range from classics to developing new scripts. I want to work with actors to create something that feels very live—as though anything could happen. Even if it’s Macbeth I want the audience in a state of what’s going to happen? If I can see the potential for that in a story or a script that’s what attracts me. That’s also why I’m interested in working in non-traditional theatre spaces. I’m interested in interactions between people wherever they are. Even if it’s just on the tube I’ll find myself thinking if this was a play we would pay a lot of money but it’s free! {Laughs}

What is your personal philosophy as a director?

I strive to create safe spaces and see my role as the provocateur who challenges but also supports the communication so everyone can work most optimally. To make work that feels live, everyone in the company needs to feel free. My vision is an ethos rather than a model box. I try to get as many blocks out of the way as possible so the artists can lock into their unconscious. Fear is one of the biggest inhibitors to creativity whether it is of being wrong or not good enough. Actors are unusual in the respect that they are going through the act of making while being judged whereas the rest of artists can close their eyes to criticism. I try to support actors as they confront their fears through mindfulness, games, and talking about their experiences. By being honest we can address our fears.

You’ve been nominated for a few Off West End Awards. What does that feel like?

It’s lovely and exciting but I’m always a bit skeptical. Similar to reviews, awards serve an important purpose because they enable audiences to take risks on stuff they might not have gone to see. However, knowing they’re an opinion helps me keep my head in a healthy balance. One of the productions I am most proud of was a student show because everything came together in the most beautiful way. The actors were brave and worked through their discomforts. They took ideas in places I couldn’t have imagined, which made it an idyllic creative experience. “Dreamplay,” which I did with my company a few years ago, was another fulfilling process because of the people in the room. That’s always what it’s about isn’t it?

Absolutely. What’s it like to say “goodbye” to a show after it’s wrapped?

I fall in love with most of my projects because I’m quite sentimental. I love and hate the ephemeral nature of theatre. I wish I could keep returning to it like a book. As a creative, I find it healthy to keep looking back. When I first started directing I would write pages of notes at the end of every rehearsal day about what we’d done, what had been useful, what hadn’t worked, and how I felt about it all. I still go back and read those notes because if I’m not careful I can make the same mistakes again. It’s easy to forget how you got there. After each project, I give myself a self-evaluation because otherwise my work can become quite thin. It’s easy to say, “I do this thing and it works quite well” rather than to constantly push your way forward.

Do you have a current artistic goal?

When I first started directing I was obsessed with the theatre. Recently, I’ve realized an orchestra conductor or conversations can be inspiring as well. Most art doesn’t really capture how bizarre people are. Maybe, it’s my desire to capture absurdity.