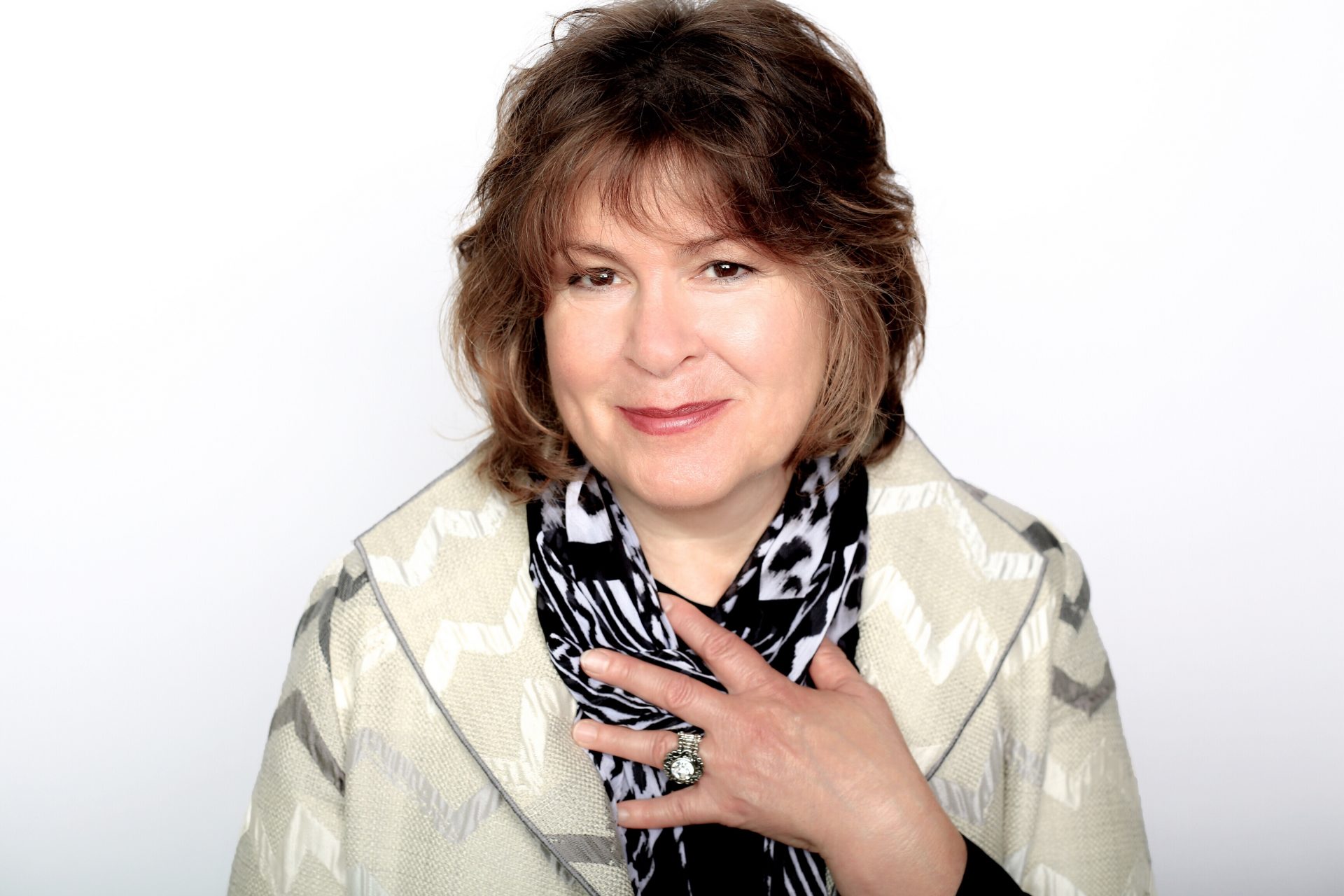 Sally Schloss is the prize-winning author of several short stories and a new novel “Traveling Through Sicily.” Following an extensive career in marketing, public relations, and journalism, she became an English as a Second Language (ESL) teacher to unite her love of language and storytelling across cultures. It is an occupation that allows her the time to pursue her first love, penning novels composed of character-driven fiction.

Why did you become an ESL teacher?

When I walked away from the business world several years ago, I decided to get certified in ESL so that I could support myself part-time, freeing me to write. I consciously made the decision that writing would be the sole focus of my life. It was a leap of faith. That decision was my liberation. Instead of empire building for other businesses, I would invest in myself. Money has never been a motivator; I just need enough to survive.

What do you enjoy about ESL?

Teaching ESL allows me to learn more about my own language. It has offered me a new perspective on how peculiar English is and how difficult it can be for a non-native speaker. I often use storytelling as a bridge in my teaching, and love the stories my students share. Storytelling and language are integral to both my writing and teaching.

When did you first discover that you like writing fiction?

It was in elementary school. I hated the annual back-to-school assignment: How I Spent My Summer Vacation. I found it pedestrian and boring. In rebellion, I wrote a story about how I murdered the neighborhood bully, with the conclusion being how much I really enjoyed my summer. I showed it to my mother and she laughed. I had discovered the pleasure of having an audience.

So this positive reaction motivated you to continue to write?

Here’s what was gratifying: My mother understood my intention. I think all writing is about communication and having voice. I would say that the biggest reason to write is having a sense of connection to another brain—someone that gets it. You write with the hope that it will resonate with someone.

At what moment did you consider yourself a writer?

I was always writing, but it wasn’t until I started publishing in the 80s that I considered myself to be a professional writer. I had short stories published in various magazines, of which notably The Goose Girl was nominated for The Pushcart Prize. It was hard for me to take ownership until I had validation in the world.

Why did you move to Nashville?

A singer-songwriter I was living with read a New York Times article touting Nashville as the last bastion for lyric and melody. He said he wasn’t going without me and that we had to move there. Around the same time, I got a knock on the door of the apartment we were living in, and learned they had sold the building and wanted the tenants out. Then, I got laid off from my job. So, we moved from NYC, where I grew up, to Nashville in 1987. The relationship didn’t work out, but due to the ease of life here, I never moved back.

Did you write much fiction when you moved to Nashville?

Sadly, it was intermittent and in the margins of my working life. I started out my life wanting to be a novelist, but became a short-story writer because that was more manageable. I recently finished my first novel: Traveling Through Sicily.

What is your novel about?

It takes place in the summer of 1993, in Nashville. The novel is a steamy, twisted journey of identity for Remy, a twenty-nine-year-old graphic artist, and her best friend Peter, a bookstore clerk and aspiring poet. These two think they truly know each other until an amoral beauty named Sicily, enters their lives, seduces them both, and they discover they don’t even know themselves. Sicily has her own story to tell. She’s writing a book about a thirteen-year-old girl, named Sicily. This novel-within-the novel is a disturbing, grown-up fairy tale of childhood trauma. As these three people’s needs become increasingly entangled in their lies and betrayals, it becomes difficult to know what and whom to trust. Traveling Through Sicily is about the dangers of being psychologically unaware of what compels our attraction to others, especially those we fall prey to. I’m currently shopping my novel to agents. People can read the first chapter on my website.

What’s important to you in a story?

I’m a character-driven writer so what’s essential is that conflict sets the story in motion. The choices characters make propels the story forward and determines what happens next. It’s as much an act of discovery for me as I hope it is for the reader.

Who are some of your favorite authors?

Growing up, I loved Kafka, Henry James, and Edith Wharton. Contemporary writers include Elizabeth Strout, Colm Tóibín, Alice Munro and Ian McEwan. I’ve always loved literary fiction, and am influenced by the sense of language on the page and savor a complex build in a story.

Do you incorporate aspects of your personal life into your writings?

Any writer who says they don’t write autobiographically is lying [laughs]. You’re extrapolating lessons learned and experiences had and investing those into the characters that you create. Even though the novel or characters have nothing to do with me, I know the experiences in my life are in there. If you believe in dream theory where all the people in your dreams are representing different aspects of yourself, I would say that’s comparable to what happens when you write.

What are your obsessive themes?

I’m interested in issues of trust and identity, particularly in relationships between men and women, as well as the impact our family of origins have on our adult behavior. I’m interested in the conscious relationship we get involved in and our lack of awareness on the unconscious level of what’s actually driving us. I also love exploring how people find themselves through intimacy.

Is writing ever stressful?

Writing literally stops time. Hours later I’m surprised when the day has passed. But the other side of that joy is the fear of judgement. One day I’ll think, It doesn’t matter if anyone appreciates this, you’re a fucking genius! But other days, I’ll think,You’re such a moron! [Laughs].

What advice would you give to writers?

Read. It’s the only way to become a better writer. A favorite Twain quote of mine is: “If you get into the business of writing to make money, you’re in the wrong business.” Don’t go into it trying to be a bestselling author. Take workshops, write, and become educated about the craft so you can learn the rules in order to break the rules, to have your own voice.

A Look Back at Sip It! Featuring Arts & Business Expert Stephanie Pruitt