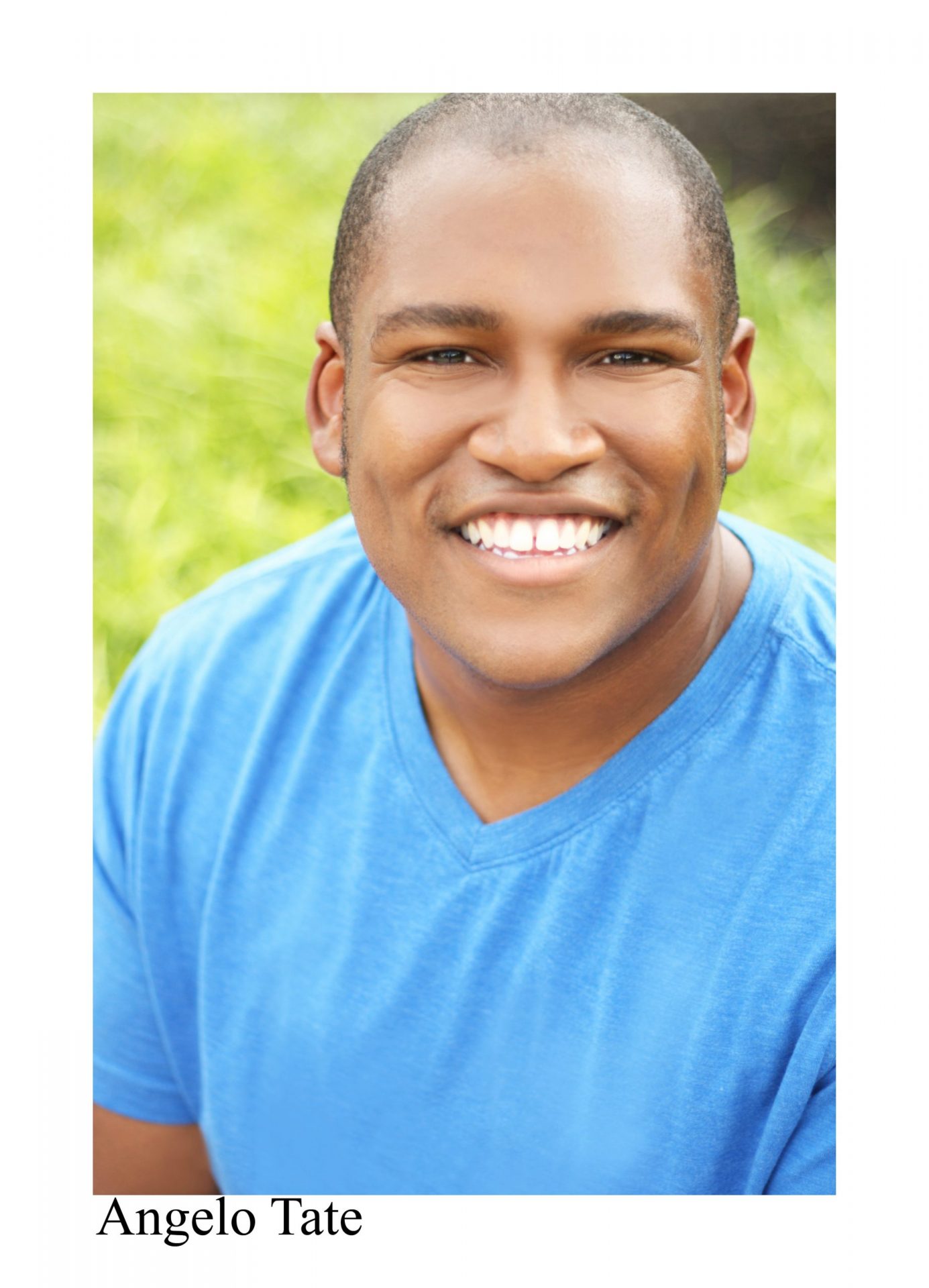 Angelo Tate is an actor, director, and writer based and born in Nashville, Tennessee. He and I first met at an improv class at Upstairs @ Bongo After Hours, taught by actor, teacher, and Second City alumnus Ron West. We immediately bonded. I had never done improv in my life and was in awe of Angelo’s talent to work with whatever arose in the moment in order to create something completely spontaneous. The rule of thumb in improv is “Yes, and” as in you agree to whatever your scene partner presents. I was taken by this theory, as it relates to my own philosophy of going with the flow, which is why I asked Angelo to meet afterwards to record some of the sketches we had created in class. What I found in working on these sketches, which were written in a Seinfeld-eque fashion addressing awkward moments like when you want to have your hair cut and the stylist won’t stop talking, is that two minds are better than one. Angelo, being a creative machine, constantly introduced new ideas to the table and kept me guessing what he would come up with next. Getting to know him as a friend, I’ve also been inspired by how he is conscientiously moving the dial forward by creating content that caters to and features other African American artists. He’s landed in an ideal spot where social awareness and artistry meld together.

I joined a church when my parents were getting divorced, which was where I met the mentor who introduced me to acting. He was a college student at the time, studying theatre and music, and took me under his wing. When I went to college I decided to double major in acting and business. That was also the first time I was exposed to Meisner technique, which places an emphasis on listening, repetition, and physicality to get you to an emotional place. Reflecting back on it, Meisner helped me become less self-focused by placing my attention on the other person in the scene. Doing that also helped me to have less anxiety about performing.

I love that. What is it like balancing a day job working for a government organization and your acting, producing, and directing career?
Balancing a day job and auditioning, often on my lunch breaks, weekends, or after work, is tricky at times but I make it work. Fortunately, because I create my own content I have the ability to express what I go through in my job in an artistic form. A lot of times my coworkers say something interesting, out of the blue, which acts as fodder for my writing. My coworker Pam, who I have a tendency to cut up with, is a great example of that as she drops gems all of the time like, “If at first you don’t succeed don’t become a stalker” in regards to dating. {Laughs} While having a day job is a financial necessity it’s also a source of endless creative material as well.

That is such a great attitude. Why is creating your own content important to you?

I believe that an actor should never wait around for an audition. I think that is a very old school way of approaching your career plus, they aren’t always constant. Creating your own material is a way to enhance your career, practice your skills, and add content to your reel. It also gives me a sense of creative control. I can take risks and show the world my ideas, which are, in a sense, an extension of myself.

What is your favorite thing about writing, acting, and directing?

Collaborating with likeminded people who have the same drive. I love to watch other people work and find observing their processes to be very inspiring. Fortunately, because of platforms like Youtube, artists have no excuse to hold back their ideas. It’s amazing to have the ability to make stuff on my own schedule rather than depend on seasons. I like being able to pick up a camera and just start shooting. If you can find someone that you vibe with to help you then that is even better.

We met in an improv class. How did you first become interested in improv?

I first got into improv because of a casting director’s suggestion. At an audition, I got to a certain point where I couldn’t remember my next line. She said to me, “You should try improv. I would consider casting you in a comedy if you had that skill.” About a year or two later, I found Nashville Improv and signed up for one of their classes to learn about the craft. After I took a second class, I auditioned to be in the group and got in. After learning a set of rules in acting classes it has been a real challenge to break them. I can get locked in my head and freeze at times however, improv has taught me to trust my own instincts, which became easier over time with the support of a wonderful cast. I have found freedom through improv.

That’s amazing. What is one thing most people wouldn’t know about improv?

It takes a lot of skill, patience, and confidence.

What is your favorite thing about being a member of Nashville Improv?

Nashville Improv is my second family because of the vulnerable moments I’ve had with the members. It’s also great to have people to check on and check in with. I love having people to celebrate victories with whether it has to do with the group or not.

How would you describe the Nashville acting scene to outsiders?

The Nashville acting scene is small but expanding and mostly focused on music videos and commercials. There is a lot of creativity here. What I have seen a lot of people do successfully is create content here and then shop it to larger markets. I met a team recently who got their content on Amazon, which was very inspiring.

Do you have an overarching career goal?

I would love to have a production company to create content on a bigger scale and shine the light on the talent of others. I would also love to be an actor-for-hire. To fulfill my own dreams and those of others is the dream. I want to do it all. {Laughs}

What are you proudest of?
This past year I was in my first feature film “Silent Natural,” which helped me to become SAG-eligible and set me on the path to being considered for bigger projects. “Black Dad,” is a comedy web series I’ve been developing, which I am hoping to pitch or produce on my own. On set, people respected me as both the creator and director. I gained a lot of confidence being able to translate a concept from my head and heart into real life. Above all, like the production I am involved with now called “Typecast,” I am proud to play a part in the growth of minority storytelling.

It seems as though African America actors are having their moment. What does it feel like to be a part of that?
It’s a phenomenal thing to see African American actors playing a bigger role in the entertainment industry. I am 100,000% for it. There is a path that is beginning to be paved for people like myself who have always dreamed of one. And it’s happening on a global scale! I still remember the impact of seeing Samuel L. Jackson in “Pulp Fiction” which showed me that African Americans could have leading roles in the film industry. Similarly, I want to inspire others to be their best selves.