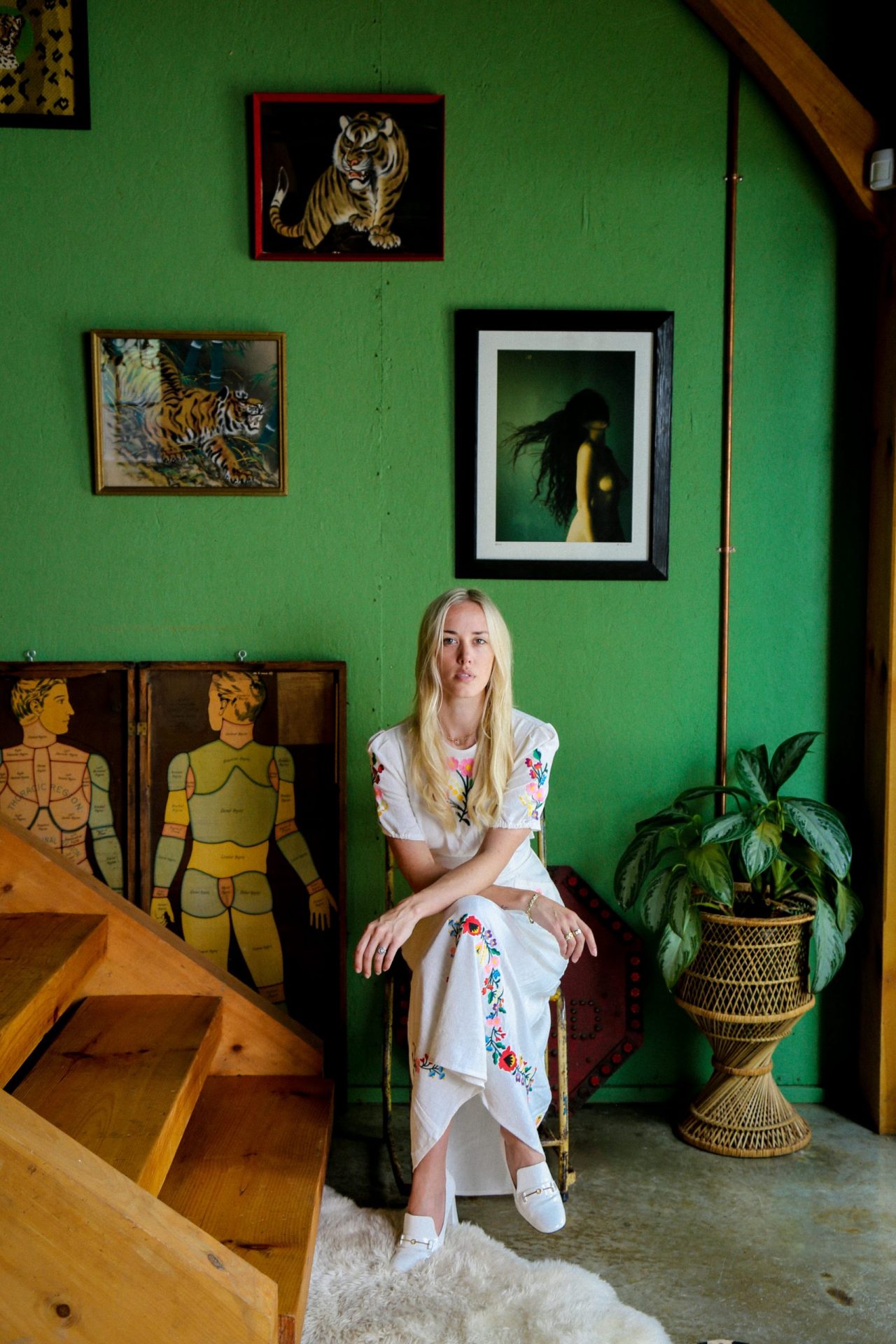 Since it’s launch earlier this year, I have so enjoyed contributing to the Nashville Edit—a luxurious coffee table magazine founded by my mentor and friend Stacie Standifer. This sophisticated magazine is unique in the respect that it is filled with fashion editorials and long-form features. It’s reminiscent of the publications that I first started writing for back home in Chicago. I’m thrilled to have my profile on small business owner Jen Auerbach, founder of nontoxic skincare line Clary Collection, published in the latest edition. I first became intrigued by Jen after finding Clary’s profile on social media, a platform on which she stood out in the best way imaginable for her authenticity. I seriously dug that the unique beauty posted photos of herself looking sleep-deprived and talked openly about what it is like balancing motherhood, a business, and marriage to a rock star. (Her other half is Black Keys’ lead singer Dan Auerbach.) Much to my delight, I found her to be just as warm and welcoming when my mom, who started Chicago’s first organic skincare and makeup store, and I visited the Clary Barn, where Auerbach’s products are produced, one summer’s day. As you can see by the snippet below, as someone who grew up with a single-mom and was always taught to lift up my fellow ladies, I was particularly touched by the sincerity of Jen’s relationship with her business partner Adriel. There is little I love more than women empowering one another.

After living in Nashville for a few weeks, where she relocated from New York, Auerbach turned to her husband and asked: “Can I have some phone numbers? It’s awfully quiet around here and I need some human interaction!'” That day, she sent a text message to fine artist Buddy Jackson, inviting him and a few friends over for a game of Texas Hold ‘Em. Later that night, in walked Auerbach’s future business partner Adriel who would proceed to beat her at poker. (A sure sign the two were meant to be lifelong friends.) At almost nine months pregnant, with a nonalcoholic beer in her hands, she was a goddess in Auerbach’s eyes. The pair immediately connected around their inability to find nontoxic skincare both for themselves and families. Not long after, Auerbach found out she was pregnant and became even more attached to Adriel with her husband overseas on tour. Like any great team, the pair brings different skill sets to the table with Auerbach holding down the marketing of their business and Adriel focusing on the number-crunching. They also have a lifelong bond that comes from Adriel sitting patiently by Auerbach’s bedside for 26-hours during the birth of her first child, Early. Their partnership is as sustainable as Clary Collection’s products. Auerbach ensures that they’ll be experimenting with new ideas long after their hair goes grey.

Read the full article in The Nashville Edit here