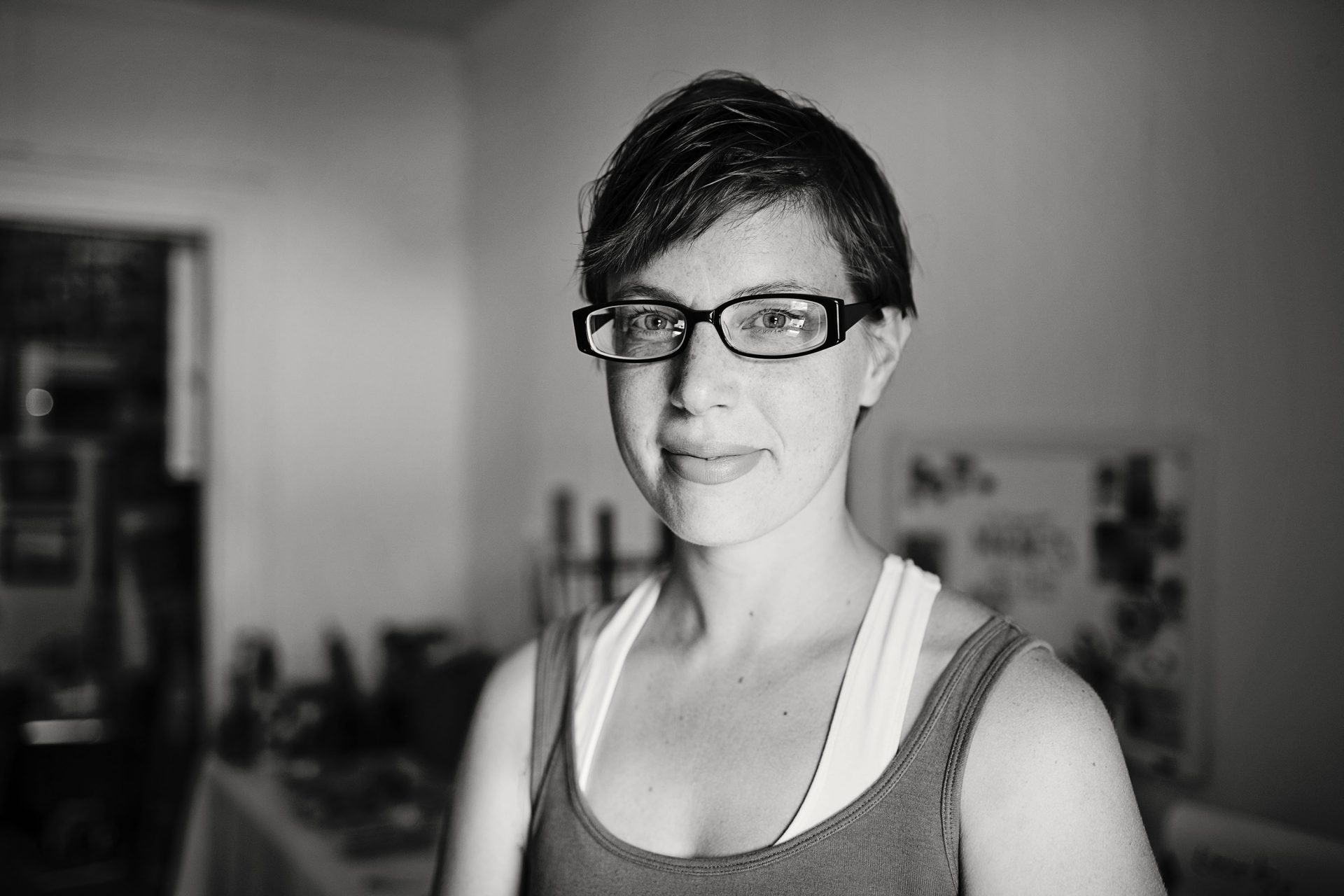 This conversation, featuring Nashville Quilt Project contributor and painter Beth, was conducted by founder Jake Elliott. This is part four in our weekly round-up of how the 50-foot mural piece, located on Charlotte Pike, came to be. For the endeavor, I partnered with founders Jake and Hana Elliott, photographer Elizabeth Ratliff, as well as four nonprofits. Our intention is to highlight their exceptional arts programming in the wake of national budget cuts. Beth is a 36-year-old day camp counselor and client of social enterprise Poverty & The Arts, founded by Nicole Brandt in 2014. The nonprofit helps homeless artists create, market, and sell their work by providing raw materials and guidance. Beth, a human sex trafficking survivor, describes how painting has been instrumental in overcoming the demons of her past. Focusing solely on her brushstrokes provides a sense of stillness, and lends space to contemplate all she has been through.

You literally walked to Nashville, Tennessee from your home state of Massachusetts a few months prior to discovering Poverty & The Arts. What were you running away from?

BG: I was living at a domestic violence shelter in Massachusetts, and the next step was to live at a long-term homeless shelter. If you’re a single adult, with no children, it’s nearly impossible to get into one. You get pushed to the back of the line. So one day, I left because they couldn’t legally detain me. It took me about two-and-a-half months before I arrived in Nashville.

I know your degree is in liberal arts. What did your time in school teach you?

BG: The importance of being a lifelong learner. Art has always been a huge part of my life and throughout college, I did a lot of playwriting and even wrote a one-woman show. Unfortunately the man who offered to bankroll my play eventually started hitting on me. When I refused his flirtations, the entire project fell apart. From there, I attempted to become a working actor. As a human sex trafficking survivor, I didn’t have a core sense of self or any belief in my abilities. That lack of confidence stagnated my career.

How did you make the switch to fine art?

BG: When I moved to Nashville, I had a very skewed sense of self. Through becoming friends with a librarian, I began to read a lot of feminist literature which helped me to look at my life differently. Those texts helped me to verbalize the abuse I had been through.

What were your first few months like in Nashville?

BG: I arrived on July 31, 2015 and was homeless until October. Next, I moved into the Green Street Church Sanctuary, a micro-home village, where I lived in a tent and then a micro-home. I discovered Poverty & The Arts in early 2016.

Describe the role painting has played in your recovery.

BG: For many years, I could never put my finger on what I was supposed to be doing. Every time I wrote a poem or play, it felt as though I was generating a sense of chaos within my psyche. Painting was the first time I was at peace.

I also know that feeling of needing to hide away in my studio.

BG: There is a great discomfort that comes from allowing things to build up inside of you. Like most artists, I have so much to say and the desire to make sense of it all. Through creating, I am able to clear a lot of the crud out of my head. Afterwards, I always feel lighter.

Can you tell me a bit about the community at Poverty & The Arts?

BG: Every artist who works here has a distinct style so we aren’t in competition with one another. Actually, it’s quite the opposite. We’re always really excited to see every piece come to fruition.

Tell me a bit about how you translated the Nashville Quilt Project theme to canvas: “What the city means to me.”

BG: My piece is called “Folk Music Rocks,” which is ironic because I originally veered away from the music theme with which Nashville is associated. However, I grew up in a house where folk music was routinely played, and it also instilled in me an appreciation for politics, which I’m very grateful for.

What do you currently desire in order to have a better life?

BG: My plan is to become a certified nursing assistant this fall. Right now I am relying on my faith and trying to let go of my fears.

What do you like about your current job as a day camp counselor?

BG: I love working with children. They have lightened my step and eliminated a lot of the negativity that lived within me.

What is your daily goal at the moment?

BG: I am constantly striving to be less shallow. My mission right now is to marry my material desires with spirituality— for example, clothes and pop culture with my devotion to Catholicism.

What is your ultimate goal for your art?

BG: To overcome the sadness and regrets I hold onto by painting as much as possible. I want to live a long, healthy, free life.

What was your favorite thing about the Nashville Quilt Project?

BG: Having the luxury to paint a 6×6 foot square. With other art forms, I always felt as though I was vying for the spotlight. This process was nothing but fun and positive.