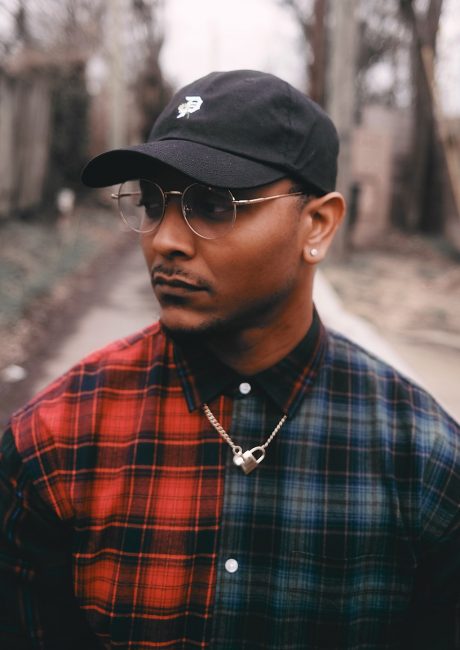 Processed with VSCO with 6 preset

While music video director Ed Pryor might not enjoy talking about himself, he was certainly easy to write about when I crafted his bio a few weeks back. Pryor, who was nominated this past year at both the ACMs and twice at the CMT awards, is my kind of creative: while he is a true Southern gentleman, polite and diplomatic, he has also been rewarded for being rebellious. All the director and music producer ever wanted was to be accepted as himself in the mainstream country music world, which he has been by staying close to his hip-hop roots. Pryor’s authenticity has resulted in an aesthetic that can be spotted from miles away—flashing lights, arena-like performances, and kinetic camera angles achieve his intention of making stars look like stars. His tendency for rule-breaking in a more traditional world is why he also attracts top-tier talent like Cassadee Pope, Dierks Bentley, and Parlamee + Blanco Brown. They appreciate his originality and trust that he will keep their audience’s eye moving.

I, personally, was intrigued by Pryor’s ability to pivot between the hip-hop and country worlds and, somehow, stay connected to his core. The soft-spoken, candid, and wickedly funny director says what he thinks, and doesn’t overthink it. This realness, and resistance towards what is popular at the moment, is why he has continued to crank out ground-breaking content at warp speed. On a heart level, Pryor knows his instincts are right and refrains from questioning them. He creates what he wants, and finds artists that like it (rather than the other way around.) If he can keep doing this, then maybe his real mission will be realized: to help other African Americans break into country music more easily than he did. When there are a million “him’s” to compete with when submitting treatments then he’ll know things have changed. Here are some of my favorite quotes from our interview:

“Growing up, I knew that country music wasn’t very popular amongst the black community however, I wanted to know why. By going deeper in my research, I learned that we do enjoy bluegrass because it’s close to religious music. In that respect, my goal became to make country music more easily accessible to black audiences so I could listen to it in the car with my homies. It was selfish but in a good way.” (Laughs)

“When conceptualizing the idea for a music video, I watch all existing content that the artist has made. Then, I use my research to try and understand if their audience wants more conventional storylines or quicker transitions, like in a Tik-Tok video. After taking all of that information in, I listen to the song, look at the literal words behind the title and lyrics, step away, and try to see it from all angles. Writing a treatment is a 3-D process, at least in my world, because I am always looking to embody an abstract feeling. In three minutes, I should be able to keep the viewer’s attention and capture an initial human reaction to that song. Unique but familiar is always the goal. It’s not easy.”

“Being nominated for the ACMs was surreal because I never imagined that my videos could be recognized on a more mainstream level. “Just the Way” by Parmalee and Blanco Brown was very surprising to me because we shot it right before Covid and it just lived on the Internet without much recognition until January of the following year. Then the song shot to number one! To have created something that connected with people almost a year after we released it gave me a lot of confidence. I always knew I would do cool things but to be recognized by a committee makes me feel very blessed. It was validation that I don’t need to serve this preconceived notion of what the industry wants. I was rewarded for trusting myself, taking a chance, and staying true to my own style. To manifest my obscure ideas with amazing people and resources funded by a label is my dream. It’s still crazy to me that people watch my videos.”

“The day that I am passed up by an “average black or female director” is the day that I know I’ve reached my goal, which is racial and gender balance in the industry. I just hope the number keeps multiplying.”

Check out Strange Arcade, the creative agency, and production company that reps Ed, here. They are owned by the award-winning director Wes Edwards whose bio I also wrote.

A Look Back at Sip It! Featuring Singer/Songwriters & The Cordelle Owners the Watson Twins