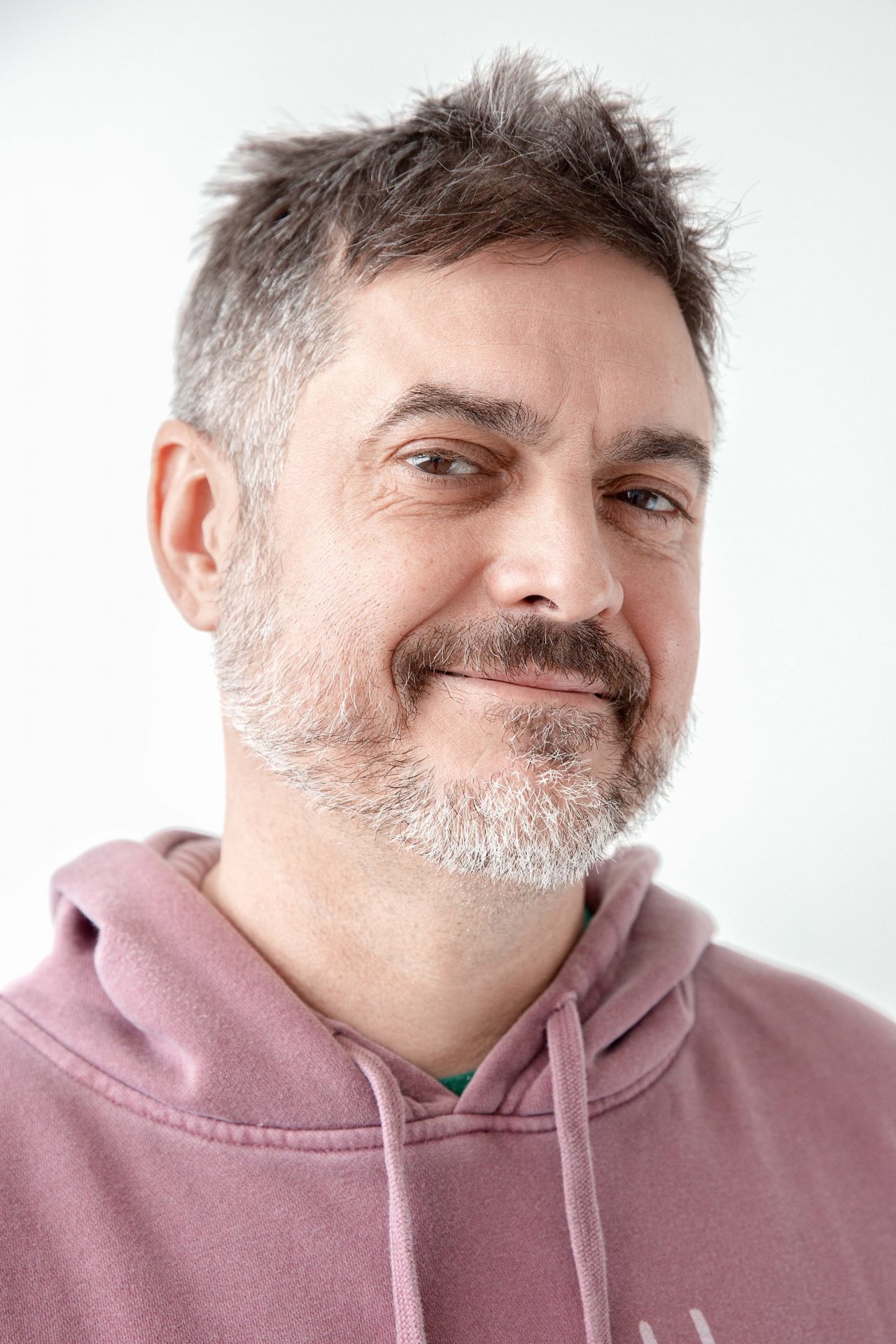 Over the last few weeks, I have been thinking a lot about how the best advice I receive usually comes from an unexpected source. Sometimes this is in the form of a Lyft driver who says something prophetic as I ride home from the airport. Other times it might be an unexpected encounter with a grocery store clerk who just happened to say something I needed to hear even though I just wanted to grab my green smoothie fixings and go. These experiences taught me that when I wanted to close up inside of myself, I had better keep my ears, eyes, and heart open. (And take out those earbuds to really listen to those around me.) Anyone anywhere could say something transformative if I just refused to shut my mind. All of this leads to my interview with Chicago Bagel Authority founder Greg Gibbs, whose Lincoln Park outpost I grew up going to because they had the best sandwiches around and were down the street from my favorite shoe store! Greg and I were introduced by a mutual friend, and former interview subject, John Stephenson who is the chef at Nashville staple Hathorne. After Greg and I agreed to jump on the phone, I immediately found myself connecting with his down-to-earth wisdom and self-deprecating sense of humor. While he had actually thrived during the pandemic, doing well sales and safety-wise and putting those damn disrespectful anti-maskers in their place, he still joked during the interview that his secret to happiness is being realistic. If he can keep his expectations moderate, then he’s always relatively happy. As someone who also tries to be happy with my lot, I relate to “Greg’s Guide to Life.” So, stick that in one of CBA’s 100-or-so steamwiches and chew on it!

Can you tell me a bit about how Chicago Bagel Authority came to be?

Well, I grew up in alien town, Roswell, New Mexico, (laughs.) Initially, I was born in Ohio and returned there for college to attend Miami University in Oxford. Chicago Bagel Authority is modeled after a late-night Miami University staple called Bagel and Deli where I worked all throughout school. They had 40 or 50 different sandwiches on their menu and I created dozens of styles while I worked there. In terms of my own shop, I knew that I wanted to set it up in Chicago, which was a natural stepping stone as it’s a city I had visited frequently. It’s also where I wanted to live because I can bike and walk 90% of the time.

What would you say has been the secret to Chicago Bagel Authority’s success?

Ironically, I would say that I’ve always treated the shop, like everything in my life, as a hobby. One foot in the door and one foot outside of it is my chosen mentality. However, this means I’ve never mastered anything and oftentimes have imposter syndrome. What I do focus on is making sure that CBA drips with character and that our customers feel as though they are somewhere unique. This is why I jokingly, and not so jokingly, call CBA a “roadside attraction.” I love being the only bagel shop in Lincoln Park that sells thongs although I’m sure it will take us 20 years to sell through them. (Laughs) Good things take time! Side note: this year I sold 350 hoodies, which is about 300 more than I had in the last ten years. Our customers have been unbelievably supportive in terms of doing what they can to keep our doors open. I guess the secret to the shop’s success is being lighthearted, having fun, and not taking things so seriously.

Have there been any silver linings in the last year?

Early on, it felt like the punches kept coming and that things couldn’t possibly get any worse. I took out some loans and said to myself, let’s try to make it through the next two years. Things just worked out. That flight or fight mode is actually, kind of exhilarating. Your mental focus goes entirely into one objective, which was making the store both operational and safe for our staff and customers. It’s a feeling I wish I could harness all of the time. While there’s still a lot of uncertainty and it’s been a wild ride, I feel more in control now.

To begin, 100% percent of my staff came back to work the first chance they could. They seem grateful for the safety mitigations and with our work environment in general so far. Our customers have been just as loyal, patient in terms of our sometimes-problematic online ordering system, and generous when it comes to how much they tip employees. I don’t know when we’re going to return to a semi-normal work environment but, truthfully, we are happy with the way things are now.

Were there any unexpected benefits of operating a restaurant during a pandemic?

Ironically, my favorite part of the business was always been creating relationships with our customers but there’s been something really refreshing about handling orders through plastic screens. It’s a bit weird but it’s working for us! (Laughs) Maybe one of the reasons we have been so successful this past year is we don’t have to see the customers and they don’t have to see us either! I guess anonymity works on both sides. Especially if they’re ordering extras of something and don’t want us to judge them. (Laughs)

Another positive is that soft drinks have been less in demand and my staff has joked that we probably won’t ever go back to free soda or coffee refills because of Covid. I don’t think they’re too bummed about it! However, I say all of this in jest because I know how lucky we are to still have our business in operation and also be in a safe working environment where the customers are respectful in terms of following the rules. I’m realizing in the midst of this interview that maybe we are better, and more on our game when we don’t see other people. (Laughs) How ironic.

Do you think the pandemic will change how restaurants operate in the future?

For sure. My wife and I went to a Middle Eastern restaurant shortly after Valentine’s Day in 2020. We have eaten indoors one time since then, which is pretty bizarre considering that we used to go out all of the time. At my own store, I doubt that people will feel comfortable for several years to come lining up in a big crowd like they used to. Everyone knows it’s easier to order on our app and have the meal ready when they arrive. In some ways, the silver lining of Covid is that it has probably saved a lot of businesses who were reluctant to get online ordering, do takeout, or join delivery platforms before. I believe that is the way of the future, and a vital part of the food business in Chicago, at least for a while, so maybe this ultimately saved them in the long run.

Personally, I am a very social person and miss being elbow-to-elbow at a concert or bar. Not being able to do that is killing me actually.

You received a lot of attention for the satirical signs you posted at your shop in the midst of the pandemic that called out anti-maskers for being selfish. What was that experience like?

Early on in the pandemic, we shut down for six weeks and rearranged the restaurant to make it carry-out only and safe for the employees. Right when we opened back up, a customer came in who pulled the phony “Americans with Disabilities” card, which essentially says that we, as the business, didn’t have the right to ask him why he wasn’t wearing a mask. He wasn’t a ADA card-carrying member but rather a “Freedom Facer” or “Maskhole” as my staff and I like to call them meaning. He refused to wear one! Our response was, “We can bring your food outside to you but you can’t come in.” Next, I made those signs, which eventually went viral and essentially said if you’re an anti-masker then you only care about yourself. Ninety-nine percent of the media response was great however I did get an email from a group of “Karen’s” who said they were going to boycott my store. It was a full-time job responding to the emails and anti-mask comments, which, for some reason, I felt a need to confront early on. It was exhausting.

That is surprising because I know how hardcore Chicagoans have been about wearing masks.

People in Chicago have been amazing however, most of the negativity was from different parts of the world. I started getting one-star reviews from people who had never visited the US! It was pretty ridiculous. In Chicago, the worst we get is the occasional person who has their nose outside of their mask. Otherwise, people have been incredibly accommodating.

I love what you said at the beginning of our conversation about the importance of commitment, grit, and maintaining a long-term vision even when things change day-to-day. Do you have any advice in regards to this for other entrepreneurs?

My entire life I have kept my goals reasonable and expectations on the lower end of the spectrum. I never had monetary goals and always had very small growth expectations for my shop, which makes things easier in terms of accepting the current situation at hand. I also don’t have very high expectations for myself. (Laughs hard) I was a philosophy major in college and my dad was a philosophy teacher. He always said, “The key to happiness is managing your expectations.” In the 21st century, it’s hard to step away from anything and have a reasonable perspective of how the world is. We’re so caught up politically and tangled in disinformation and regular old marketing that makes us feel inadequate or overly adequate. You should accept and expect that the reality we live in is chaotic and all over the place. Expectations should be extremely reasonable and your expectations of yourself should be very low! I wish I had better advice but that’s about it. (Laughs)

A Look Back At Sip It! Featuring Restaurateur Miranda Whitcomb Pontes