Today, I am honored to release Kate Tucker and the Sons of Sweden’s second music video for the song “Let Me Go” off the album The Shape The Color The Feel. The track is visually translated by acclaimed photographer and musician Joshua Black Wilkins, also my partner-in-crime in the newly-released coffee table book Word of Mouth: Nashville Conversations.

The Shape The Color The Feel is a visual album released on the band’s own Red Valise Recordings label. After raising over $21,000 via Kickstarter, Kate Tucker & the Sons of Sweden embarked on what the Huffington Post called an “admirably ambitious project.” After hand-picking ten different filmmakers, the band challenged each to create a short film or music videos for a song on the album. The filmmaker received creative control and final cut in the audio-visual experiment.

Photographer Emily B Hall documented the shoot in her cinematic, black and white behind-the-scenes stills. Leading lady Tucker, as she explains below, thrived throughout the process— particularly when thrust outside of her comfort zone. Collaboration was the answer to her own limitations. Throughout connecting with other artist she gained the confidence to walk into foreign territory. By relinquishing control her chosen team was able to translate the vision.

Behind-the-Scenes on the Set of “Let Me Go”

“I have always approached video footage in the same manner as still photography. It’s a moving portrait and must be honest. As with every project, the end goal was to have my imagery justify the emotional nature of the song.” 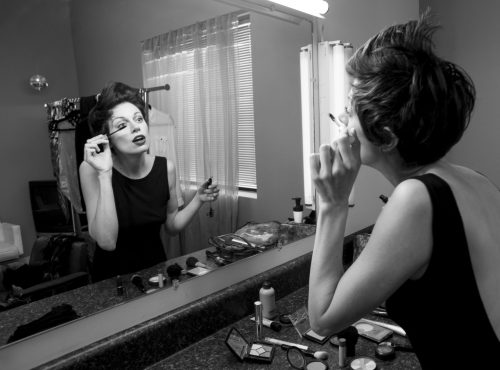 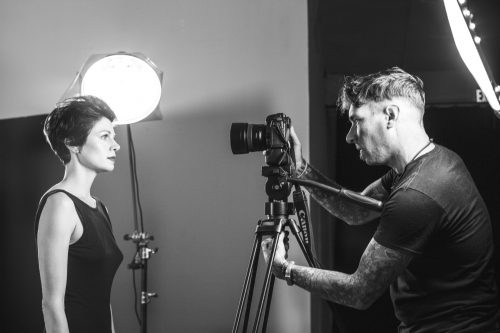 “These portraits are among my favorites since moving to Nashville. It was a privilege to be a part of this project.

I met Kate when she was smack dab in the middle of The Shape, The Color, The Feel. This beautiful, collaborative body of work was a huge gift as I had recently moved to town. It threw me straight into the creative community by allowing me to contribute my perspective of Joshua’s filmmaking process. I admire his aesthetic and approach so it was inspiring to stand beside him on set. The rich dreamscape he created allowed Kate’s story to unfold.”

“I’ve wanted to work with Joshua Black Wilkins ever since discovering one of his books at {hair salon} Parlor and Juke. I was thrilled when he eventually asked to photograph me and said “yes” to directing a segment of the Shape The Color The Feel.

Joshua works in a very simple, straightforward manner, which is evident in the final product. He directed me in such a way that I was able to sit in the emotional space of the song, and remember why I wrote it in the first place. Having Emily B Hall capture the process simply added another layer to the project: multifaceted artists exercising their talents together.

The filming of “Let Me Go” afforded me some seriously raw revelations. While my performance is on the verge on melodrama, the video has an eerie Twin Peaks feel, which is right in line with the music. The Shape The Color The Feel was an exercise in my ability to let go. By trusting the risk, my team created something beautiful together.”