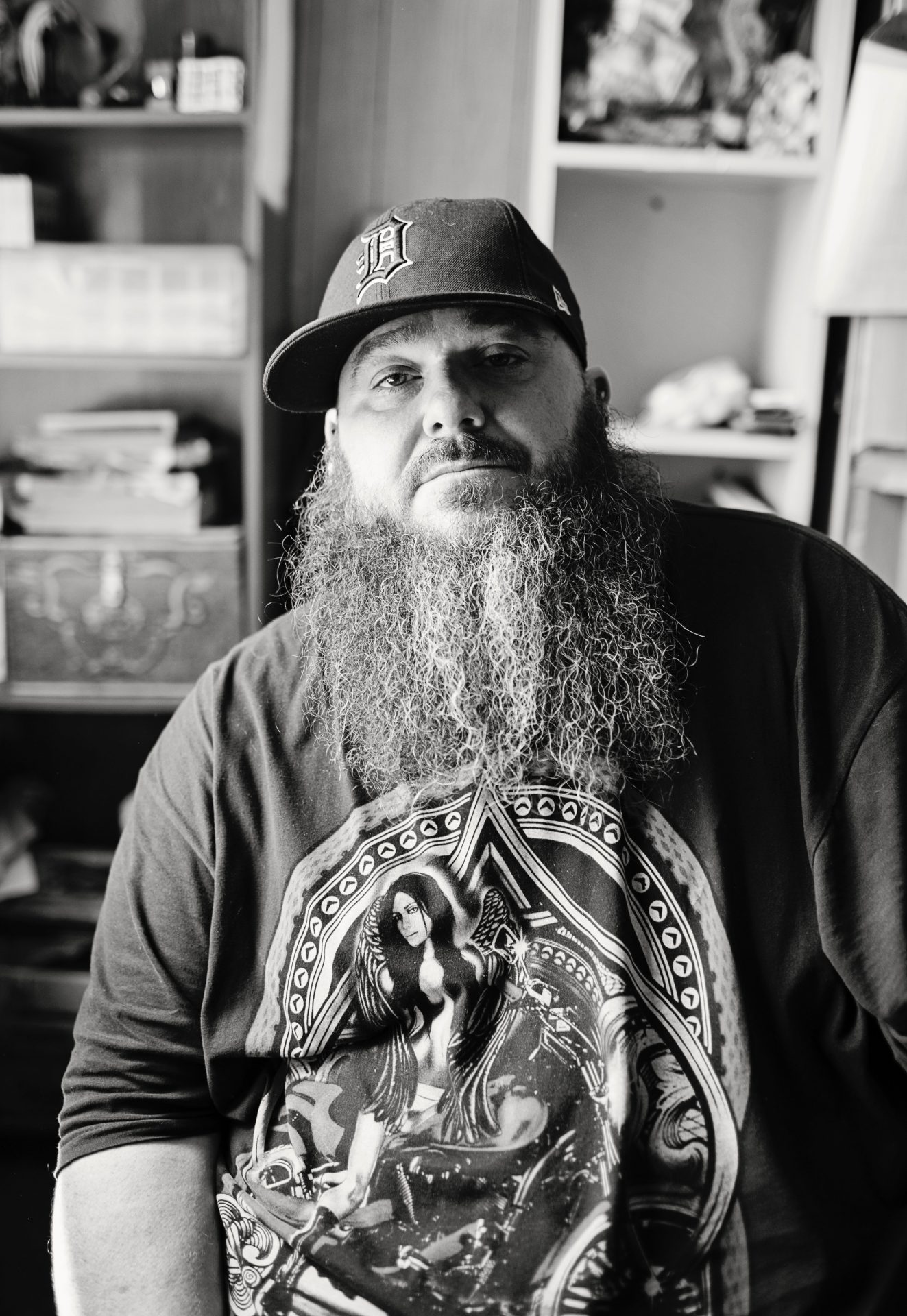 This conversation with painter Tre’ Deuce Ronin is part five in our weekly Nashville Quilt Project round-up. In it, the artist who is recovering from homelessness, says he believes art and culture are inevitably what make us human. The Nashville Quilt Project is a 50-foot mural located on Charlotte Pike for which founders Jake and Hana Elliott, photographer Elizabeth Ratliff, and I partnered with four nonprofits to highlight their exceptional arts programming in the wake of national budget cuts. As Ronin, independent of any organization, explained to Jake below, art has always been a prevailing force in his existence—a positive activity through which he channels a wide spectrum of feelings. Now that he is no longer in survival mode, Ronin creates as often as possible to deal with his mental illness, schizophrenia. While painting, a hobby he began merely nine months ago, Ronin can breathe deep and take a break from his own mind.

How did you become homeless?

TDR: In a nutshell, I got really sick and couldn’t support myself or handle my medical bills as a self-employed artist without insurance. I literally went from break dancing, making hip-hop music, and playing basketball all of the time to being bedridden for almost ten years.

You’ve moved around a lot. Out of 14 different states, what’s the best place you’ve ever lived?

TDR: Can I choose three? Hawaii, Portland and Austin, Texas.

TDR: I come from a strict, oppressive background where art and music weren’t accepted. Prior to meeting my girlfriend, I had always done what was expected of me. She encouraged me to pursue doing what I love, which is why I ended up attending a sound and engineering program in Portland. Music is my primary passion and I always hope to make a living doing it.

TDR: Graffiti, which I started doing at five years old, opened the gate to everything in my life. It was the first art form that allowed me to get my emotions out. I notice when I’m angry I tend to make darker pieces. While I’ve done yoga and meditation, creating is when I feel the most Zen. My mind tends to race constantly and, only when I’m doing art, can I can focus all of my energy.

Were you able to do art when you became homeless?

TDR: Unfortunately, when I became homeless there was no time to make art. That led me to a deep depression and panic attacks. When I couldn’t make art, the symptoms of my schizophrenia were exasperated.

What is one of your personal philosophies?

TDR: I don’t feel like the art we create it ours. I believe ideas are out there in the universe and each artist is like a lightening rod. We filter that creative energy through ourselves and that’s when the process become a part of you.

Do you think artists are different from other people?

TDR: I think we are very open to people, experiences, and everything that is happening around us in the universe.

What did you paint for the Nashville Quilt Project, what is it called and what does it represent?

TDR: My piece is called “My Name Is,” which represents my long-time passion for graffiti art. Most graffiti artists draw on stickers and place them on lampposts or walls around their city. You can leave your mark somewhere without the act being legally considered vandalism. I’ve only been in Nashville for a short while so this painting was my way of saying, “Here I am and I hope you’re ready!” (Laughs)

What was your favorite part of the project?

TDR: The fact that I was even selected. I have only been painting for a short time so that blew my mind. Yet, I also felt that this is where I am meant to be. The Nashville Quilt Project was a huge gift in terms of exposure and helping me gain my confidence back.

How do you think art is perceived in today’s society?

TDR: As more of a hobby than a career, which is really unfortunate. Without art, where would be the enjoyment and fun exist in life?

What is your greatest hope for yourself?

TDR: That I never go back to the dark place I was living in. I want to have the opportunity to create art and alternate between many different mediums. I would love to experiment with film editing, photography, painting and music, and make a living at them all. Becoming an established name will hopefully give me the freedom to do what I want artistically. That’s every artists dream, right?