Since childhood I’d been obsessed with vintage photo booths so it’s been a dream to partner with Majestic throughout my first book launch. The company, initially founded in Atlanta by musician Zach Brown in 2006, is now headquartered in downtown Nashville. (Check out the hit single “Smoke” by Zach’s band A Thousand Horses, which is currently blowing up the pop-country charts.) Zach is the ringleader of this unconventional team effort— the 30-something entrepreneur runs his company entirely from the road. After sound checking, the musician scouts new venues where he can place his machines. The visionary then relays his big ideas to Lauren Henslee. She is the company’s order of operations, happy to bring them to life. While it’s rare the two are in the same room together, their unconventional dynamic works. It keeps the hyper-active businessman creatively satiated and provides Lauren with the freedom to flex her creative muscles. By tailoring his business plan to his personality, Zach has been able to stay in motion while anchoring Majestic Photobooth in five major markets. As spokeswoman Lauren explains, the booths and company will always be evolving. 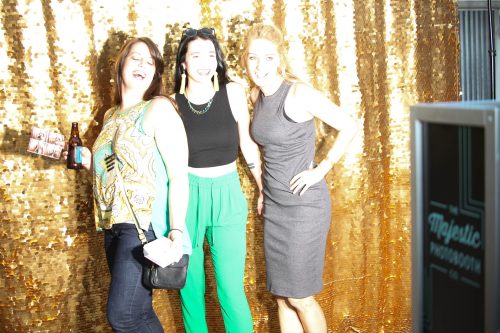 How did a full-time musician become obsessed with photo booths?

Lauren Henslee: Zach saw a lot of ramshackle products on the market and decided, quite simply, that he could create a better product. The guy loves style so if it wasn’t photo booths it would have been another niche, creative venture.

How did he get the ball rolling?

LH: After launching in Atlanta with a single chemical-processing booth, he started bringing the machine anywhere that would have him. As his music career took off, so did this business and since then we’ve been able to open offices in Nashville, Philadelphia, D.C. and New York. We still do events everywhere and in between.

What attracted you to his company?

LH: Zach handpicks people for positions, which he knows will allow them to flourish. For example, when he met our engineer Vince, also happens an incredible musician, Zach took one look at him and said, you’re exactly what I need.

How does he select the cities into which the company expands?

LH: Through touring. Zach is a gears-always-turning kind of guy. Most of his texts say, “We gotta get a booth in this bar!”

What is the biggest differentiator as far as your company goes?

LH: The fact that we manufacture our own booths. Zach knows the history of our product inside and out and wants the booths, like the company, to be a continual work-in-progress. These aren’t makeshift contraptions with a bed sheet for a backdrop. The machines come complete with the latest printers, cameras and software. 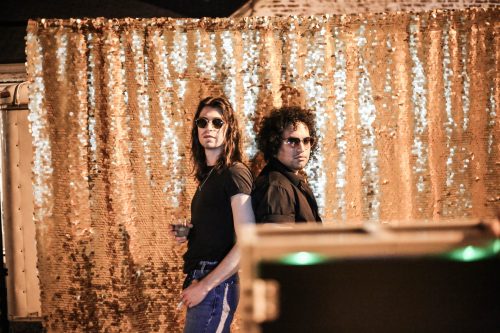 What is Zach’s bigger vision— to get one in every city in the entire universe?

L: Anytime a photo is taken it has Majestic’s logo on it. (Laughs) We’re in a period of growth where we are rebranding and structuring. Our goal is to be a full-service marketing tool and increase booth placement. Since every one is customized you could ping pong down Broadway and never know Acme and Silver Dollar Saloon’s came from the same company.

What do you think has been the secret to Majestic’s success?

L: Zach cannot have a 9-5, sit-on-his-butt desk job. He chooses the people who can be here to do the day-to-day stuff so he can be on-the-go generating creative ideas. It’s his gift after all! He is the charismatic frontman whose visions I love executing. I mean, my “research” is getting to know the creatives in a city that I live in and love. It’s a pretty fun job! 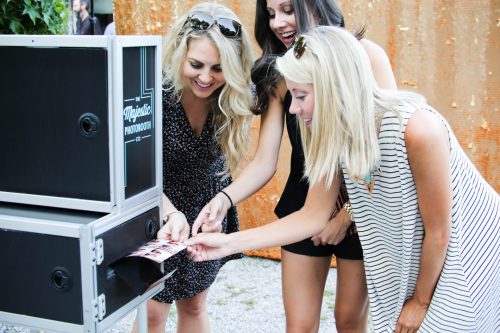 Majestic Photo Booths will be at Parnassus Books this evening for my Word of Mouth: Nashville Conversations signing!