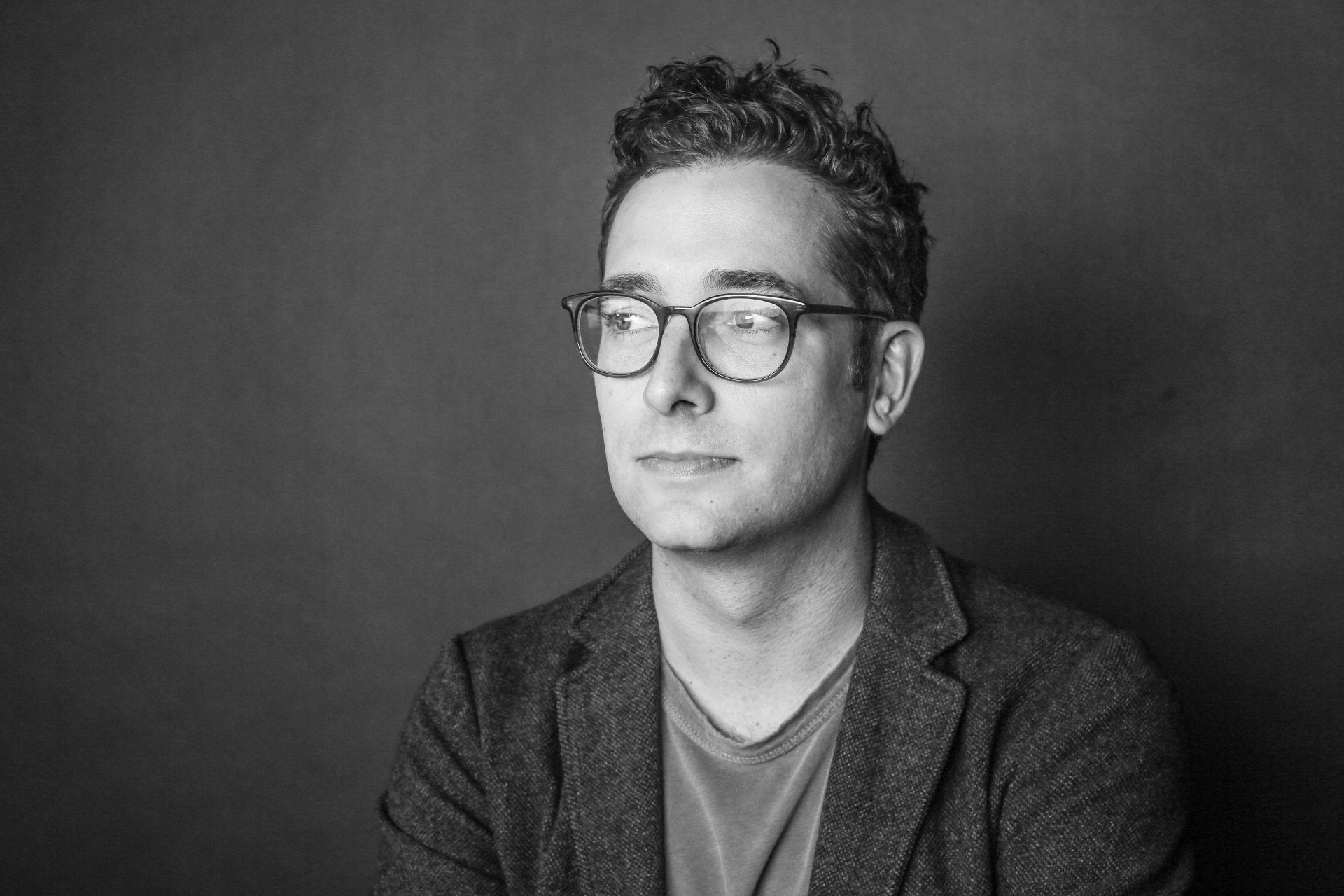 Photographer, painter, videographer, doodler and writer Will Morgan Holland isn’t directionless. Nor does the multimedia artist have ADD. After 30 years of feeling disconnected to himself, he simply wants to dabble in every medium imaginable.

The “cheerful misanthrope” leans towards the dismal side of life. Yet, his own filter is more Woody Allen upbeat pessimist than his favored author Cormac McCarthy. Holland is appreciative of every moment. He is fully there whether he likes what he sees or not.

This conglomeration of Jerry Seinfeld, Ernest Hemingway and James Franco is whip smart and almost alarmingly fearless. Quite frankly, he doesn’t give a fuck about other people’s opinions as he perfects his craft in the public eye.

When we spoke, Holland had just penned a short story series, had a new issue of NATIVE magazine hit newsstands with his image gracing the cover and was in preparation for his first art exhibition at Eastside venue POP . His creativity cannot and will not be confined, and he has admirably managed to monetize his art school exploration process.

And why the hell not? It’s freeing for him and addicting for fans, such as myself, to watch Holland liberate his dark side. His only responsibility is to uncage the madness and keep the vision in his brain as pure as possible.

Perfectionists who keep their precious art to themselves should probably take a cue. Not only are Holland’s contemporaries anxious to see what comes out of his labyrinth next but his currency, measured in terms of creative fulfillment, has made him a rich man.

Let’s not beat around the bush—how do you make money as a creative?

WMH: I don’t take budgets under a certain amount because I don’t want to be the cheap guy who’s going to get it done for you.

Of course! There’s so much crap in this world you don’t want to add to the shit pile.

WMH: Exactly. That being said, we all gotta pay the bills and eat the food we want so I’ll make internal videos for an alarm system company or shoot an artist that I don’t necessarily like because it will pay my rent for three months— it just doesn’t go in my portfolio.

In your opinion, does money hinder creativity?

WMH: Yes. Struggles shape you as a person because they’re something to rub against. I know wealthy people and money is an obvious burden in terms of their creative output. Especially these days, when everything is so accessible, you can make a movie, record or a book while working five nights a week at a restaurant. I waited tables for years— not only for the money but also the artistic material.

Why is it so taboo for artists to admit they do the dirty work?

WMH: I don’t know but that irritates me. I haven’t waited tables for awhile now but I’d have no shame about going to do it next week. I grew up in a blue collar family — my dad was a truck driver and power plant worker. My mom worked in education. We lived in a super tiny, very conservative northeast Texas town where we went to church three times a week. While my mom encouraged my reading habits and my dad played Neil Young records it was just the wrong setting for me. I left immediately after high school graduation.

What was the turning point where you really tapped into your creative self?

WMH: I was signed to a major label when I was 18 and for four years my band and I toured around. In my mid-twenties, I put music and religion aside to find an identity solely based on me. My biggest issue with the Christian culture was the belief that we’re born into sin, get saved and then die, which is when it’s supposed to get really good. It felt like a lack of gratitude for what is right here in front of us. After I walked away, I finally felt like I could embrace the fragility of life as well as my own body and perspectives.

How soon after did your creative career take off?

WMH: Around the same time, my mom gave me her mother’s 35mm camera and I started shooting with that around town. Shortly after, I did some videography and started doodling with pens. Next, I met my wife Amanda {Valentine, Project Runway star} who is very driven and focused. That’s when everything elevated and, essentially, exploded. Someone asked me recently, “What do you really want to do?” and, the truth is, I want to do all of it and not necessarily be defined by any of it. The big lie is that you must nail down your thing, and make enough money until you can retire and try something else.

What happens right before you spit out a painting, video or photography project?

WMH: I always know exactly what I’m going to do right before I do it. My head fills up like a pressure with all these ideas, I feel really, really anxious and depressed until the valve opens up and totally releases. Once that happens I’m so content that I could just die. {Laughs really hard.}

You’re pretty logical for someone exploding with so much creativity.

WMH: I’m not an airy fairy mystic who lives in fantasies or dreams. Because I was taught for so long to look outside of myself for the answers, I’m mostly interested in relating to myself as a person.

The art is a bridge back to your real self.

WMH: Absolutely. It’s a way for me to reveal parts of myself that are really, really vulnerable. There is a buffer between you and the audience who interpret the work however they see fit. Not only is it unbelievably gratifying but it’s such a beautiful way to exist.

Where did that confidence come from—especially considering that you’re relatively new to the scene?

WMH: Faire question. I’m not the best cameraman, editor or colorist but I do come forward with a really strong vision. A lot of people are willing to sell themselves super cheap in spite of their skill set. Like your book, my vision is a banner for me to stand under.