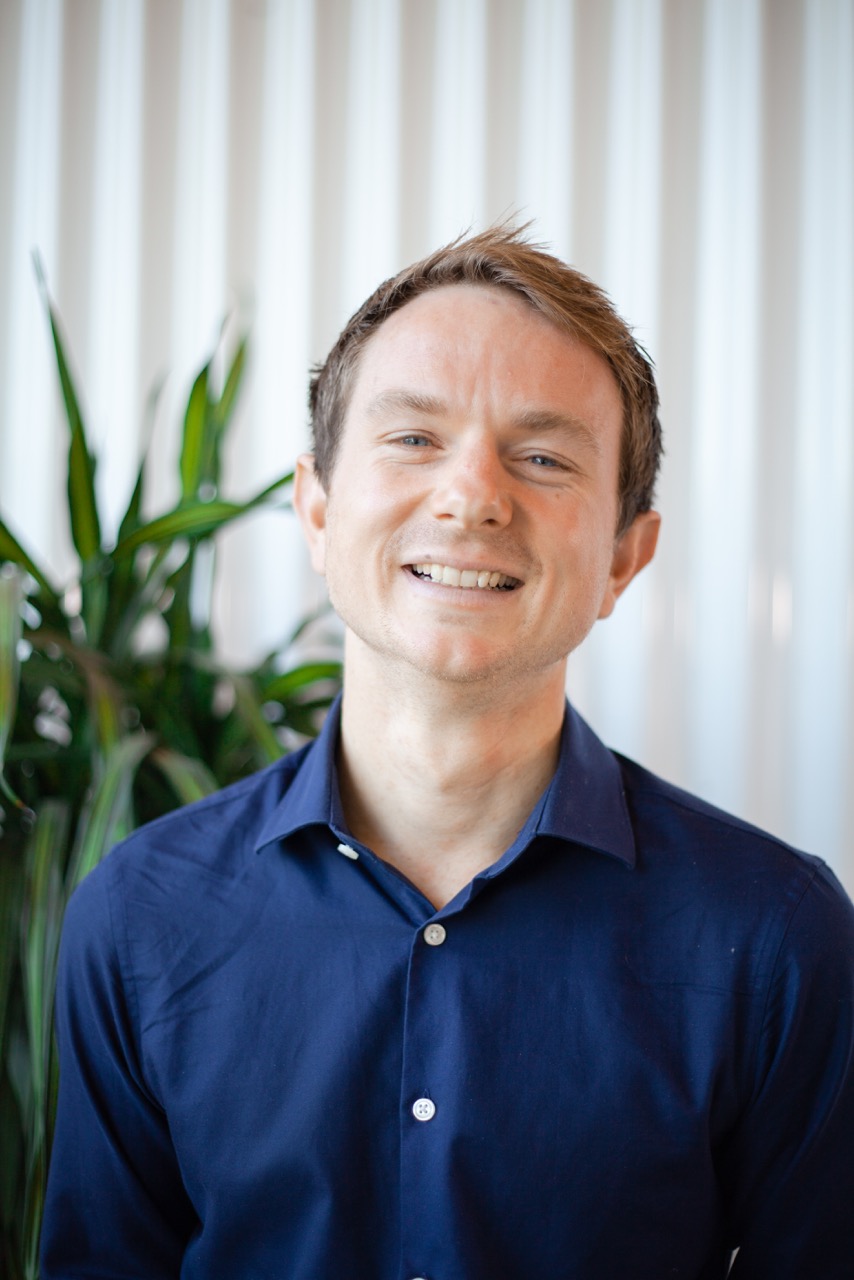 Andy Hix is a wellbeing and performance coach based in London. He also hosts the wonderful podcast The Mindful Banker, which I have become a big fan of since being introduced to it through former Word of Mouth Conversations subject photographer Stefan Jakubowski. Andy, who has delivered one-on-one coaching and courses on mindfulness to individuals and corporations, touched me deeply with an article that he wrote on loneliness on the platform Medium. I was thinking a lot about loneliness during this time and how much my interviews have saved me during times when I could have felt isolated. Andy’s vulnerability about his own experiences of loneliness, despite having a strong social life and thriving career, touched me. I became even more excited to speak with him after listening to his podcast The Mindful Banker, which features folks in the finance industry who don’t subscribe to the typical binge drinking and workaholic culture. Instead, they have found a different way to cope with stress. I feel so grateful to have met so many woke people in the last year in London, one of my favorite cities, who are educating people on how to care for themselves and connect with others in a healthy way.

How much prep went into assembling your podcast “The Mindful Banker”?

What made you want to host a podcast?

Last year, I went to a tarot reader who said to me, ““I’ve got an image of you lying in a hammock in the jungle. You are too much in your comfort zone. I want to give you a kick in the ass and send you out where you aren’t as safe.” From there, I decided to create a 50 days of failure challenge where I would try something new everyday that I would most likely not be successful at. I posted on Facebook that I was in search of challenges. A friend commented, “Find someone high-profile who might help your cause or business.” I had recently met this amazing CEO and thought it would be amazing to interview her for my podcast, which, by the way, I hadn’t created yet. She said, “Yes!” straight away and the podcast was born! So often we don’t even ask because we’re so afraid of being rejected.

What happened from there?

I learned through the interview process that I could feel very connected to people I had previously felt a bit intimidated by. My subject, Sacha Romanovitch, and I were very much on the same level as far as our thoughts about wellbeing, the meaning of life, and finding balance in it.

Why did you choose the finance industry in particular as your subject?

By chance, two of my main coaching clients were in the finance industry and my business partner had been a bond trader for 15 years. That is the world he knows well. When I was trying to appeal to everyone it was hard to do sales and marketing because I wasn’t sure who my audience was. Narrowing it down really helped me to know who to reach out to.

How do you find your subjects?

Every time I do an interview I ask the subject afterwards if they can think of two other people that I should interview next.

Did your perception of the finance industry change over time?

There is a perception that people in finance are aggressive, stressed, and greedy. But the people I interview and have met through my work are not like that. Meaning, purpose, and wellbeing are really important to them, as well as financial security.

Sometimes when I first meet the people I interview, I don’t feel connected to them. One of the last people I interviewed was very handsome, successful, and made ten times more money than me. That made me draw comparisons between our lives and think he’s so much better than me. His confidence highlighted areas in me that I felt insecure about. However, what I discovered through doing the podcast is that I humanize my subjects by seeing how similar we are. When they were working those insane hours that I’ve always thought I couldn’t handle, I find out they couldn’t handle it either. What I realized was that we weren’t that different in reality.

Were you surprised at who gravitated towards the podcast?

What most surprised me is that people who aren’t in finance were interested in it. Another preconception I had about the finance industry is that it’s really boring. It was interesting that those outside of it who were intrigued. I don’t work in finance but find it interesting now too! {Laughs}

Did you find that, because of the interview process, your subjects found their jobs to be more interesting as well? People don’t talk about their jobs sometimes because they think they are boring.

Were there other stereotypes that were rewritten by the interviews?

A big stereotype about the corporate world is that everyone is a clone and it is expected to be quite robotic. There isn’t room to be yourself but rather, you must sound the same as everyone else. What I have come across, whether it’s a finance professional telling their clients that they don’t drink or that they practice yoga, being different has helped them to become more successful. People like people who are themselves.

I would think with the current political climate in the UK your work around finding commonalities resonates more than ever.

I am a big fan of the philosopher, writer, and speaker Charles Eisenstein who believes one of the biggest issues of our time is polarization. I too have played my part in this through my “othering” of people who work in finance. The co-working space that I am a member of is called the Psychedelic Society where our demographic could be described as a bit hippie. I felt uncomfortable when one of my interviewees joined us for lunch afterwards because I feared people would judge him as a greedy banker and he would see my friends as flaky, lazy, and low self-confidence hippies. Fortunately, they all seemed to get on well and he was appreciative of the lunch. It felt like a symbol of bringing two worlds together to make bridges. All the judgments were just in my own head.

What are other ways that people can do this on a smaller scale?

I think it’s important to talk to people who have the opposite views to you on things you feel strongly about, and really try to understand why they think that. Empathy is the solution to so many problems.

I also love that your aim is to help one person at a time.

Ironically I used to think, how do I save the whole world? Yet, I found when I tried to operate in that kind of way I felt despairing, questioned if anything I was doing made a difference, and judged myself and others for not doing more. It wasn’t effective, nor did it make me happier. Through my mindfulness work I get great satisfaction by helping one person at a time. I believe on some level it has a bigger ripple effect and helps the wider world.

I loved the article that you wrote about loneliness, which is something I think about a lot because it seems to be an epidemic—the lack of being known.

It came up for me when reading the book Lost Connections by Johann Hari who was prescribed antidepressants and told by the doctor he had a chemical imbalance in his brain. He discovered through his own research that his depression was caused by a lack of connection to himself, other people, and meaningful work. His book made a lot of sense to me. After I read it, I remember being in a swimming pool and thinking to myself, I feel lonely, which others might have found odd because I have lots of friends and whenever I have a party lots of people come.. But, at the time I felt this way, I was working at a co-working space where I felt quite small. I was comparing myself to other people unfavorably. I found it difficult to connect to people because everyone was busy working. In retrospect, on a day-to-day basis many of my basic needs weren’t being met, which is to be seen, valued, and to connect. Since moving to a new co-working space, things have gotten much better because I’m more connected.

What are other tactics people can use to counter loneliness?

Ironically, spending more time by yourself! I really had to force myself to confront my fear of it. It was so liberating when I did. Last year I spent six days in solitude in Scotland and I had a wonderful time.

Also, it sounds obvious but making an effort to spend time with friends and family without phones being involved, and making sure you have face to face social interaction during your work day is crucial.

How has meditation and mindfulness affected you?

Once I started practicing both, I realized how addicted to my phone, distracted, restless and disconnected from my emotions I was. And as I was noticing this, I also started to feel more peace, joy and love than I had ever felt before.

Do you find people in the UK are relatively open to the concept?

Yes. The National Health Service offers it, over 200 Member of Parliament have done an 8-week mindfulness course, and it’s normal now for it to be offered in workplaces and schools. We are experiencing a revolution.

What are you proudest of in your career to date?

I’m particularly proud of one of my clients who went from being highly anxious and very unhappy to describing themselves as 10/10 happy and getting to the point where they are writing joyful poetry and reading it out at events and writing a book to share their experiences of overcoming the traumas they’ve been through in their life.

That is quite amazing.

Hire Lily to write for you here

Word of Mouth Conversations—Eliza Wexelman, Girls at the Library