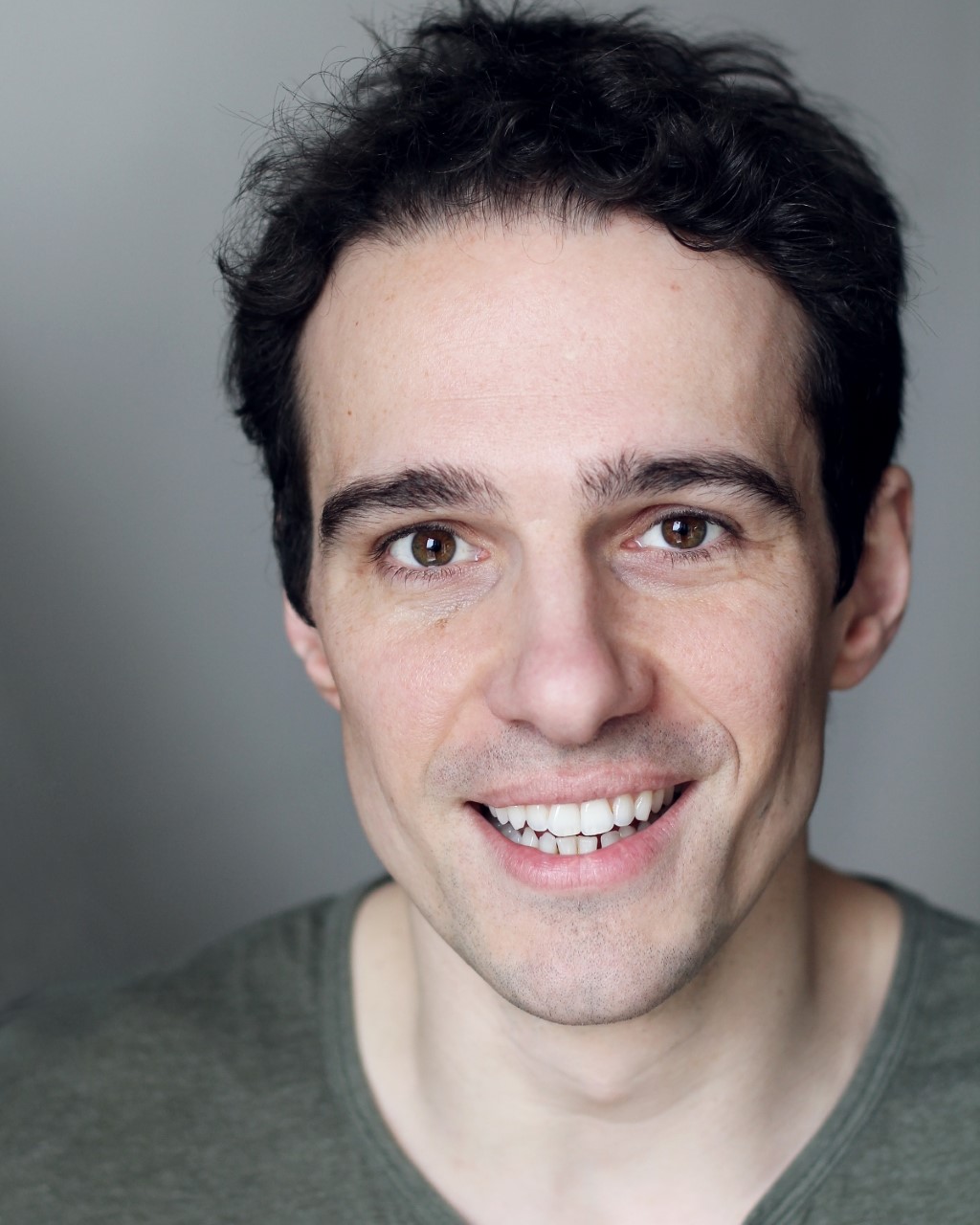 Jake Harders is an actor, director, and coach based in London. We met at the Central School of Speech and Drama this summer where he taught an on-camera class in my weeklong course. Like myself, Jake first became interested in acting as a “lonely, only child” where, in order to play games he had to create all of the characters and voices himself. However, he initially thought he would become a writer, create an amazing novel, that would naturally be turned into a film, in which he would be given a cameo, of course, and from there discovered as an actor. Fortunately, a girl he was going out brought things back to the simple one day suggesting, “Why don’t you just become an actor?” From there, even though the typical careers in his hometown of Liverpool, England, were accounting and business, Jake followed his inner compass towards the Central School where he studied after university. He has since satisfied his appetite for learning as much as he can about the craft by studying and working in both the UK and Poland. He uses acting to discover what it means to be alive. While perhaps he could have made a million pounds a year working in finance, Jake cut straight to the direct endorphins that come from doing what he loves.

I feel acting is something that comes naturally to children as they explore who they are. I always enjoyed imagining being someone else. At university, I did some student drama on the side but it took me a while to allow myself to put acting at the centre of my life rather than position it as a hobby. It still feels pompous to say, “I chose a career as an ‘artist’.” After I recognized that I needed training I applied and got into the BA Acting course at Central School of Speech and Drama on the very last day of auditions.

Do you feel for other artists who love acting yet are scared to pursue it?

In England at the moment, if you want to explore your creativity but are not already wealthy, you may well have a challenge. I am from the era of student grants and minimal tuition fees, so it was a relatively safe gamble to go to drama school. I meet many people now who dare not take the risk of doing a degree for fear they will be saddled with debt with no guarantee of a career. Drama schools of course have bursaries and scholarships to help people with potential, but anecdotal experience tells me that people from rich backgrounds have a competitive advantage.

Why pursue acting then?

One thing I would stress is that you have only one life and you’re going to spend a lot of it working. Some of my friends have said that they spend hours in a well-paid job which they find deeply unfulfilling so that they can use the money to do things to make them happy. I just cut out the ‘middle man’ (i.e. all that money!) and do a job that makes me happy.

When did you first feel that you understood acting?

When I went to Central I thought, with false modesty, ‘The only thing I know is that it’s all about entertaining the audience.’ I wanted to help the audience understand my character so they could access the play. I was too immature to understand that this is patronizing to the audience’s considerable intelligence and also an escape from exploring yourself.

I think acting is a great way to stay present in this nonstop busy world.

Doing a really challenging acting task on stage or screen definitely quiets my mind as I need all my resources to do it. Reading Eckhart Tolle helped me understand the endless river of thoughts in my head should not dominate my existence. They want to distract and reinforce my ego when I could be connecting with and learning from what is around me. When preparing a part, a lot of my energy now goes into creating the right conditions for my own thoughts to drop away and for the dramatic situation to totally seize my attention.

When did you start working in a physical rather than analytical way?

I came across Towards a Poor Theatre in Central’s library one evening, which is a mysterious book by Polish director Jerzy Grotowski. I started reading it on the tube home and found myself glued to every page. It was written obliquely and I had no real understanding of what he was talking about, but it bypassed by mind and spoke to, or even with, my soul. Grotowski was responding to Stanislavski’s late, physical work, and he talked about a transformative relationship between actor and character, and between actor and spectator, that could embrace but also go beyond entertainment. It made me feel I wasn’t activating my creativity properly, so when I was free I found Grotowski’s theatre in Poland and went to a workshop. It was a life-changing experience for me. I discovered dormant material within, which came through truly meeting, not faking or flattering or imposing, other people in my work.

What else did you learn there?

Grotowski’s basic premise, as far as I understand it, was that art, acting, creativity can be used as a tool to connect with yourself and with others more truthfully, more fully. And if the spectator were willing, it could have that additional effect on them too. Grotowski’s work uses the body as much as psychology, so I learnt a great deal about how to uncover its potential, which can lose its subtlety in a centered-world, through doing.

The best actors don’t have to do much in order to be interesting.

Stanislavski’s work was to observe as accurately as possible what happened in nature. He made the observation that every inner feeling or thought manifests itself physically, and every physical action affects you on the inside. Great screen actors can do very little, but the little they do reveals their inner life very clearly, universally like Denzel Washington. He also taught that speech is the tip of an iceberg made up of our unspoken thoughts, actions, and life experience. Just the same applies to a character. Late in his life, Stanislavski would have his actors first read the text neutrally and use it as a springboard, not the end point. He asked them to improvise the scene with actions and words that felt natural to them. Gradually, he would direct their improvisations to move closer to the actual text, then finally the text itself so the actors felt it had organically grown from them. Certainly the actions had done so.

Why do you think he used this technique?

A feeling of ownership over the material leads to a more truthful performance.

How does a director get what he wants from an actor?

The best directors I worked with asked questions that stimulated and nourished the actors. If there is an element of defensiveness or resistance on either side then the relationship goes in a direction that hampers creativity. There has to be a safe, open, and collaborative working environment where everyone agrees to work towards the same goal. You make mistakes and learn from them.

What is some of the best advice in regards to creativity you were given?

I once worked with the director Declan Donnellan on a production where, after a while, the actors had become set in their ways. We knew what we were doing and it had become quite easy to do the show. However, creativity shouldn’t necessarily be easy. One day, he asked us to change all our actions, to revive the spontaneity that had originally given birth to the production. That took me out of my comfort zone and refreshed it!

What do you think trying new techniques does?

In life unexpected things happen. But in a play or film the actor mostly knows what will happen and that can affect the ‘lifelikeness’ of the work. Trying new techniques counters this. Also, it’s very easy for people to make shortcuts to save time or energy. However, these can rob you of fully experiencing the moment, staying present, and seeing your scene partner.

Why do you think it’s so important to stay present?

When you really see others, and use your senses fully, this feeds your creativity. The bigger challenge is to remember everything you experience.

What is your personal goal as an actor, director, and coach today?

As an actor or director, to continue to try to tell stories that matter, that others can learn from, in a collaboration with the doers and the watchers. As a coach, to put before training actors a variety of challenges and then support them as they work out how to meet them. I tell training actors to find as many teachers as they can, and to question everything, so that they can work out their own personal process.