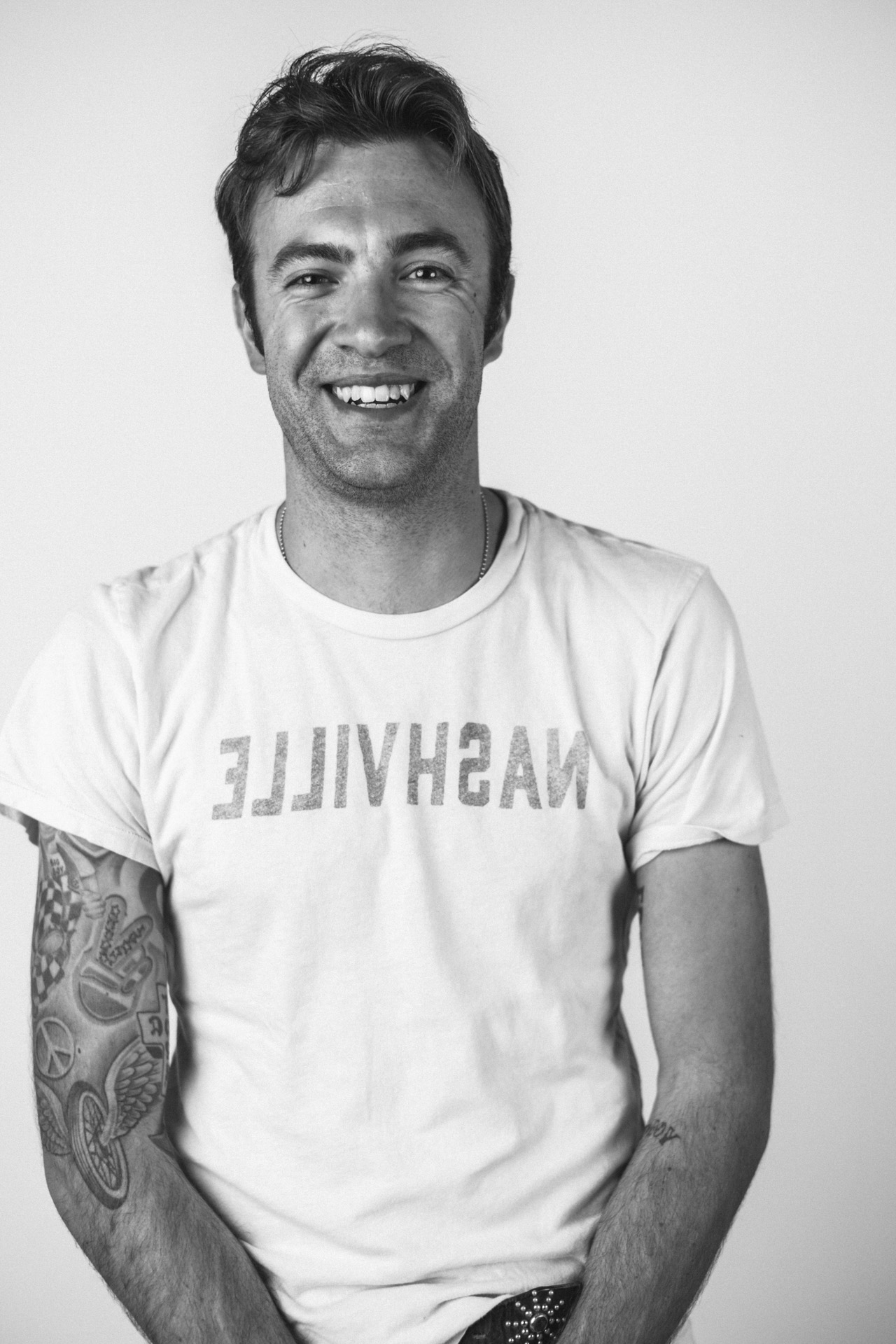 I know what it’s like to become obsessed with documenting a different culture. From my own experience in the South, it is both exhilarating and exhausting. Perhaps it’s why the first time I saw the world through artist Larry Neihues’ eyes I got goosebumps. As my friend and Word of Mouth: Nashville Conversations collaborator, photographer Joshua Black Wilkins put it best, “I am awed and inspired by the way Larry sees America—an honest portrayal that can only be seen from the outside in.”

Indeed, Niehues’ lenses is a timeless, voyeuristic documentation of daily life. The visual storyteller, originally from Avignon, France, spends his free time on expeditions traveling through the United States. For the last five years, he has accumulated material for his forthcoming coffee table book Nothing Has Changed, a passion project about America and his source of inner peace. Niehues used the photographic process as a form of cultural immersion. The camera was how he overcame the language barrier, communicated with other humans, and figured out what was going on in his adopted country. After moving to Los Angeles with his brother, at age 22, he became obsessed with capturing the cultural iconography he had learned about from television and music. By going in with untainted eyes, the 29-year-old photographer found gems wherever he went. His perspective, from this American girl’s point of view, breaks down cultural barriers and preconceptions. Through his vignettes, which often feature vintage cars, cowboys, and Western-worthy characters, Niehues captures the spirit of each region in a way that feels true to the area.

How did you get involved with photography?

LN: My brother and I started a fashion company together called FBC Clothing. We didn’t have a photography budget so I started taking all of the images for our website. Entirely by accident!

Were you formally trained at all?

LN: I learned on the streets although I did, on occasion, pick up a few tricks from friends. I always followed my eyes.

When did you begin your Nothing Has Changed passion project?

LN: About five years ago I began documenting America—a fascination that stems from my mom and dad. My mother used to live here and they loved the culture, which I grew up intrigued by as well. At age 20, my brother and I traveled to Los Angeles together for the first time and two years later, we moved to the States permanently.

Can you describe your process of cultural integration?

LN: When I moved here, I didn’t speak English well. It was also my first time living by myself and away from my family. Even though it was difficult and lonely at times, I was passionate and loved America so much. Nothing could stop me.

What is your favorite city in America?

LN; Nashville. That’s where I see my future. Of everywhere I’ve been, it’s my favorite city of all time. Four years ago, I went on assignment to shoot Dan Auerbach, frontman of the Black Keys, and just had an absolute blast. Nashville is very honest, versus LA where everyone wants to be somebody. It reminds me a bit of my hometown, Avignon, France, because of the hospitality and helpfulness of the creative community. I fell in love.

Some of your images look as though you’ve had a conversation with the subject. Others seem like you shot them from afar. What’s your process?

LN: It depends on the situation. Sometimes I love candid photos and other times I spend hours or even days with my characters. I want to show people that the old America is still strong because that’s what I grew up watching as a kid. When I was in Taos, New Mexico, I had the chance to stay at a ranch for a week, which was a great opportunity to shadow the owners. On my next trip, I’m going to Florida to spend time with a family who lives in the Everglades. Exploring the swamplands and capturing their lives is what I love to do.

Is your camera a tool to communicate with people? I know my tape recorder certainly is.

LN: Yes, it’s the perfect way to connect with different people, lifestyles, and languages. I have so much to figure out and this is my means for doing it. It’s why this personal project is the most sincere and truthful piece I’ve ever worked on. It’s what I like to do.

I love that you get these really organic, spontaneous portraits—something I’ve always wanted to do but never had the nerve.

LN: Thank you. Sometimes there is fear when approaching people but I usually just trust my instincts and go for it. If I see a picture I want to take, the courage comes from somewhere, and I just know how to get it. Posed portraits aren’t what I want to show the world.

What was the first portrait you took for your Nothing Has Changed project that you thought, “Man, I’m proud of that?”

LN: I was commissioned to do a photo shoot in 2012 and, as I was driving to set, in the California desert I saw two couples on the side of the road. I snapped their photos and after I got the film back thought, this is what I want to do. From there, I began scouting other small towns, traveling solo, and looking for all of the surprises they could offer me.

What’s your favorite thing about this project?

LN: There are so many beautiful towns, which all have their own culture and way of living. I feel like I’m in a different country everyday.

LN: Someone thought my photographs were originals from the 1960s—and that I was an American artist! That is the ultimate compliment because I want to shoot this beautiful country in the right way. I felt so happy.