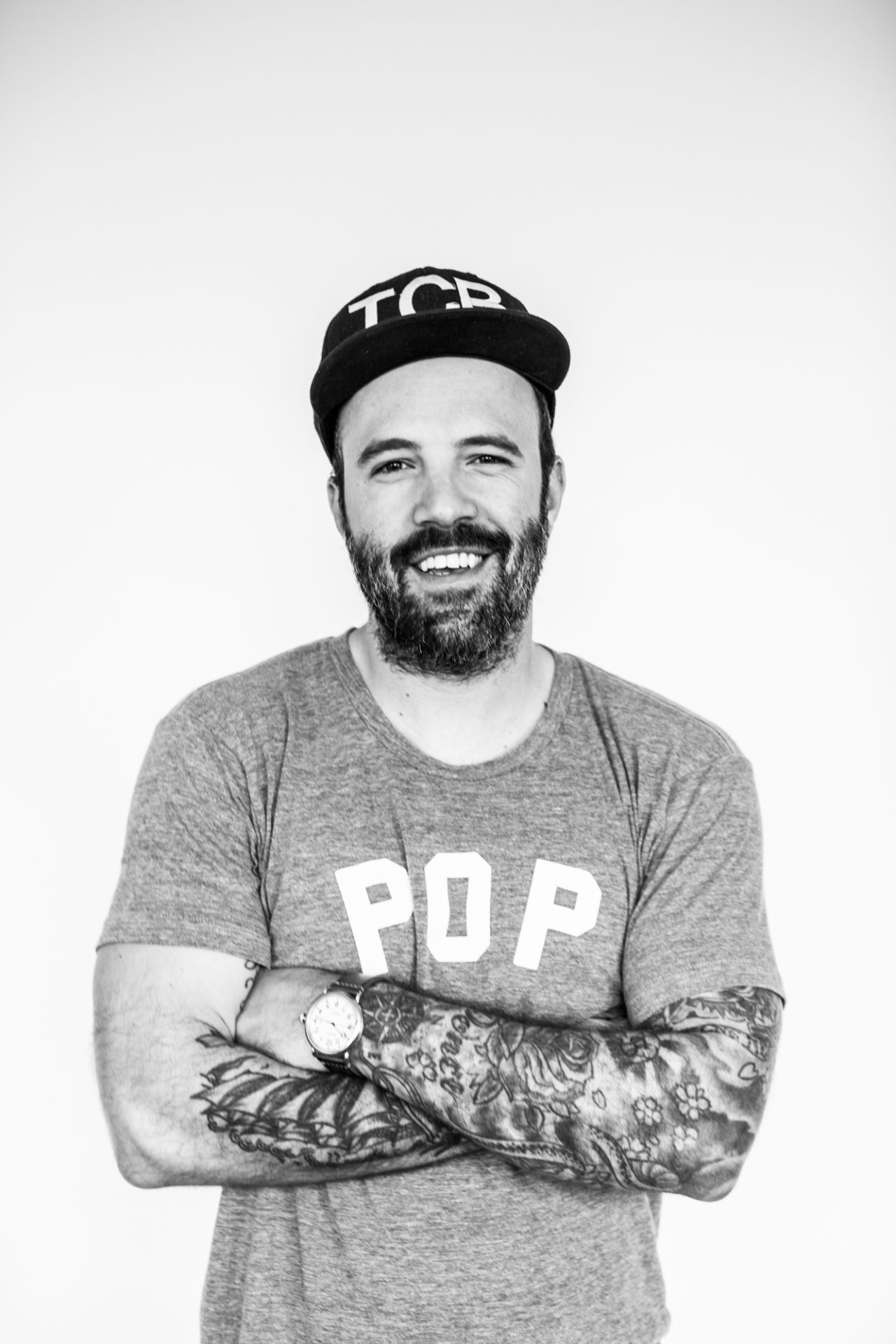 While Jacob Jones has one of the most colorful resumes around, (currently he identifies as a musician, contributing writer at 12th & Broad, and cofounder of the Unlikely Company with fellow entrepreneur Marcus Whitney) he still sees himself as the guy who throw parties for a living. Nearly 500 events and thousands of hours of Motown music later, he and his Electric Western partner Reno Bo still pack the house every Monday at East Nashville hang The 5 Spot. Seven years later, Keep on Movin’!, voted ‘Most Stylish Party’ in the US by GQ Magazine, still draws an eclectic cast of characters—hipsters, A-listers and tourists can be spotted amongst a sea of swing dancers. “It’s like a time warp that looks straight out of a scene from Dirty Dancing,” Jones explains. He credits this diverse, unpretentious, and positive environment to the duo’s come-one-come-all mentality. By staying true to a simple, streamlined concept—spinning 60-year old records in a place anyone can shake a tail feather to— Keep On Movin’! has become a mainstay for good times and good people.

Growing up in Crawfordsville, Indiana, where everyone became farmers or truck drivers, I was an anomaly—someone who was more weird and drawn to creativity than my peers. At age ten, we moved 20 minutes outside of Atlanta where I first discovered the guitar, punk rock and skateboarding. Being exposed to this alternative, micro-community of people who rebelled against the system really shaped the way I saw the world. For the first time, I saw people doing what they loved.

Even as a teenager I loved to entertain. We had a bonus room in my parent’s house where I would host hangs every weekend. I got a real kick out of playing the right music and making sure my friends enjoyed themselves. However, it was a girl I observed during my 20s that really instilled an appreciation for entrepreneurship in me. She owned a successful baby t-shirt line and watching her run the company made a huge impression. I remember thinking, I could see myself doing that.

In 2008, after relocating to Nashville I began to hang out at the 5Spot regularly. One night, I found out that Monday nights were dead because the bands couldn’t draw a crowd. Right afterwards, one of the owners handed me his Ipod chord and asked if I would DJ for awhile. I rotated through my ITunes catalogue until the bar closed. After that I asked, “Why don’t you let me bring in my turn tables next week?” We agreed I’d spin some records and they could throw me some beers in return. The very next Monday, I brought in my 50s and 60s-era vinyl. It took about six months for the concept to take off however, once it did Keep on Movin’ became the place to be. The recipe, time and bar was just right.

I was very much inspired by a Brit Pop party my friends and I attended every Wednesday night in Atlanta. It was a club for people who didn’t go to clubs. You could dance and drink beer in a dive bar environment. I also have been fascinated by vinyl since my hardcore days. As an adult, I started to really appreciate Otis Redding, Sam Cooke, Little Richard, and Elvis. They were the perfect soundtrack to make everyone feel at ease.

Last week I spotted several Titans players, college kids and couples in their early 60s. Kevin Spacey even showed up a few weeks ago to shoot tequila at the bar and bob his head. When I spot someone of that caliber I can’t help but wonder, what if I hadn’t DJ’d that night at the bar? We just did the party to do it after all. Ever since, it has taken on a life of its own.

The business side was completely accidental—we only started charging because the place became so packed. Maybe $3 a head will thin the place out, we thought. Not at all. The lines actually increased when we started charging $5. Our only concern at the time was building a cool party, creating buzz and making sure people had a good time.

My partner Reno and I don’t have meetings. We just get things done and allow for happy surprises to happen. Organically, by focusing on the concept and allowing it to evolve over time, the money has come in. It’s all come about by taking chances.

Keep on Movin’! was the catalyst that made me realize I could own other businesses. While there will never be a simple answer for what I do, I know I’m heading in the right direction by creating interesting companies, and being able to spend time with and provide for my family. My inner barometer is about finding the work that turns me on.