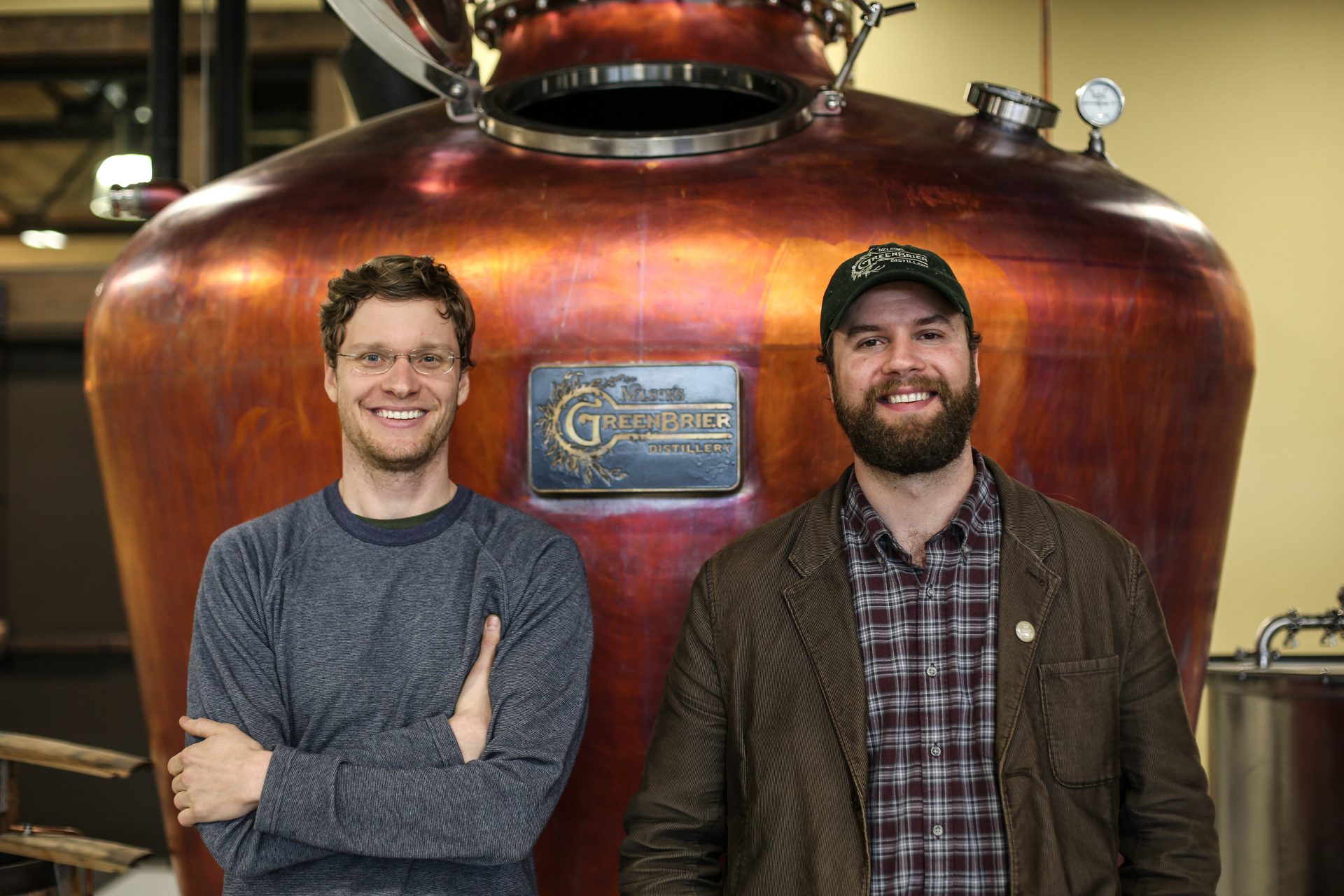 Exactly 100 years after Nelson’s Green Brier Distillery closed down Andy and Charles Nelson reintroduced the company that defined Tennessee whiskey as its own category.

Their business required more patience than most. The brothers laid down whiskey barrels, filled them up and waited for their product to age. In the meantime, the history buffs researched the industry and distillery history. They discovered Green Brier was once a household name in the whiskey world outselling the likes of Jack Daniels. After statewide Prohibition forced their family to halt production in 1909, all that was left were two original bottles housed in the town’s historical society. In 2009, the great-great-great grandsons of Charles Nelson reopened the distillery’s doors.

After all, how could they not? Andy and Charles are preserving their family name by introducing a line of small-batch bourbon to the shelves. Their story so beautifully represents the deep-seated spirit most Southerners possess for their roots. Even a writer couldn’t make this stuff up. 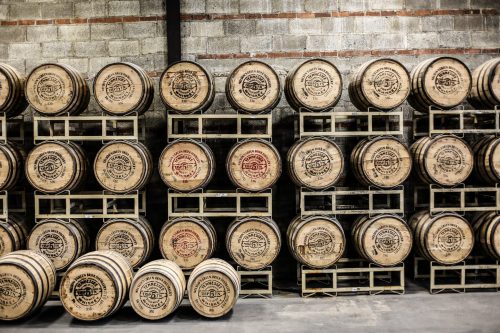 Why did you decide to re-open Green Brier?

Andy: In the summer of 2006 our dad asked us if we wanted to go to Greenbrier, Tennessee to pick up some meat from the town butcher. When we stopped for gas we saw a historical marker that said “Nelson’s Greenbrier Distillery.” Afterwards, we went down to the butcher’s house on Old Distillery Road. When we got there he suggested we check out the Greenbrier Historical Society, which is where we discovered the two original bottles of whiskey. When we saw our family name on it, I knew at that moment this is exactly what we’re meant to do with our lives.

Charlie: Every hair on my body stood up. It was a moment of clarity that gave me the chills.

Was it daunting to enter a new industry-especially working with another family member?

A: The hardest part was faking it until you made it- especially when in conversation with industry experts. In our parent’s generation people weren’t business owners at the age of 22. Some people definitely treated us with the attitude, “Who are these young kids? Call us when you’re successful. Maybe then I’ll help you out.”

C: In my business class, there was a full chapter about family businesses and only the last line said, “they can be rewarding.” While we don’t always agree on everything our differing opinions give us the best of both worlds. Actually what am I talking about? We rarely agree! 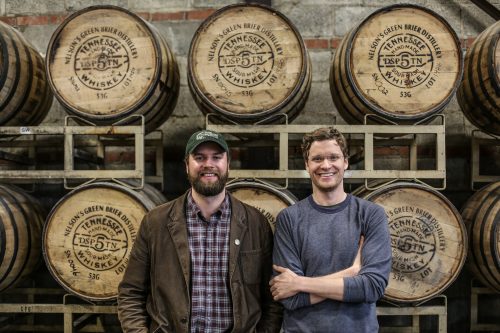 Yet you have the ability to meet each other in the middle.

C: Yes, and that’s why it works so well. Our dad is a great mediator and keeps us on the right path.

How did you two divvy up the responsibilities?

A: Our personalities defined the way our business was set up. Charlie is a big picture thinker and natural salesman. I am so detail oriented that I find myself explaining things to people that they probably don’t care about.

C: He makes the whiskey and I sell it.

What’s been most rewarding about the business so far?

A: At the beginning it was thrilling to get our product on the market. Then it was winning a medal in a competition, locking down our building and filling our first barrel! It was milestone after milestone that afforded us to continuously grow. 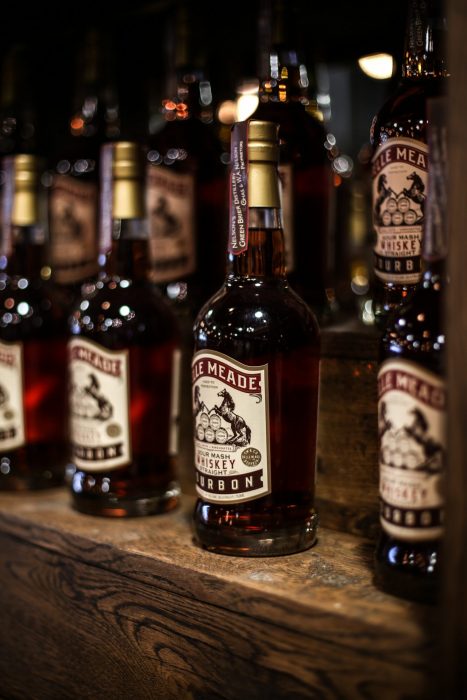 C: After working on this business for almost nine years now I’ve realized that it’s all one long, slow process. At the very beginning I thought, “Who wouldn’t throw millions of dollars at us? Slam dunk, no problem!” A year later we were still banging our heads against the wall. We recently transitioned into a phase where we can be more discerning versus taking every possible opportunity that comes our way. It feels great to have a lot more control over our destiny.

What is the cornerstone that keeps you sticking to the original vision rather than being easily influenced by outside opinions?

C: We started small and grew slowly, which has allowed us to really learn from the inside out. Had we been willing to relinquish control and take a minority position in the company we could have grown a lot quicker. While there have been a handful of compromises along the way I don’t regret any of them.

A: I have forced myself to step back and remember that if we nurture the business correctly we can’t lose. That mindset is crucial because as soon as failure creeps in then you’re going downhill. Our business is built upon patience, faith and not getting bogged down by the small details. There was a period where I would believe anyone’s opinions. Now it’s more, “Screw you. I know what I’m doing.” 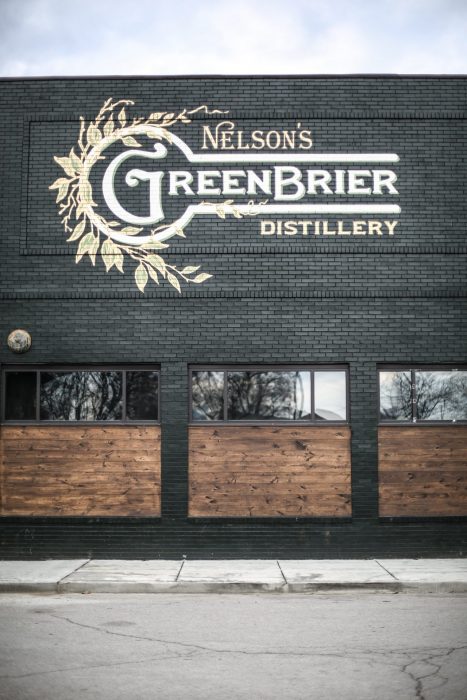