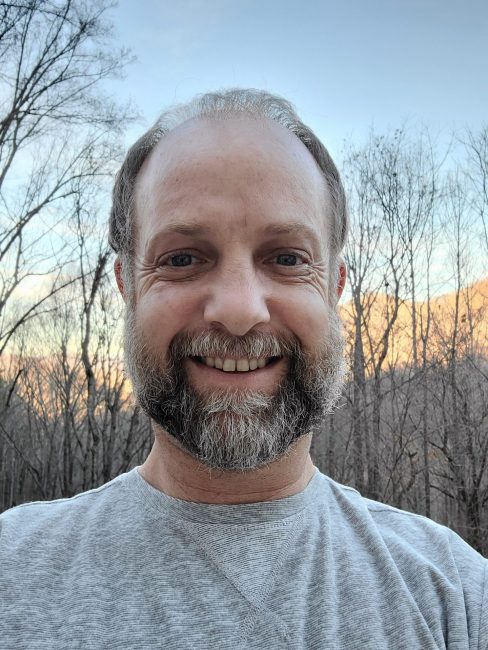 Humans are naturally attracted to uncovering what is hidden, however so infrequently do they have the opportunity to play detective. In Brian Wall’s psychedelic, dreamy worlds one is compelled to seek out something new every time. “Some long-time collectors, a husband, and wife, take a photo of my painting routinely and text it to one another so they can guess what that specific detail is,” Wall recalls smiling at their unique game. The lack of obvious imagery is his work’s currency and how he encourages viewers to access their creativity, which too often becomes dormant in daily life. 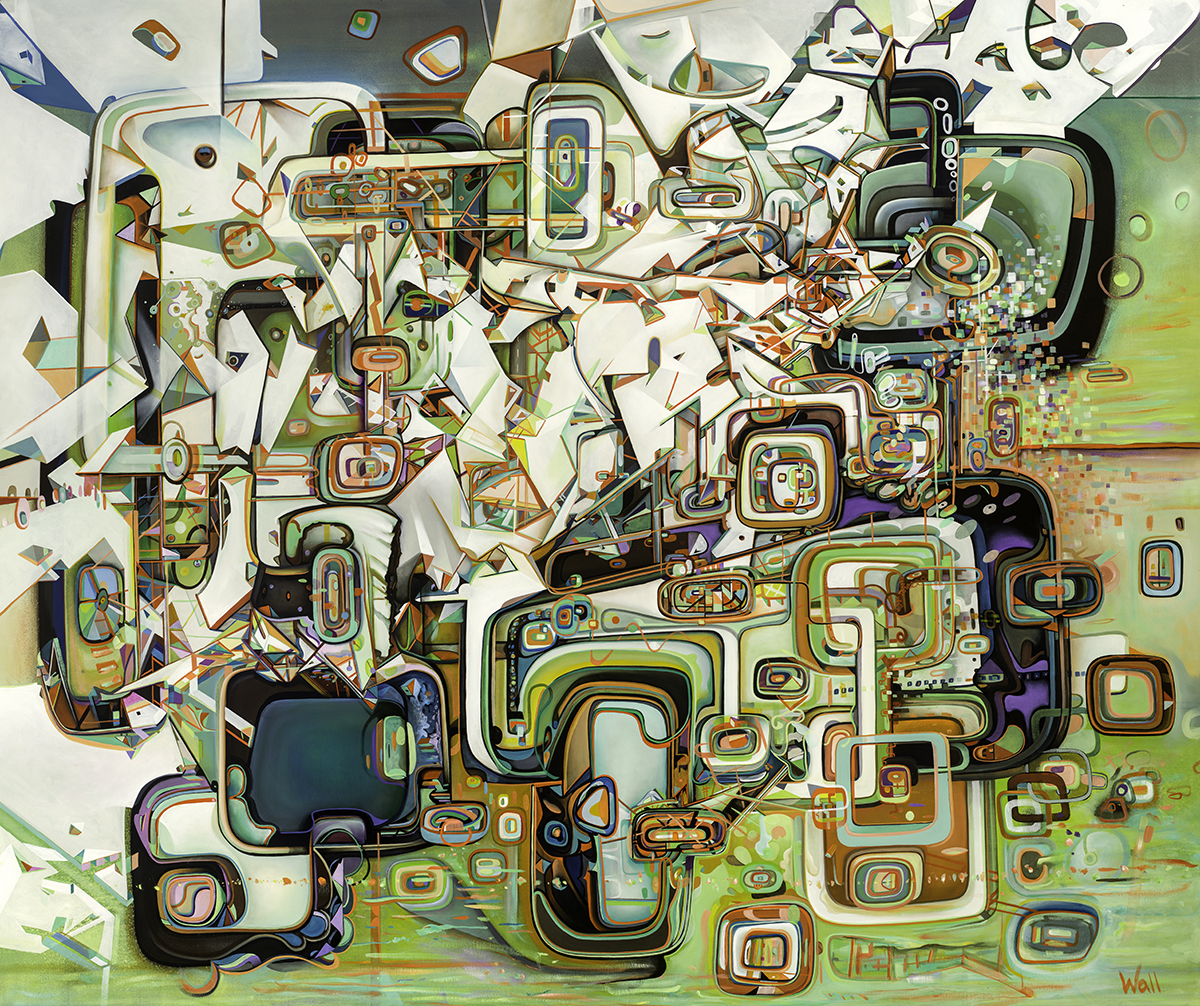 Wall has remained dedicated to the doodle-inspired, intuitive drawing style that he developed as a child. His work is often compared to M.C. Escher, famous for his impossible drawings. Both artists appeal to psychiatrists, mathematicians, and scientists. Similar to an optical illusion, their manipulated perspectives, and architectural lines are great for those who like to exercise their minds.

Wall spent the bulk of his twenties working in the hospitality industry in his hometown of Denver, Colorado. When he left to pursue art professionally, it was critical to always have a paintbrush in his hand. He spent the next 15 years working as a decorative painter accentuating multi-million-dollar properties with murals and gold leafing. The high-pressure environment trained his craftsmanship and prowess for creating 3-D images.

Building his own portfolio in the evening hours, Wall began accumulating enough material to exhibit. Early on, he attracted loyal collectors who gravitated towards his Surrealistic environments, non-sequiturs that blended familiar settings with commentaries on heavier themes. “I became convinced upon selling one of my first paintings “Leap of Faith,” which explored how stringent philosophies can be pounded into you, that buyers must have similar neurological patterns to myself where they enjoy drawing parallels between nonlinear concepts.” Wall also liked that his work gave viewers a break from the noise, technology, and routine of daily life. 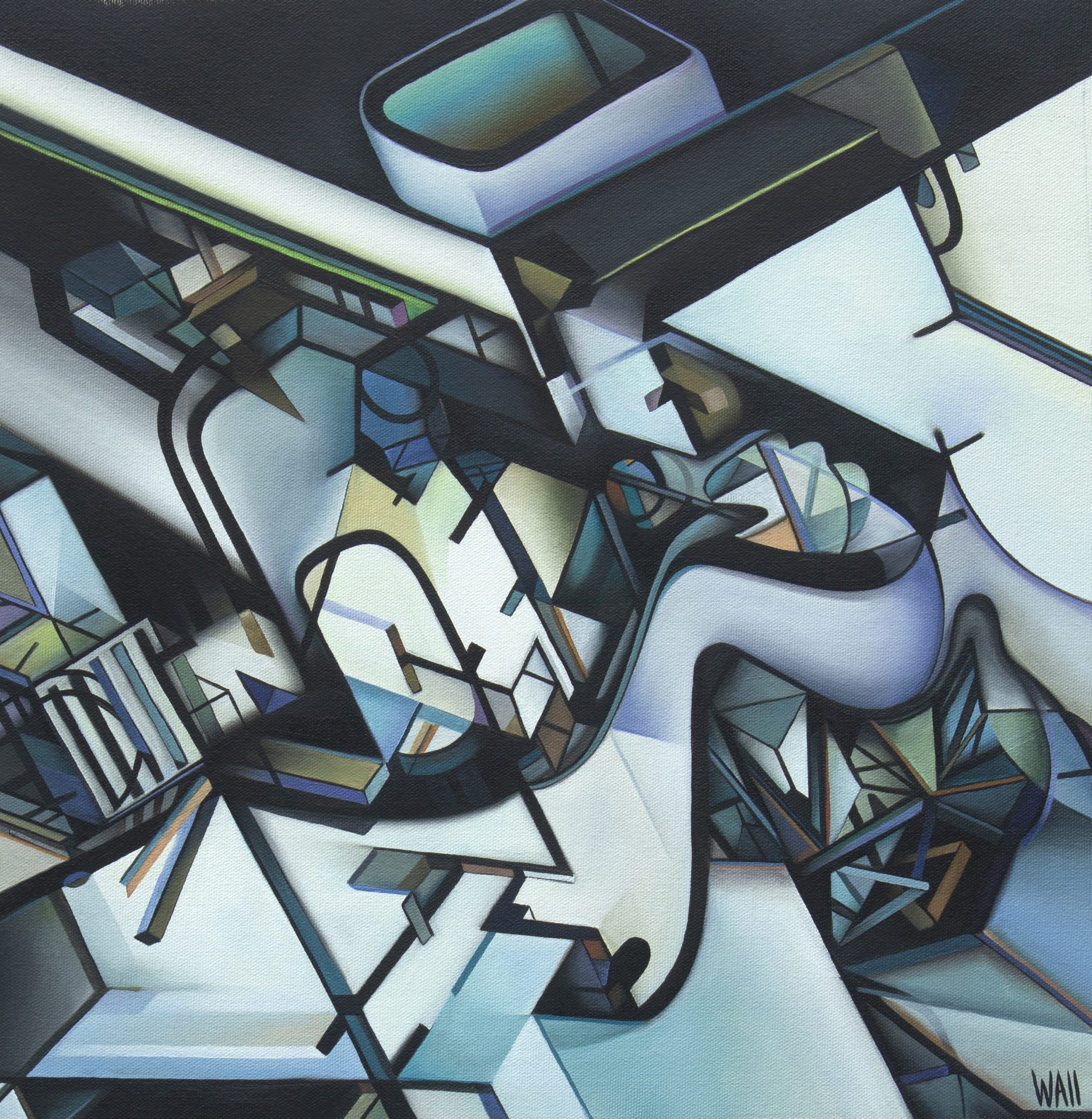 It was a move to Costa Rica that inspired a new body of work, influenced by the tropical environment that enveloped him. Wall capitalized on the exotic beauty translating his abstract style to fish, turtle, and bird outlines. The work was both commercially successful and challenged the artist’s abilities. Additionally, the remote setting made him realize that seclusion was indistinguishable from his creativity. Keeping this in mind when the family chose to move back to the States, they selected Asheville, North Carolina for its calm, wooded setting.

The move was also an inflection point in Wall’s career in which he asked himself how can I push myself even further? Realism had always intrigued Wall, as had incorporating science and history-based themes. Looking at this chapter as an experimental phase, in which he had the confidence to explore, he began studying realism techniques and planning out his extemporaneous process more. His work took on a headier direction. “I’ve always just walked towards the canvas and started painting because I love creating so much yet, I’m excited by what might happen through being a bit more premeditated,” he muses.

Wall also feels a greater social responsibility. While he still intends to tease the eye through perspective, shadows, and depth, global issues like climate change have slowly crept into his work. He is tackling serious topics in an aesthetically pleasing manner so they stick in people’s minds. “A recent scene shows a child, in a dystopian setting, burying their head in a book rather than acknowledging the pollution around him,” he explains.

However, even as he consciously reins in his ad-libbed process Wall’s natural behavior will always be to go “a bit off the rails” creatively. After all, it is the intellectually stimulating step-by-step practice of putting together a puzzle that intrigues him. He’ll always be interested in what he can pull out of the subliminal. “When you’re working intuitively you never know what’s going to happen,” he says with a wink.

A Look Back At Sip It! Featuring Restaurateur Miranda Whitcomb Pontes

Live Interview with Buddy Jackson at the Rymer Gallery