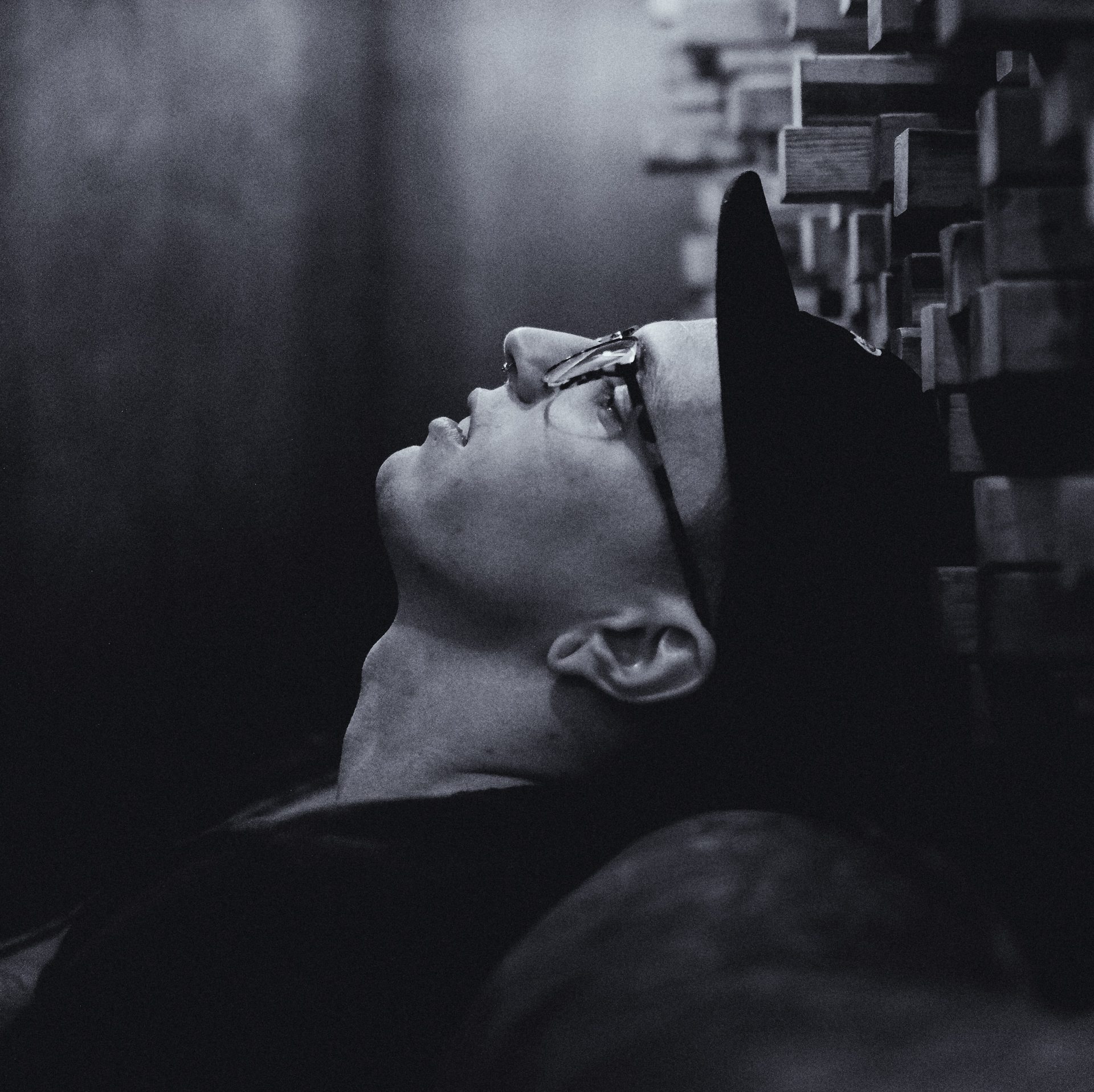 Processed with VSCO with x6 preset

Sidesplittingly funny, smart-as-hell, and shockingly insightful is how I see singer-songwriter James Droll. After meeting at our pay-the-bills bar gig in 2014, the performer and I became good buds. Immediately, we bonded over our common beliefs: stealing (in terms of inspiration) is the key to creation; waiting tables is a great way to become more resilient to rejection; and finally, be selfish when it comes to making your art and cross your fingers that it resonates with others. Like myself, the man who speaks in metaphors shoots for the moon. In his musical career, he wants to go as far as he can.

Until dropping his latest cuts, it had been a long time since Droll felt pins-and-needles excited. His latest collection of songs describes where he came from, where he’s going, and what is happening at the moment. While his soulful voice had previously overshadowed his songwriting, it is now Droll’s wordsmith abilities, which define him. Ambiguity is the artist’s weapon of choice for contextualizing, and chipping away, at life.

You and I suck at getting together so I finally had to kidnap you after work one night.

While we’ve known each other for years I have to admit, I don’t know that much about your background.

JD: I’m just going to give you the elevator pitch of my life. I grew up on a llama farm in rural Ohio. Next, I dropped out of school to join a professional video game team. After that petered out, I quit the team, joined a band, and started touring with them all over the country. Around that time, music became my release. It’s how I get in touch with my emotions after growing up in the severely repressed state of Ohio.

Aha. When was the first time you realized it was your means of communication?

JD: I had my first real heartbreak at age 21, which is when music became my way to open up. My stress and emotions usually manifest in physical ways—teeth grinding, headaches, over-sleeping. I try to prioritize creating, as much as possible, so I can process my life.

How would you describe your particular songwriting style?

JD: I love a good metaphor, which allows me to more easily express my emotions. Analogies, like an oven mitt, act as a veil so I can disconnect just enough to put my truth out there. Hopefully, that distance also helps to humanize my experiences.

JD: “After listening to your song, I felt less alone.” I want to share my burdens with other people—simply so they can relate as we all have our own shit. Those words fueled me on a day when I was teetering in my self-confidence. I need that from time to time.

Me too. How did you pick your current musical style?

JD: What I like and listen to is what I put out into the world. Also, I have to believe that my music will connect with others. My barometer generally is, “If I put this song out into the universe, and people don’t respond to it, then I’m done.” While that might be dramatic, it’s also my way of fully committing to the craft. I’m way beyond my “whatever,” this is what I’m doing for now phase.

Do you have an ultimate career goal in mind?

JD: To not hemorrhage money. (Laughs) My ultimate goal is to always make good on my word and have the resources to back that up. It’s one step on the staircase at a time.

There you go speaking in metaphors again. One last question: tell me one of your dreams.

JD: (Long pause) To consistently create music and collaborate with as many people as possible. I also want to show my listeners another angle of life.

If you live in Nashville, go see him this coming Monday, June 5, at BMI’s 8 off 8th Showcase at the Mercy Lounge.

Finally, scope out the killer Spotify playlist he created for the forthcoming Nashville Pride Festival.