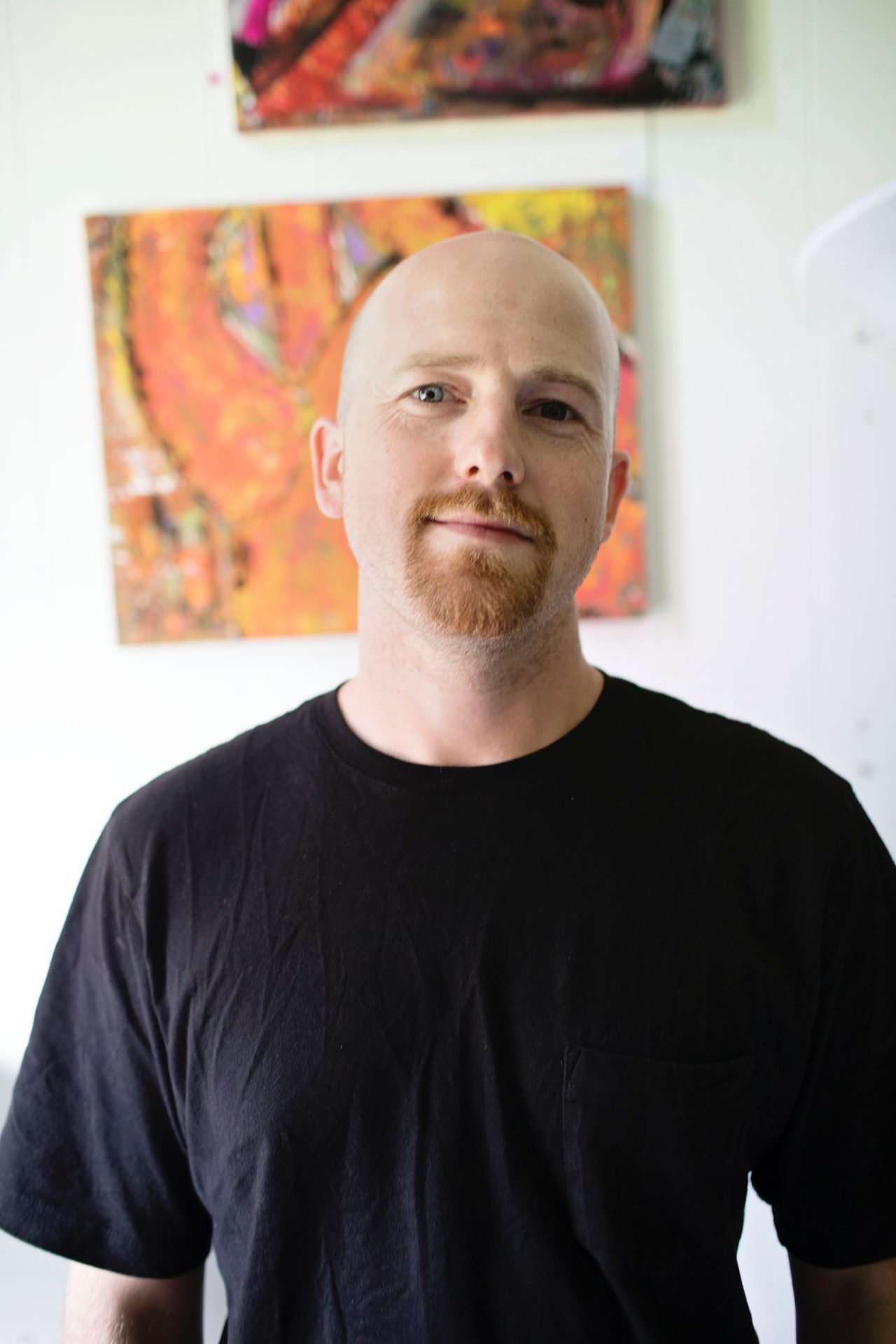 This conversation, as part sixteen in our weekly Nashville Quilt Project round-up, features Poverty & The Arts client David. The Nashville Quilt Project is a 50-foot mural located on Charlotte Pike as part of Off the Wall Nashville platform. Founders Jake and Hana Elliott, of WHAT. Creative Group, photographer Elizabeth Ratliff, and I partnered with four nonprofits to highlight their exceptional arts programming post-national budget cuts. A collaborative effort every step of the way, the mural was funded by local business owners and community members, and created by a diverse collection of local artists. Collectively, they have said that their favorite part of the process was having the opportunity to build bonds with strangers over a shared interest: the fulfillment and emotional satisfaction they receive from creating art. This allows them to channel their emotions in a world that, generally speaking, encourages us to suppress them. Through Poverty & The Arts, a social enterprise program founded in 2014 that helps homeless artists create, market, and sell their artwork, David discovered the Nashville Quilt Project. By offering supplies, studio space, training, and exhibitions, Poverty & The Arts has given artists like David a much-needed self-esteem boost. He expresses his gratitude for the program below.

Tell us a bit about yourself.

David: I’m a Tennessee native and was a part of the army from 2006 until 2008 when I was released because of a medical discharge. While I was good at my work, I wasn’t passionate about it. I moved to Nashville in order to find something else. I started going to school here for graphic design because I love creativity and have an eye for beauty. I wanted a more refined way of expressing that energy.

What kinds of creativity were you drawn towards as a kid?

David: Anything I could break and put back together. (Laughs) I became really good at fixing things over time.

Why did you end up leaving graphic design school?

David: Midway through, I got into a pretty bad car wreck and because of the financial struggles I wasn’t able to finish. From there, my marriage unraveled, I became incarcerated for something I can’t disclose and was falsely accused of, and then when I got out of prison, I became homeless for about eight months. Now I work at a screen printing company who hired me three years ago

Why did you become homeless?

David: My only family lived hundreds of miles away. I had absolutely no idea where to go or stay.  Fortunately, I found Room at the Inn, which is where I was introduced me to Poverty & The Arts. Kateri, one of the other Nashville Quilt Project artists, peered over my shoulder one day and encouraged me to contact the founder, Nicole. This place is my sanctuary, safe haven, and source of happiness. I’ve met some of the most amazing people in my life through this program.

What is your favorite thing about Poverty & The Arts?

David: No one judges you for who you are or where you came from. It’s all about what you produce. I always felt like an outcast because I did not like the people that I was around. This is the first place that has ever made me feel welcome or included. While we’re all different, we have the same heart. It’s the family I always wanted.

Did you consider yourself an artist before coming to Poverty & The Arts?

David: I was always creative but never tried that hard. Since I’ve been here, I’ve learned so much from my peers that I am now able to teach newcomers. I went from barely being able to paint a stick figure to doing work that I’m really proud of.

Tell us a bit about your Nashville Quilt Project piece.

David: The painting symbolizes that there is so much more to Nashville than just music. There is an eye icon that speaks to the idea that sometimes it is hard to see what options are available to you.

How do you feel about the recent changes in Nashville?

David: The city used to feel like it was comprised of banjoes and beer drinking but now there is more theatre, visual art, and other creative activities. Nashville has everything that you would need in life.

Is it important to you to be involved in Nashville’s art scene?

David:  Yes, and my desire to be involved goes beyond the gallery scene. The people in this city are art themselves. I also loved this project and think the city could benefit from doing more like this.

What is in your future?

David: To be honest, I don’t know but as long as I have my friends, artistic freedom, and Poverty & The Arts I’m fine. I always want to be involved with this program. All I want to do is give back what they gave me.

Read more about Off the Wall Nashville here

I am moderating a panel for Nashville Design Week!