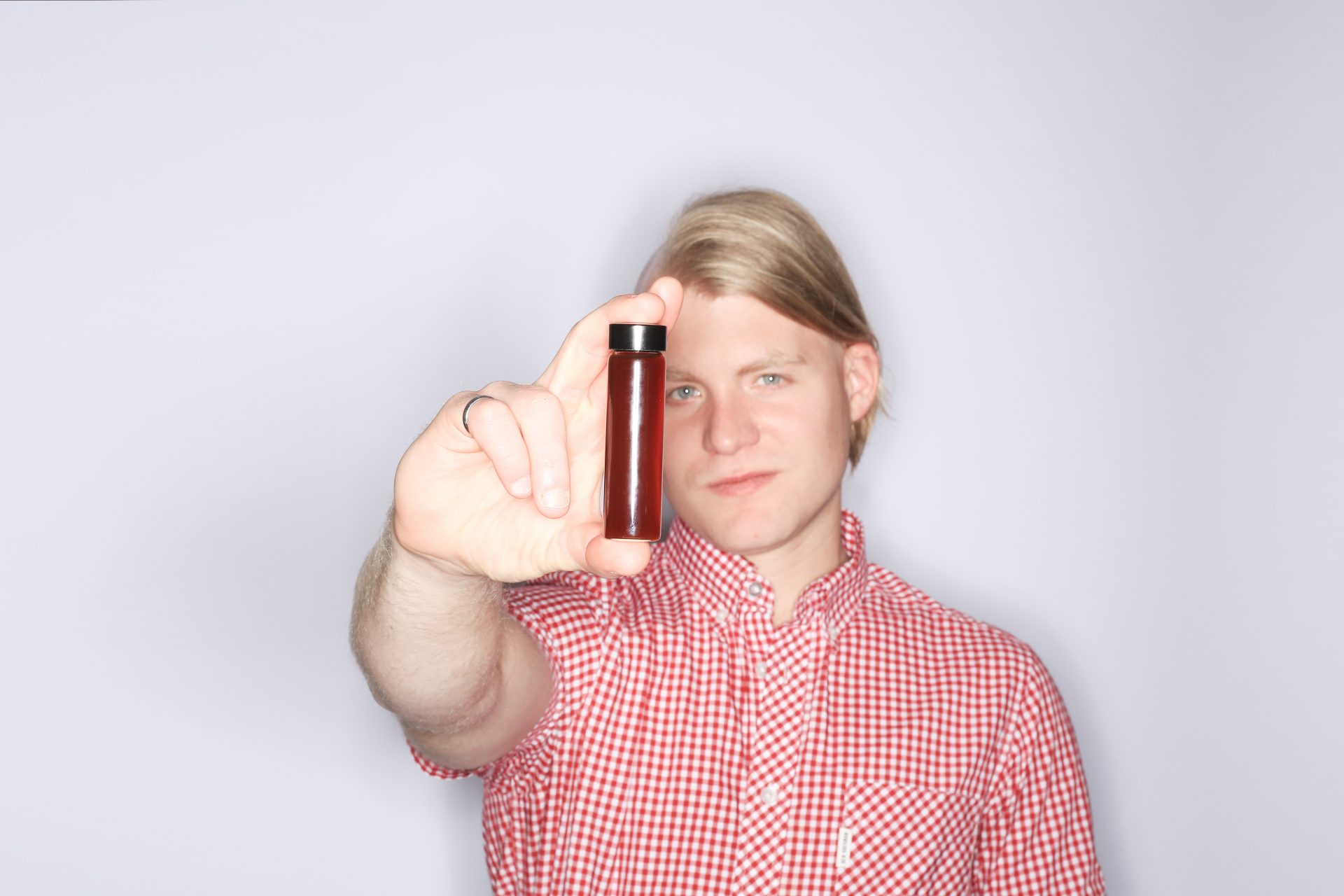 If you’re doing your passion every day why wouldn’t you have an awesome time? Distilled beverages and herbal liqueurs make Brett Steigerwaldt happier than a kid in a candy store.

For the last decade, the liqueur maker has worked towards his goal of creating happiness in a glass. The craft is his art form and all that he thinks about. In one sip, he aims to tell a story—just for the sheer love of it.

Originally from Indianapolis, Indiana, Steigerwaldt moved to Nashville at age eight. As a child, the left-right brained boy was proficient at painting, science and math. Distillation bridges that same gap for the detail-oriented, big picture thinker.

At age 18, the self-proclaimed idealist enrolled in college where he wanted to design robots. Alcohol became a cheap way to travel outside of his Middle Tennessee surroundings. For his friends and dorm mates Steigerwaldt began making infused liquid concoctions— occasionally horrendous and other times honorary. During this time, he discovered a sixth sense for recreating experiences. He had a knack for capturing location, memory and emotion through taste.

The engineer makes every decision with the intention of one day owning his own distillery. He developed a scientific understanding of timing and ratio through his mechanical design and control system background. From producing large-scale batches to increasing labor efficiency, he is comfortable and confident wearing multiple hats.

Most importantly, the lifelong learner has an insatiable thirst for other cultures. He is a world traveler who loves nothing more than to buy a stranger something to drink and ask, “What’s it like to be you?” Globetrotting forced him to figure out who he is and how to be comfortable in foreign situations. He views distilling much in the same light —by allowing himself to stumble in the self-education process the puzzle pieces naturally came together. Trial runs are the secret to fine-tuning his process.

Talk of the Town TV Appearance