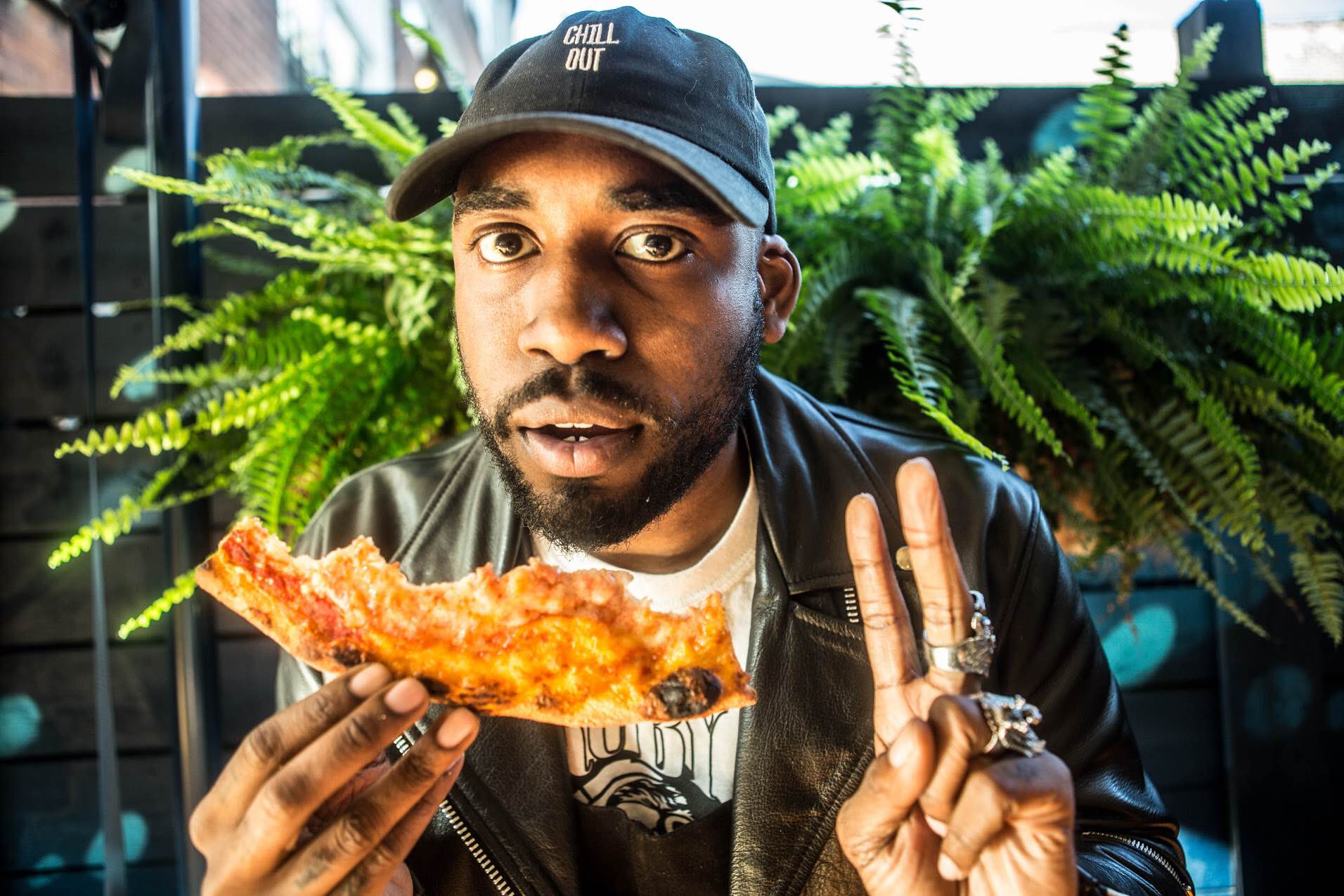 Clinton Sandifer, aka ShowYouSuck, is a rapper based in Chicago, Illinois. The artist will always stand by his own brand of quirky—a mosaic of cultural elements that have influenced his creative process throughout the years. He is passionate about patch-working together genres, scenes and people that wouldn’t fit a traditional puzzle. By staying true to himself, Show has created a style that listeners can spot a million miles away.

Let’s start off by you telling me a bit about yourself.

First and foremost my love for art started with cartoons, comic books and anime. Next it was my sister exposing me to hip-hop beyond the mainstream radio level. Then, this MTV kid got really into alternative, punk and rock.

Did you find rock ‘n’ roll more inspiring than rap at the time?

I got into rap pretty late in the game—honestly, it didn’t spark my imagination like Black Sabbath, Gwar and AC/DC.  However, rap is an art form that can be done on your own, which is why I fell into it. I couldn’t find anyone that wanted to start a band!

How does one learn to rap?

By listening. I wasn’t focused on the technical elements but rather doing what felt right. I’d pinpoint what I liked about a song and copy it. Everything I do is an homage to something that has previously inspired me.

When did you start to take your craft seriously?

In high school, we would battle kids in between basketball games. That, in many ways, trained me for the stage—I’m very good off-the-cuff. Free-styling forced me to build up my wit and become super quick. I always know what reaction I’m going to get from that action.

Why do you think spitting rhymes came naturally to you?

I am hyper aware of how I feel in every moment and what it is that I want to get across. I’ve always been extremely conscientious.

That’s one way to put it. (Laughs) For me, a lot of my songs stem from inside jokes between friends. From nearly every exchange I come up with something to use in a song. That’s just how my mind works.

Do you structure your albums in a similarly spontaneous way?

Actually, for the first time I’m making an album with a predetermined narrative and overarching story. Usually I just take bits and pieces and figure out some clever way to make them all connect. In my world, writing has always stemmed from stream of consciousness that becomes a seamless piece of art through branding and cultural elements. The music I’m making right now is an entirely different beast.

As an alternative kid, were you easily accepted into the rap culture?

Not at all. In the early to mid-2000s no one knew what to make of me. I was this weird, multicultural black kid, which wasn’t a thing yet. I was the oddball amidst thousands of mainstream rappers. It hasn’t been until recently that my kind is celebrated.

What’s your personal definition of weirdo?

Someone who refuses to mold themselves to the cultural norms of the urban entertainment landscape. I wear that on my sleeve.

How did you develop your stage presence?

By attending a lot of hardcore shows and watching wrestling matches. (Laughs) Last night kids were jumping off speakers at my show.

When did you start defining yourself as the artist you wanted to be?

In 2006, I was making rap music but still pandering to the masses. My sets of friends were separated between hardcore, skater and hip hop. I connected with all of them on different levels. That year I made this song called “Skinny Jeans” in which I referenced all of the subculture stuff that I’m into. It was the first time that all these different friend groups liked my music. It was the first time I realized that the real significance is connecting to others on a cultural level rather than just being technically inclined.

I’m sure it was successful because you truly owned you.

One of my favorite rap groups of all time is Three 6 Mafia. A lot of my songs are similar to theirs but come through my own filters. Others are my version of a Daft Punk song. Nothing is 100% original. That’s crazy.

They are your role models.

Absolutely. I have tons of them.

Do you feel that the second you took the pressure off your music that was when stuff started clicking together?

(Laughs) In 2015, I finally treated my music like art, which is when so many insane doors started opening up for me. I stopped playing by the rules and learned to appreciate the process, not the results. Releasing the art is my gratification.

Has word of mouth helped you build a following?

100%. I’ve grown my fan-base by being a part of different cultures, and watching them graciously spread the word. A lot of my success has come from people being a fan of Clinton.

Do you write everyday or make music when the mood moves you?

My creative brain clicks on in a writing session or in the studio. Every moment outside of that is spent absorbing what is around me.

How do you know if you want to collaborate with someone?

I’m heavy on energy and vibes so I’ll only do it if I like you. I might not even be a fan of your art but if you’re cool, yeah I’ll make some stuff with you. Life is too weird and unpredictable for me to spend my time around stuffy people. Assholes aren’t for me.

Agreed! What’s been one of the most exciting things that’s happened in your career thus far?

I’ve been able to develop friendships with artists that I’ve listened to forever. Also, being embraced as a performer by the comedy world, which I hold to such a high-esteem, has been a huge honor. I know I can take a 5,000-person crowd—and not in a cocky way—but doing sketches and shows is a whole other ball game.

Has it improved your hip-hop shows?

Oh hell yes! Comedy has also exposed me to an older audience. I’ve had people in their 90s come out to my shows on a regular basis.

Senior citizens want to have fun too!

(Laughs) At the end of the day, good energy translate everywhere because everyone wants to have a good fucking time!

Yeah we do! What’s your personal can’t-live-without-it code?

If 12-year old me wouldn’t be excited about an opportunity I won’t do it. I regret every single time I’ve gone against that barometer.

Here is a link to my favorite ShowYouSuck song “All Wavy Everything.”