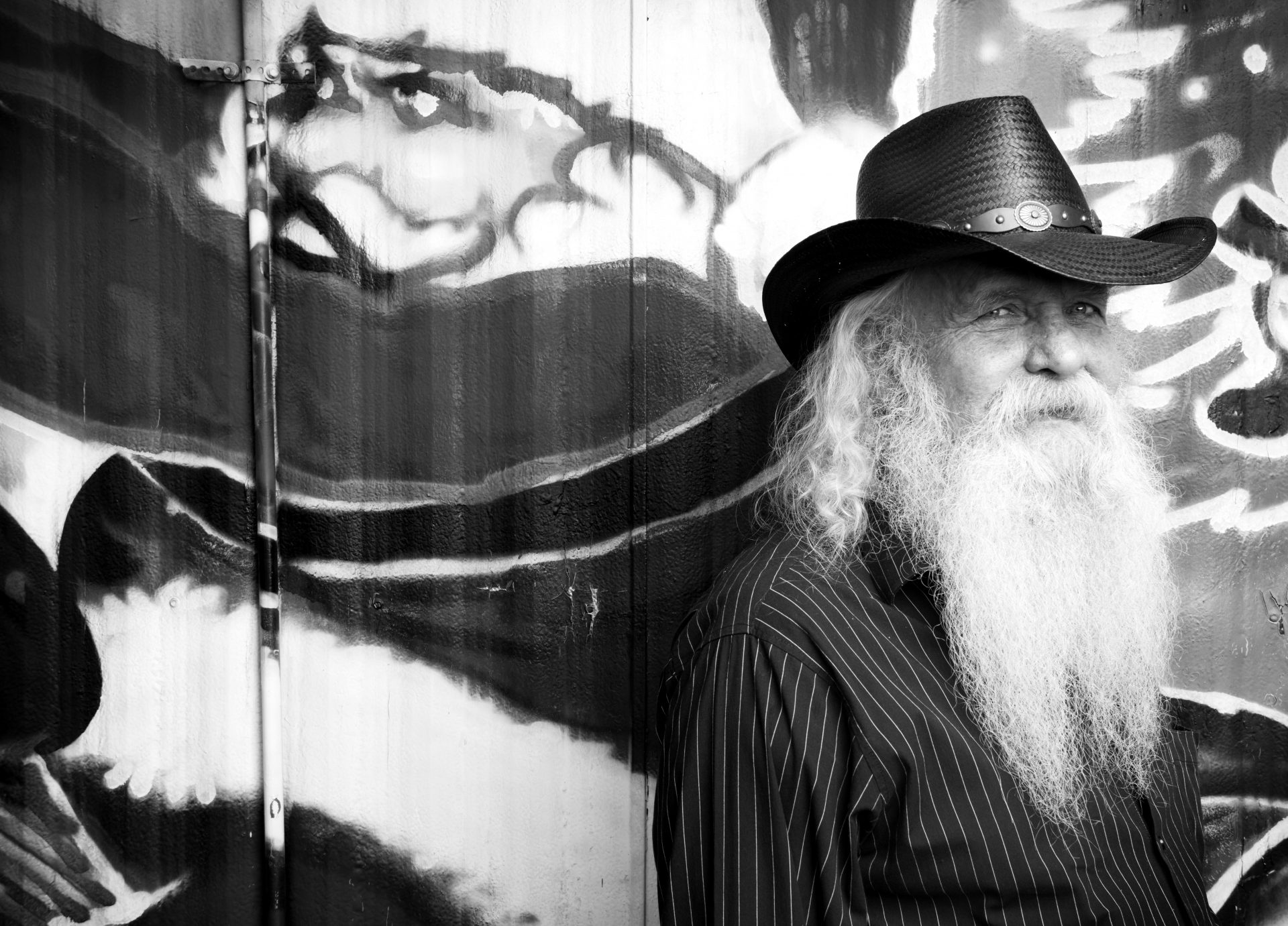 Denzel Irwin & Angelina Stillings are the faces of world-famous Nashville dive bar Santa’s Pub. In the doublewide, everyone is a star. The couple proudly serves up cheap beer, karaoke and good cheer nightly.

Let’s have a glimpse of your pre-Santa’s Pub life.

Denzel: I was born in Franklin, raised right here in Nashville. For three years I was in the army and when I got out I drove an ambulance. Then I bought a liquor bar downtown. One day a gang of bikers shot me in the shoulder.

Someone shot Santa? Sounds like a bad horror film…

S: I reckoned myself to be more like John Wayne back then. I poured whiskey on the wound, covered it with a bar towel and tried to sew it up myself with a needle and thread.

Nashville was indeed for outlaws back then. Did you keep whistles wet for long?

S: After I shut the bar down I went into commercial painting for 45 years, and became a Pentecostal preacher in Florida. Next I got into solar energy. Once I master something I move onto the next thing. I feel like I’ve lived three times because I can’t think of anything that I haven’t done.

How did you and the Mrs. meet?

S: Angelina and I have been engaged since 1969. I’m a procrastinator plus we need to make sure it works! {winks} I joined the army shortly after we met, went overseas and we lost contact with one another. When I came back, I couldn’t find her. Decades later, I was painting a lady’s house and mentioned by chance that Angelina was my first love. The client dialed up her phone number and we’ve been together ever since.

That’s so romantic! What is it that you love about tending bar so much?

S: Whether it’s someone famous or a bum on the street I like talking to people. You learn something from everybody. Plus, it keeps me from sitting on the couch and getting fat.

How did Santa’s Pub become such a hip place to go?

D: Word of mouth and my decision to stay open until 3AM. The first month, I was on the deck one night and two boys rolled up and asked for a beer: It was JEFF the Brotherhood. They started bringing their friends here, then came a Warner Brothers video and a documentary. Quickly after that the whole damn place went crazy! We host karaoke seven nights a week and everyone from Kacey Musgraves to Mumford & Sons has sang in this room.

Angelina, as a first-time bar owner what has been the most rewarding part of the adventure?

Angelina: The kids who come here are wonderful. This bar completely restored my faith in humanity.

You’ve been voted one of the top 20 dive bars in the country. What’s the secret to your success?

As the future spouse of main attraction, Santa himself, what is it about Denzel that people are so drawn to?

A: It’s just who he is. Plus, he’s got lots of stories to tell, tricks up his sleeve and so much love for people.

What kind of tricks?

A: You’ll have to ask him to show you.

I’ll be back tomorrow night to find out!